Welcome to the latest edition of Cointelegraph’s decentralized finance, or DeFi, newsletter.

What you’re about to read is the smaller version of this newsletter. For the full breakdown of DeFi’s developments over the last week — released a whole lot quicker than Cardano’s smart contracts — subscribe at the bottom of this page. 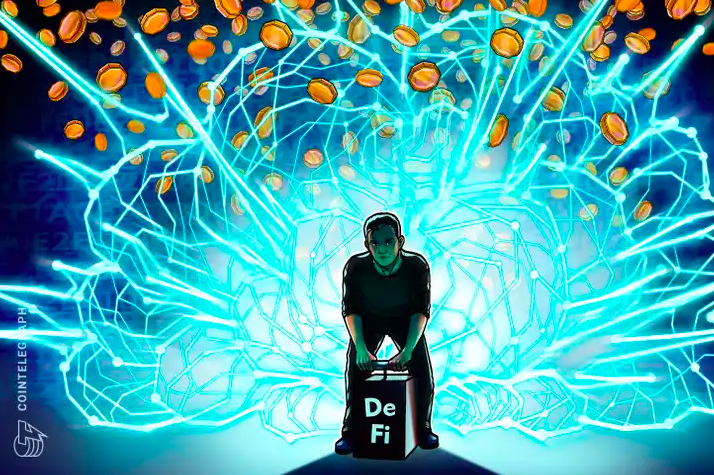 This week, analytical data revealed that DeFi continues to be one of the fastest-growing sectors of the crypto economy as evidenced by increases in the total value locked, or TVL, on protocols. Some of the biggest gains have been witnessed across cross-chain compatible networks and layer-two protocols that offer a lower fee environment.

Part of the Avalanche network, Trader Joe is a protocol that has experienced significant inflows since the launch of an upgraded cross-chain bridge. It allows Ethereum-based tokens and applications to migrate to its ecosystem, which has resulted in a 53.96% increase in TVL this week.

The recent emergence of layer-two technologies such as Arbitrum, Optimism and a bridge to the Avalanche ecosystem is revolutionizing the way investors, builders and developers interact with various protocols.

Each facilitates fast, low-cost transactions that improve the fundamentals of the DeFi ecosystem while also making it easier for retail-sized investors to capitalize on opportunities.

U.S. against the SEC

United States investment firms Invesco and Galaxy Digital Funds teamed up this week to file a registration statement with the SEC in a bid to gain approval for the sale of Bitcoin exchange-traded funds (ETF).

If approved by the SEC, the Invesco Galaxy Bitcoin ETF will be registered as a securities offering with the ability to get listed on traditional national exchanges in the United States. According to the filing, the trust will use “robust physical barriers to entry, electronic surveillance and continuously roving patrols” to protect Bitcoin privacy.

Likewise, fellow U.S. firm Amplify ETFs also filed a registration with the SEC, in this case, to add DeFi-centric, open-end ETF funds offering to the Amplify ETF Trust. Approval of the FORM N-1A filing will allow the company to issue unlimited new shares for American investors.

One of the developers behind popular decentralized exchange SushiSwap has rejected a purported vulnerability reported by a white-hat hacker snooping through its smart contracts.

According to media reports, the hacker claimed to have identified a vulnerability that could place more than $1 billion worth of user funds under threat, stating they went public with the information after attempts to reach out to SushiSwap’s developers resulted in inaction.

However, SushiSwap’s pseudonymous developer soon took to Twitter to reject the claims, with the platform’s “Shadowy Super-Coder” Mudit Gupta stressing:

“This is not a vulnerability. No funds at risk. If rewarder runs out of rewards, withdrawing LP will fail but anyone (not just sushi) can top up the rewarder in an emergency. Sushi can also just remove the rewarder.”

DeFi’s TVL has fallen sharply by 16.08% this week to a figure of $105.15 billion — paralleling the decline of the top DeFi tokens. 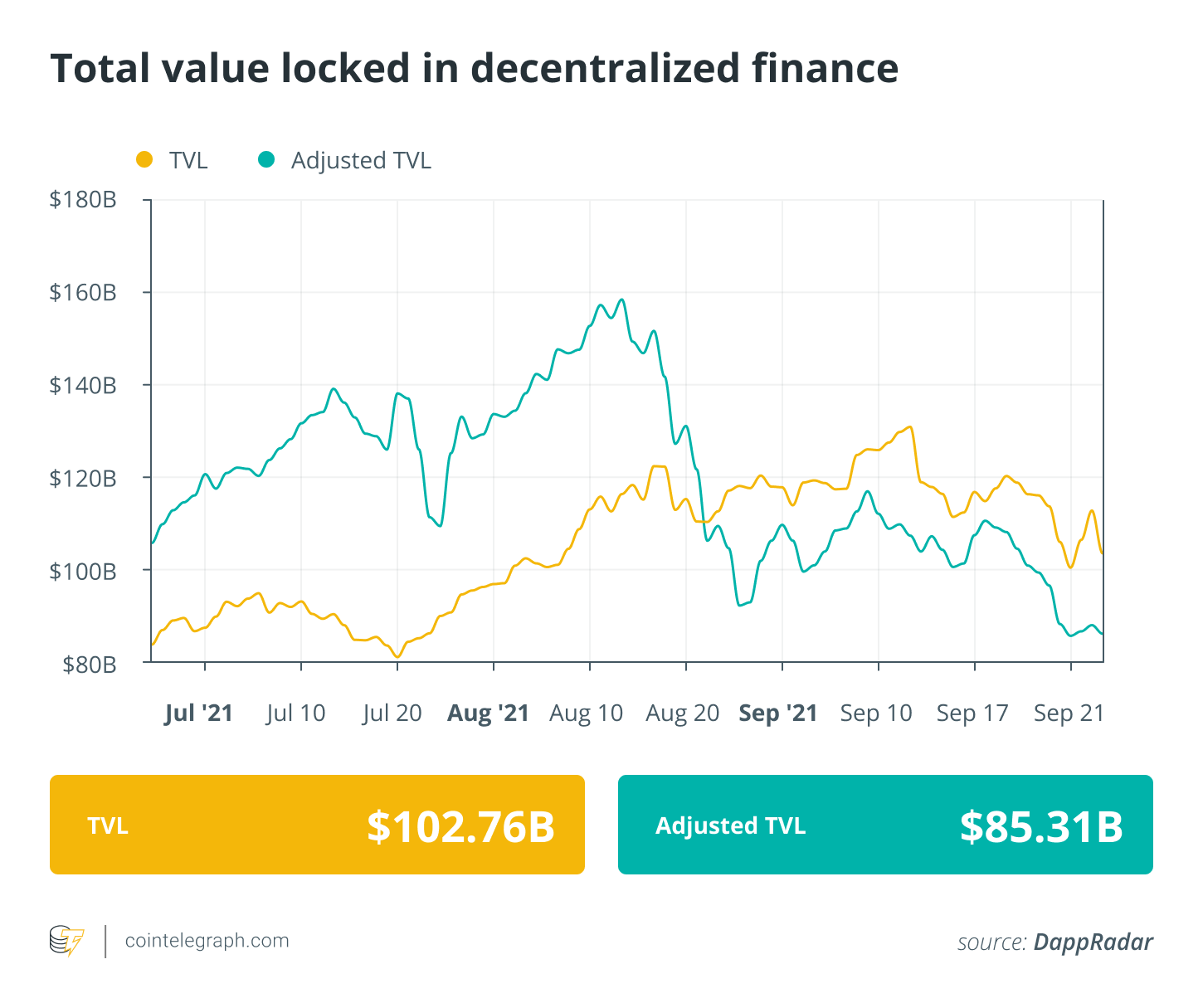 Avalanche (AVAX) took the top spot on the podium for bullish gains this week with a respectable 13.7%. After a final day surge, Ren nudged over the green line, but still in a distant second with 0.64%, while Dai made up the numbers in third with 0.34%. When a stablecoin makes the top three, that’s when you know it’s been a bad week! 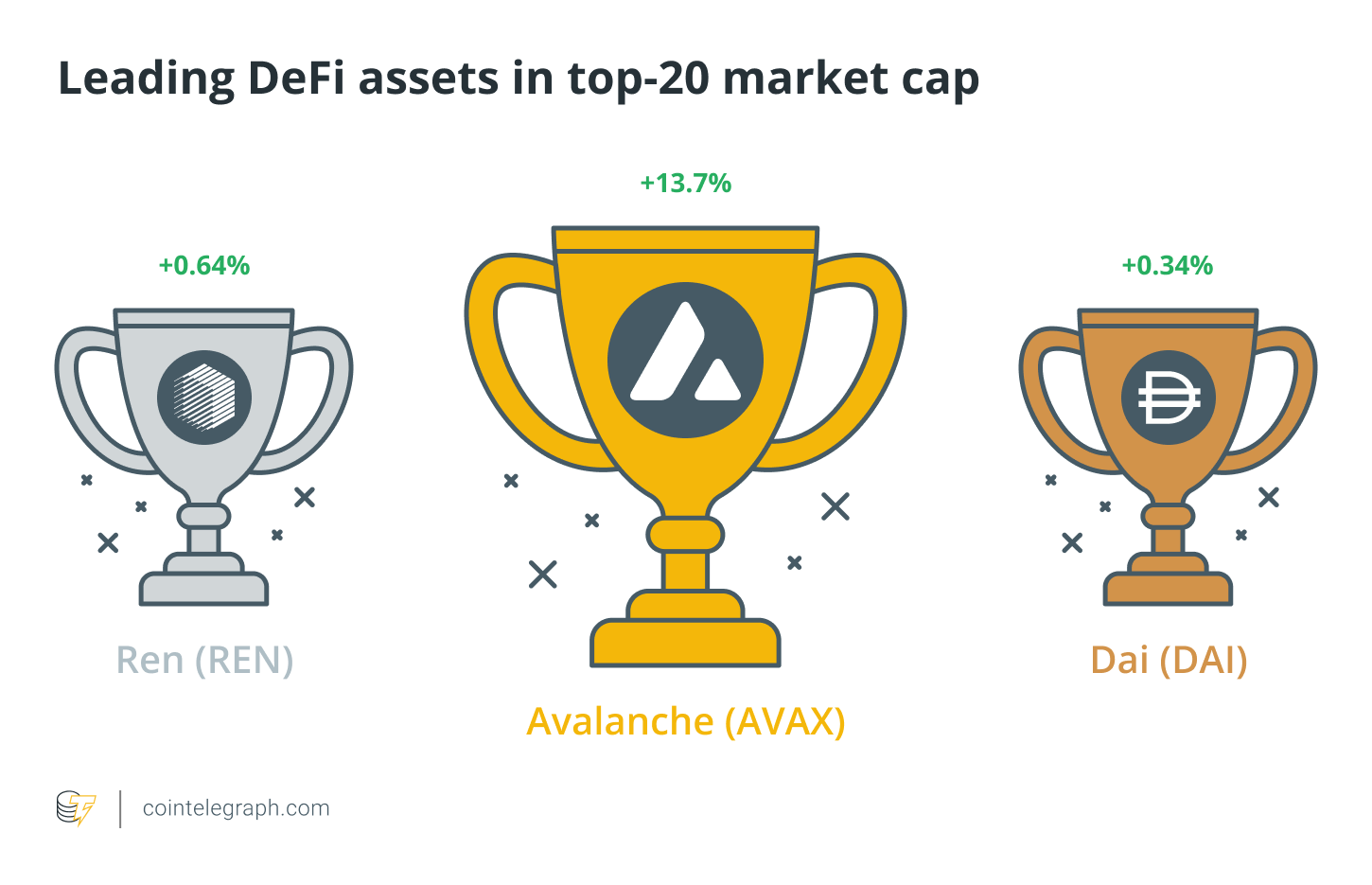 Want to further your education? Read these additional stories:

Thanks for reading our conspectus of DeFi’s biggest stories this week. Join us again next Friday for a round of fresh stories, developments and insights from the world of DeFi.