High transaction costs have been a thorn in the side of investors and developers for more than a decade and the issue became worse in 2021 after the emergence of decentralized finance (DeFi) and nonfungible tokens (NFT) led to record-high levels of activity across the cryptocurrency ecosystem.

Since the completion of Ethereum’s London hardfork, cross-chain bridges and layer-2 solutions have been revised as options for mitigating the high fees on the Ethereum network. In the past two weeks, Celer, a layer-two scaling solution that utilizes off-chain transaction handling to help increase the throughput capacity of its network has been seen an uptick in user activity. 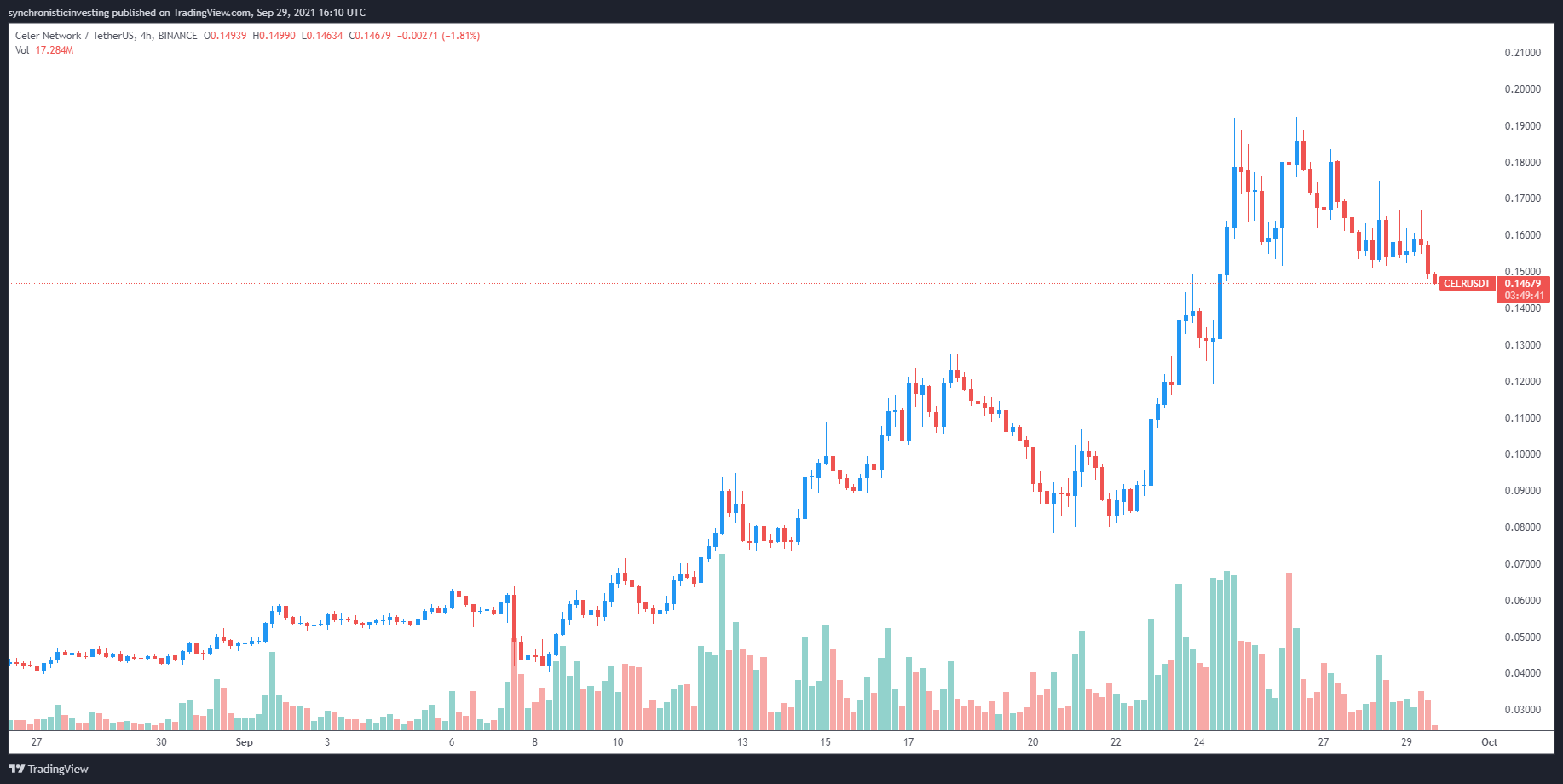 Three reasons for the price rally in CELR include the release of the protocols cross-chain software cBridge, new integrations which have led to the expansion of its ecosystem and the increase in overall strength and demand for layer-two solutions.

Cross-chain connections through the cBridge

Arguably the biggest development to come out of the Celer protocol in 2021 has been the release of its cBridge cross-chain bridging solution which went live on the mainnet on July 22.

At the time of writing, the cBridge supports the transfer of assets between 10 different protocols including Ethereum, Binance Smart Chain (BSC), Polygon, Fantom and Avalanche. 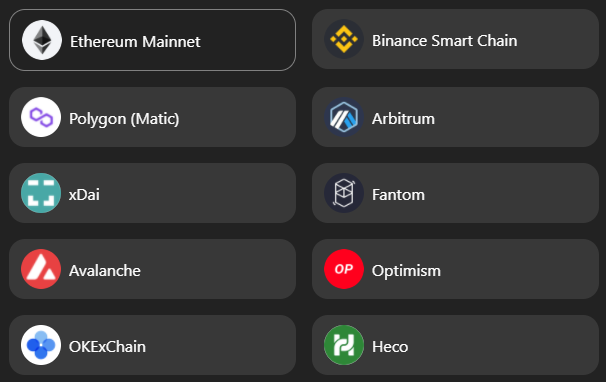 Data provided by Celer shows that in the two months since the launch of cBridge, the protocol has facilitated the transfer of more than $242 million worth of value between networks as it continues to rise in popularity amongst the crypto community. 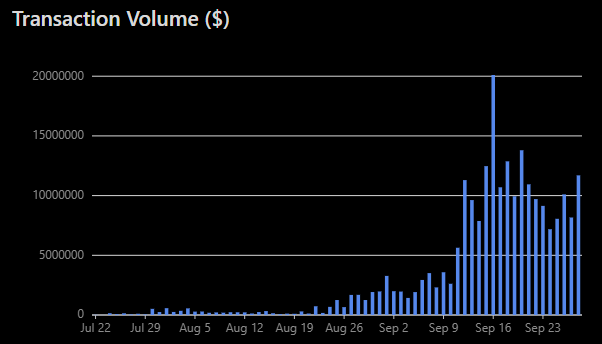 A second reason for the gains seen in CELR over the past month has been the expansion of the project’s ecosystem.

The launch of Optimism and Arbitrum and Celer’s cross-bridge integration to the layer-2 solutions are likely the primary factors backing the rally in CELR price.

When the cBridge was first released, it supported Polygon, Ethereum, BSC, Arbitrum and Optimism. In the two months following the initial launch, it added support for Fantom, xDAI, Avalanche, OKExChain and Heco, effectively doubling its reach and the number of users interacting with the token.

The functionality of the protocol has also led to a handful of integrations such as being added to the TokenPocket and ONTO cryptocurrency wallets. CELR token was also listed on WOO Network and BarterTrade exchanges recent.

A third reason for the overall strength of CELR has been the increase in demand and activity on layer-two protocols and data from Etherscan shows that the gas price continues to spike higher as Ethereum network activity increases.

Arbitrum and Optimism had their full launches within the past few months following years of development and users have now begun the process of migrating assets to these scaling solutions as DeFi protocols slowly integrate this new technology.

As a way to further capture some of the energy generated following the release of Arbitrum, Celer’s cross-chain bridge offers a work-around to the 7-day withdrawal period required when users want to migrate assets from Arbitrum back to Ethereum. 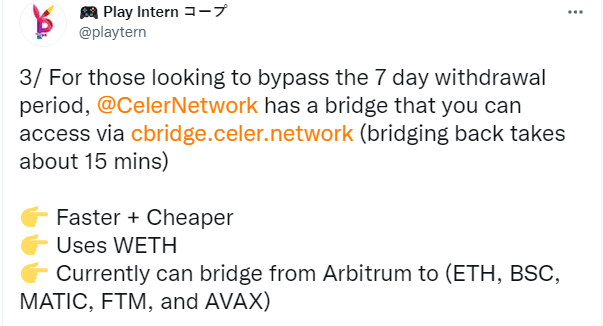 According to data from Cointelegraph Markets Pro, market conditions for CELR have been favorable for some time. 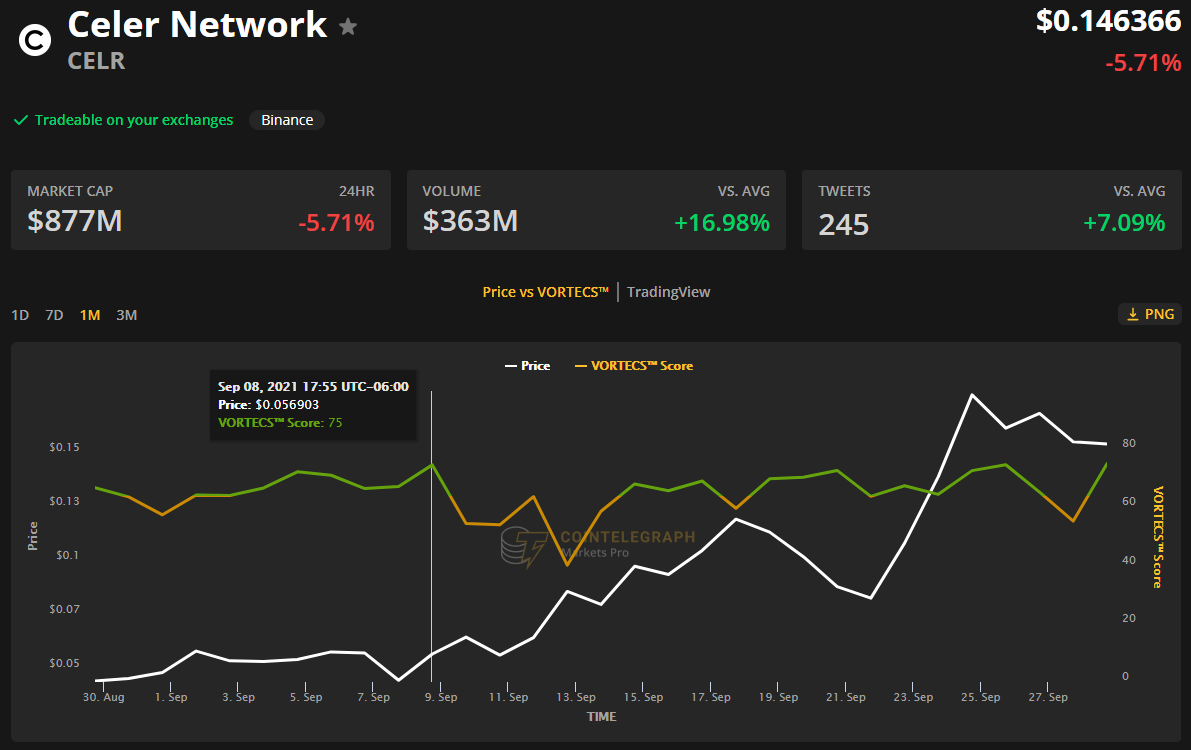 As seen on the chart above, the VORTECS™ Score for CELR began to pick up on Sept. 7 and climbed to a high of 75 on Sept. 8, around 48 hours before the price increased by 275% over the next two weeks.