‘We want to be the brand of the metaverse,’ says RTKFT’s Chris Le

A decade ago, Nike took a proverbial leap into the future of sneakers with their launch of Nike Mag — a fictional concept shoe inspired by the movie Back to the Future Part II.

The 1,500 limited edition was so revered for its idiosyncratic self-lacing design, that it wrote itself into sneaker folklore as one of the greatest productions of all time.

From the moment legendary 80’s hip-hop trio Run-DMC unified the crowd in raising aloft their Adidas shoes to the sound of “My Adidas,” to the debut of basketball’s most iconic apparel — the “notorious” Air Jordan — sneakers have become a prominent feature of the fashion culture’s pursuit for esteem and reverence.

In these times of visual exuberance, it would have been outlandish to suggest that upon purchasing a shoe of this calibre, the buyer would not receive the actual shoe.

And yet, fast forward to today, and that’s exactly where we find ourselves.

What has throughout history been solely conceived to be a tangible asset one can touch, wear and showcase, is now entering a cultural metamorphosis into virtual landscapes birthed upon blocks and nodes. 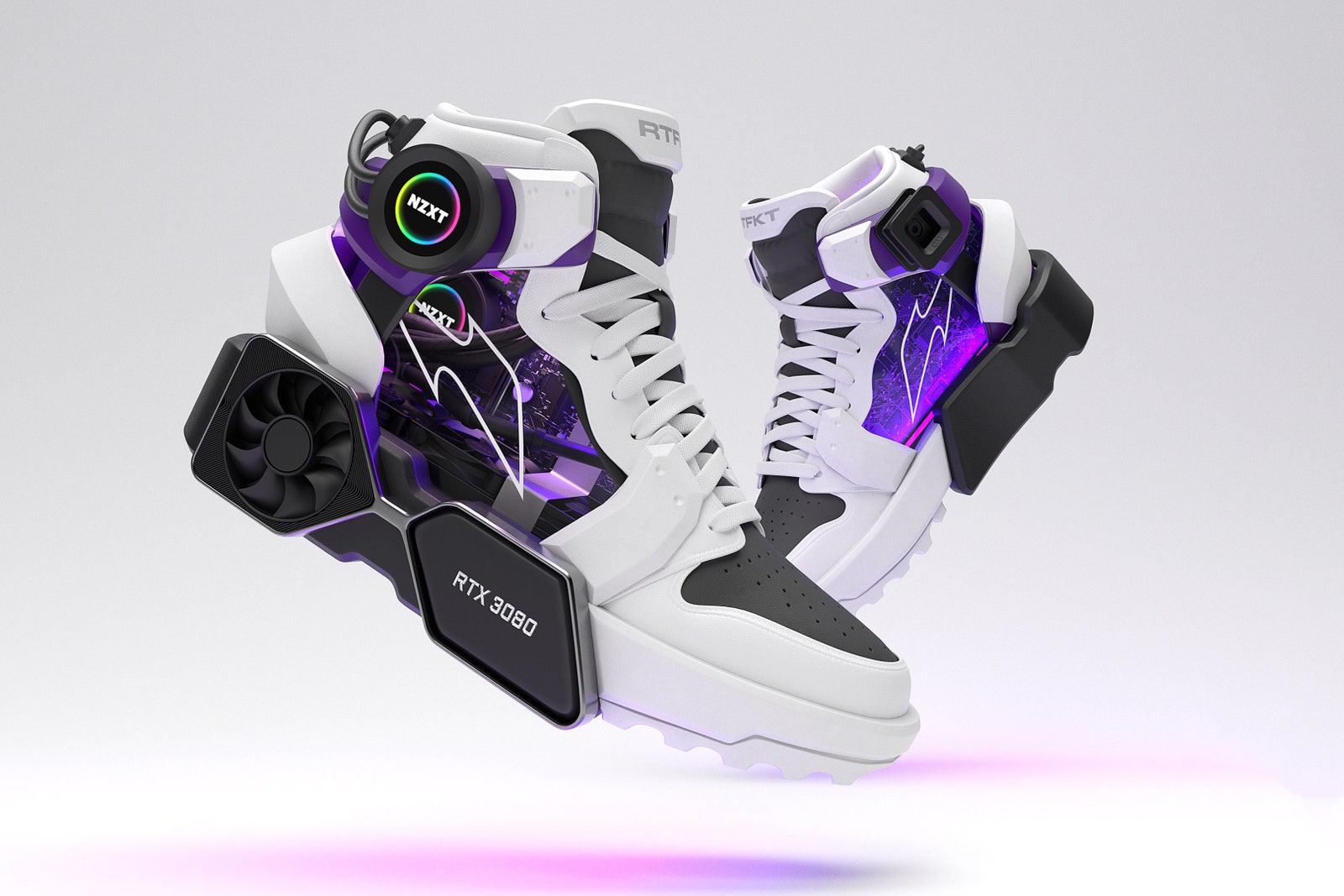 RTFKT Studios (pronounced “artifact”) is an ambitious project at the forefront of futuristic fashion in the metaverse.

For years, the collective operated quietly for selective gaming companies and fashion brands, until their unveiling to the public sphere in early 2020.

The project has experienced social growth over the past twelve months, boasting collaborations with the likes of Jeff Staples and Janet Jackson, as well as digital collectible drops in gaming metaverses The Sandbox and Decentraland.

In addition, the team benefited from an $8 million funding raise in May 2021 from notable figures Andreessen Horowitz, Mike Novogratz’s Galaxy Digital and Dapper Labs CEO Roham Gharegozlou, among others.

As well as virtual products, RTFKT have also executed two forging events, an initiative granting holders the opportunity to redeem the physical reciprocal of their NFT possession.

For a behind-the-scenes look into RTFKT’s upcoming ventures, as well as a perspective on the wider adoption of NFT fashion culture, Cointelegraph spoke to the co-founder and chief creative officer of RTFKT Studios, Chris Le.

This Zoom interview has been condensed to suit reading constraints.

Cointelegraph: Chris, thanks for joining us today. What’s your current role at RTFKT and what projects are you focusing on?

Chris Le: I’m the co-founder and chief creative officer at RTKFT. Day-to-day I manage a team of artists and conceptualize sneaker designs. If I feel like getting my hands dirty, I’ll model the 3D sneakers, do all the rendering and make the NFT’s out of them.

To be honest, I don’t even consider myself a sneaker designer, I never had that ambition. What’s funny is that when I fell into it, I was insanely happy because I was able to utilize my past skill-sets from video games and the film industry: designing cosmetic items for Dota 2, weapon skins for Counter-Strike Global Defensive, visual effects for fantasy movies on Netflix and more.

Traditionally, sneaker designers are trained from the automotive industry. That’s why many sneakers have sleek designs like cars. However, I feel that my background gave me a different perspective from other designers.

CT: You recently collaborated with NZXT on an augmented-reality sneaker. Knowing that Facebook has just launched their first VR glasses with Ray-Ban and Snapchat are working on a similar product, what do you think are the current capabilities and limitations of AR, and how do you see this space evolving?

CL: I’m a huge supporter of AR, VR and XR. The engine capabilities are not all the way there yet for ultra-realism, but starting to get there with VR, and those engines will be able to translate to AR.

Some of our filters you can wear the sneaker on your foot, or wear a jacket, but it’s not yet perfect. At the moment it’s NFT-native crypto enthusiasts who are into AR and users of Snapchat and TikTok who use face filters for content purposes.

Where we want AR to be mainstream is real-life utility. I don’t think it will go extremely mainstream just yet, but it will. With 100% confidence I know we’re heading in that direction, it’s inevitable. For us to get there though, AR has to solve our most basic tech needs — navigation, phone calling, text and language translation. 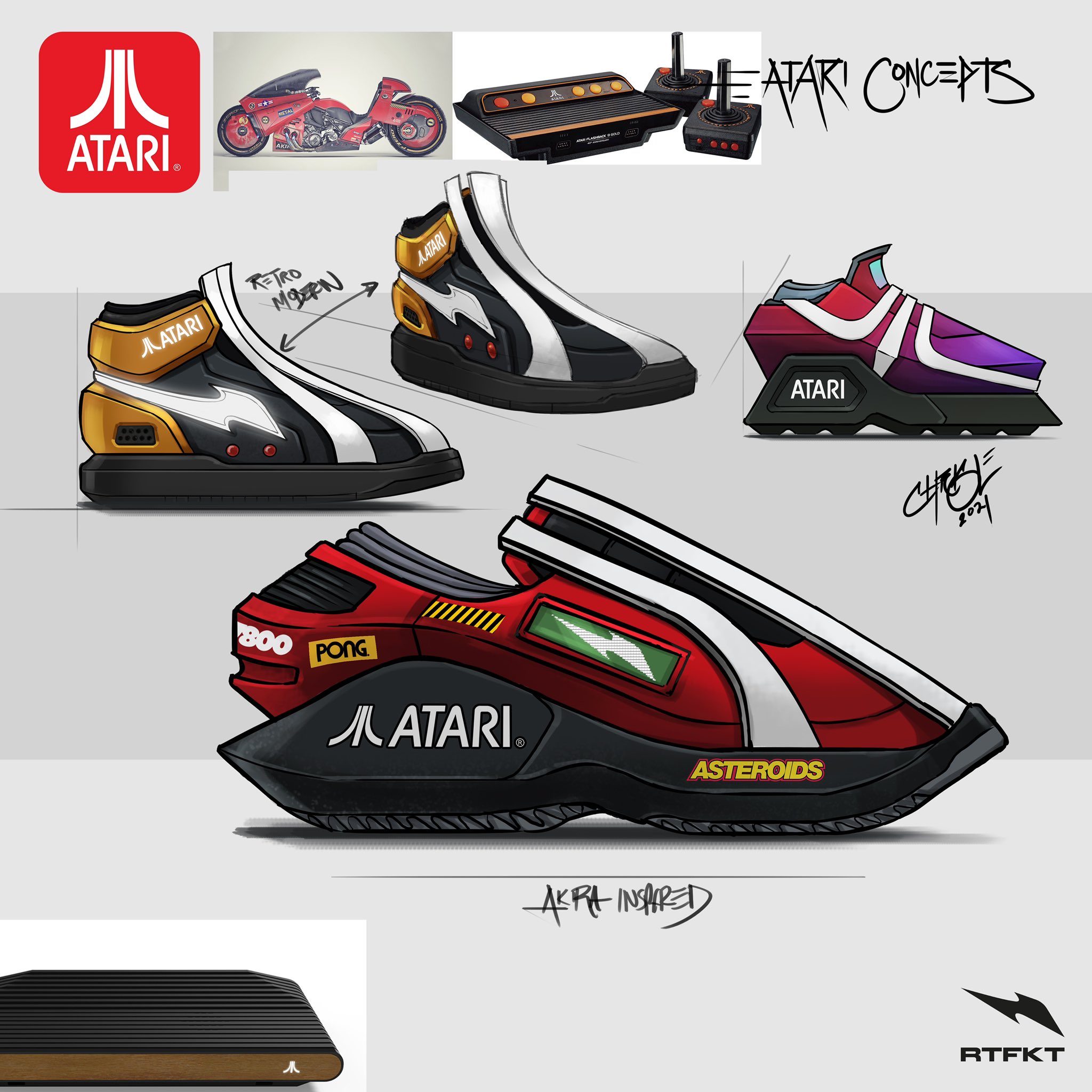 CT: There’s an established history between the fashion industry and the cultures of gaming, sports and hip-hop. Why is it important for RTFKT to collaborate with legacy brands such as Atari? What does that represent?

CL: The founders of RTFKT all came from the gaming industry. In my various roles, I saw gaming become adopted by the mainstream audience. This was the same for my two co-founders. Benoit came from luxury fashion and then he started working on Fnatic — one of the world’s biggest esports teams based in London, while Zaptio was a sneaker customizer.

We understand how fashion is one of the best ways to express yourself in this world, especially with everybody focusing their lives on the internet. But we always saw some slight disconnect between luxury, streetwear and pop culture with the gaming culture.

We wanted to be one of the first guys to truly adopt the gaming aesthetic with streetwear and luxury. And that’s what we did. It’s always important for us not to collaborate with big luxury brands. We’re the luxury/street-wear metaverse brand, and so our highest priority has to be collaborating with video game companies, that would always be number one over Dior, Supreme, or whoever.

The Atari collab was freaking amazing as they’re one of the most OG household names in the history of gaming, and it was sick to be well received.

CT: And you’ve done collaborations with music artists too, right?

CL: We decided that if we were ever going to do a collaboration with a music artist, it would have to be with someone insanely legendary. That’s why we chose Janet Jackson. As of now, that’s the only music artist we’ll drop something with until we decide to expand our horizon into that area.

Related: NFTs could mark a resurgence in art galleries

CT: Tell us about your Atari collectible drop in Decentraland.

CL: Yeah, with the Atari collaboration we dropped 1,000 wearables in Decentraland. To be honest, I think we almost crashed their servers haha!

There were loads of people in the little kiosk where you had to press the button to get the drop, and everyone was just jamming this sucker trying to get free RTKFT Akari sneakers!

And we plan to announce more things like that in the future.

We want to be the brand of the metaverse. We want RTKFT to be the most recognizable brand not just in the physical realm, but in every universe and world that people populate in the future. A person should be able to go into one VR game and see RTFKT, hop into an AR game and see RTKFT, and then into a PC game and see us again.

CT: And would you ever consider creating a store/shop in a metaverse like Decentraland?

CL: Yeah, we have intentions of doing that too. 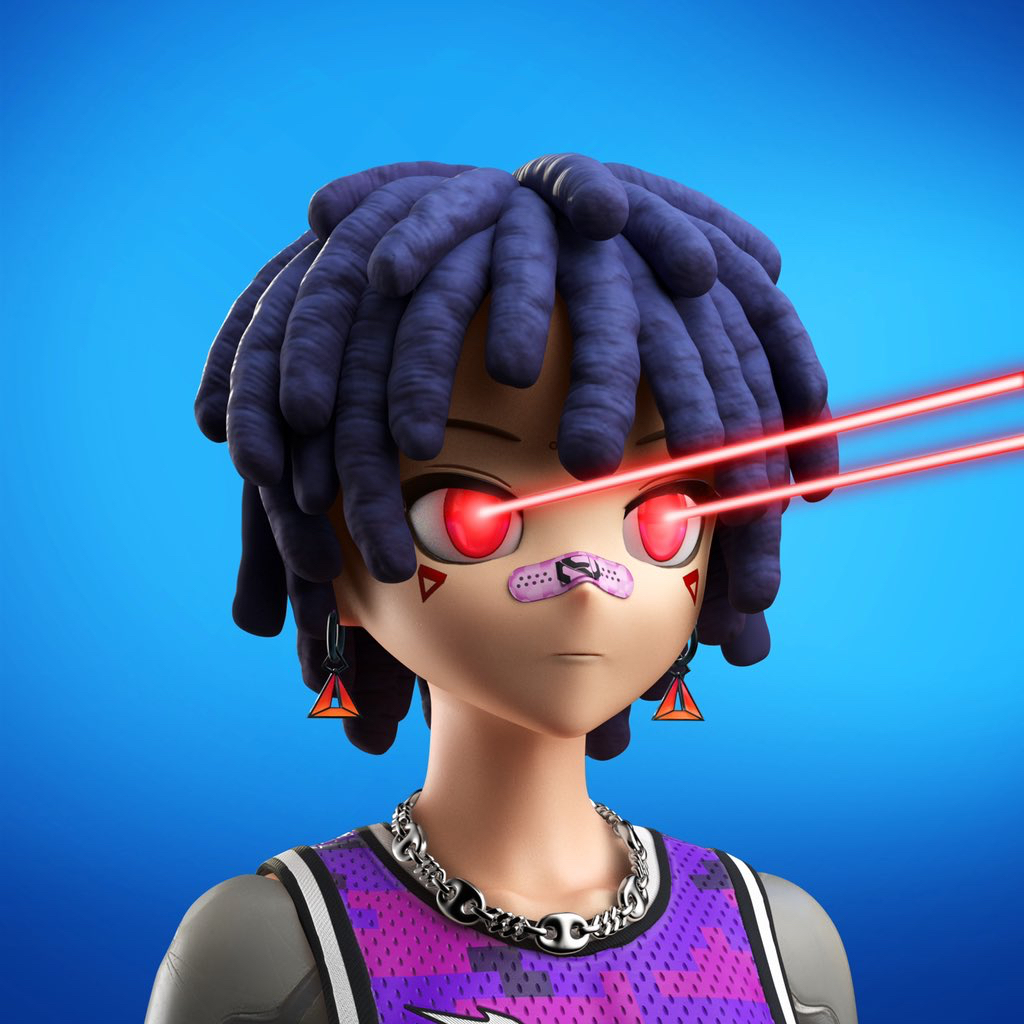 Picture of an unreleased avatar from CloneX. Source: RTFKT

CT: Let’s talk about CloneX — the highly-anticipated three-dimensional avatar PFP project launching on the Ethereum blockchain in mid-October. There will be 20,000 unique avatars, half of which will be allocated to the pre-sale for existing RTFKT holders at a mint price of 0.05 ETH, while the other half will be opened in a dutch auction public sale.

Have these avatars been specifically designed for the metaverse?

CL: Oh yeah, that’s the whole point. Everything we do always has some form of utility. Also, we always try to reward our RTFKT holders, and so if you have a previous RTFKT, they will be usable on the avatars.

You know how Marvel’s cinematic universe ties all the movies back together again into the Avengers? It’s like that. If you were with us from the beginning, you’ll see that it all led up to this. You can wear all your RTFKT’s on your character.

But, here’s where it gets crazier. Imagine you get an avatar and it has a shirt, that’s forgeable. Imagine it has a necklace, also forgeable. Whatever the avatar is wearing is forgable as a real physical good just like we did with the Jeff Staples and Punk sneakers.

That’s the most insane, crazy utility I’ve ever seen for a profile-picture project. It goes back to our vision, we want to bridge the mainstream audience from the physical realm where they currently exist, to the metaverse gaming digital scene.

And these characters will be used in different metaverses like Decentraland with wearables and other stuff. Also, we have a bunch of different partners we haven’t announced yet. It’s going to keep growing and that’s why there’s going to be huge utility for this project.

CT: And finally, what does the future of RTFKT look like?

CL: One of our ambitions is to have our own metaverse, but that’s down the road. The first steps are to become the brand that lives in every single metaverse and widely adopted on AR, VR and physicals.

We just want to be present. In everything!