Bitcoin (BTC) is on track to see new all-time highs this month and at least $72,000 in November if the latest price data is accurate.

In a tweet on Oct. 12, Filbfilb, an analyst at trading platform Decentrader, described what he said was an achievable price target for this month and next.

With “Uptober” delivering solid bullish results so far, analysts are keen to chart where the Bitcoin bull run might lead in Q4.

As Cointelegraph reported, some predictions have used historical price comparisons and even simple calculations to deliver near-term BTC/USD targets of up to $300,000.

For Filbfilb, a move back to previous all-time highs of $64,500 and beyond in the coming weeks remains “hopium,” but the overall bullish Bitcoin market might not need much inspiration to deliver it.

“A bit of good news coupled with the stubborn hodlers though and its possible.. stranger things have happened,” he commented.

Despite the upwards trajectory, however, he added that now is not the time to take on risk, advising traders not to use extensive leverage for long or short positions.

An accompanying chart compared 2021 to 2017, the year after the previous block subsidy halving event. Accordingly, a rematch of all-time highs by the end of October seems possible, this matching existing forecasts. 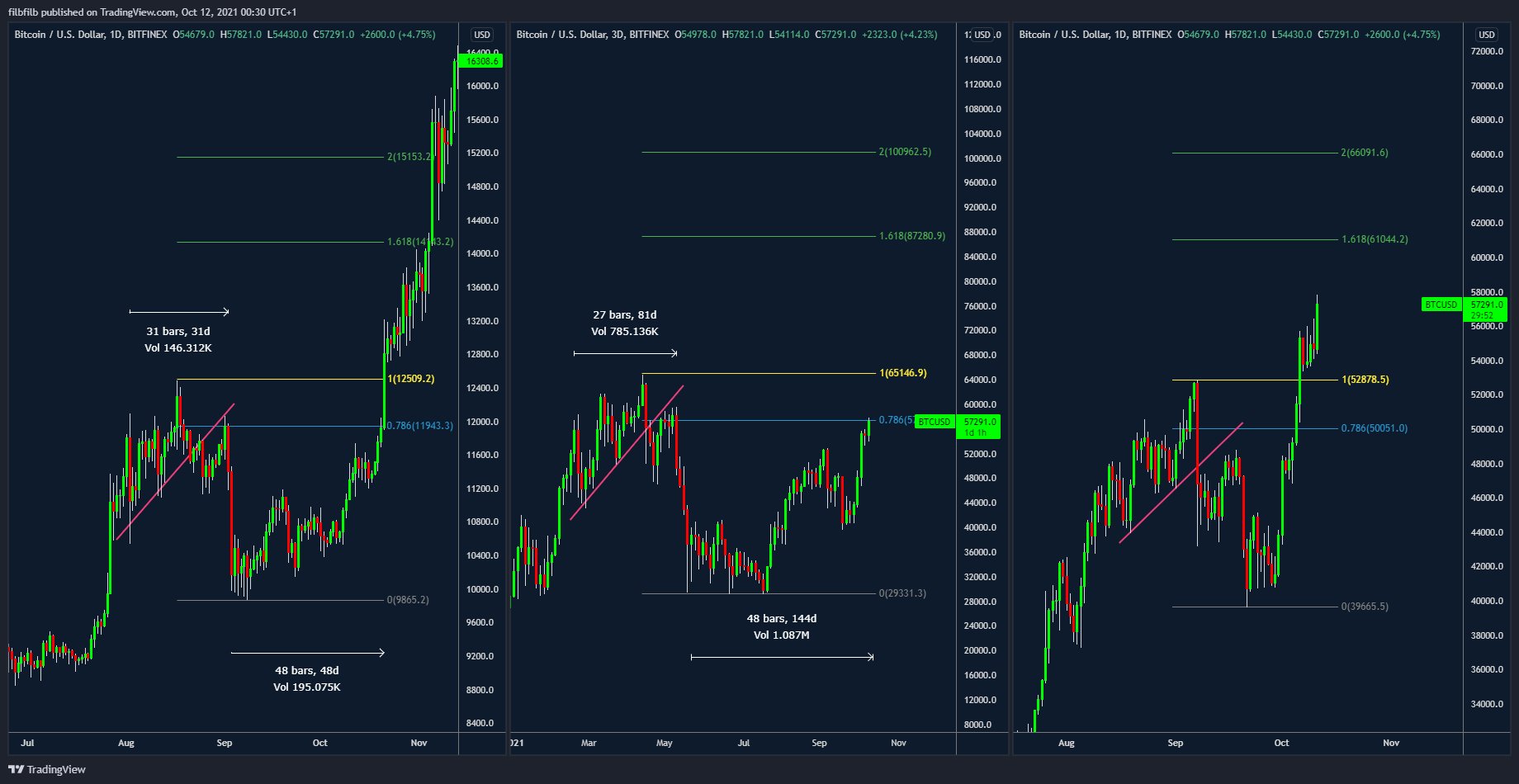 On the topic of a potential retracement, meanwhile, Filbfilb mooted the idea of $48,000, amid a lack of broad selling interest.

“My head says 48 but there dont fundamentally really seem to be any sellers beyond whats on the exchanges. idk, I’m 50/50,” he said in Twitter comments.

«Similar to previous events, we then saw a correction back to retest the $50-1k level, which we are again anticipating,» a market update warned late last week.

«It is worth noting that corrections back to significant levels like $50k in this instance often do not hold up on the first time of asking, so we will be observing price action around here as prices could fall back slow as $45k as we saw in February of this year.»

At the time of writing, BTC/USD traded at $57,400 as 24 hours of ranging behavior followed a clip to five-month highs.