Think $60K is the top? This Bitcoin fractal suggests it’s the next bear market bottom

Bitcoin (BTC) may have hit highs of $60,000, but calculations suggest that the price level will matter much more to bears, not bulls.

While BTC/USD is tipped to retake all-time highs and climb to six figures this year, investors’ attention is already turning to how far Bitcoin will fall after its next blow-off top.

The idea that BTC price action moves in cycles — with a bearish phase and a bottom of 80% of the blow-off top — has become widely accepted.

What is much harder to believe in current circumstances, however, is that $60,000 may just be the price floor of that potential 80% correction.

Using Fibonacci sequences, TechDev showed that each Bitcoin bear bottom fell within an identical range. This accounts for both the sub-$200 lows in 2014 and the roughly $3,200 floor in December 2018.

Given Bitcoin’s cyclical metamorphoses, the next logical retracement therefore has anywhere from $47,000 to $60,000 as a target.

«I know no one cares about macro during a pump. But the last two BTC bear markets bottomed in the 1.486-1.618 log fib pocket of the previous cycle,» he commented. 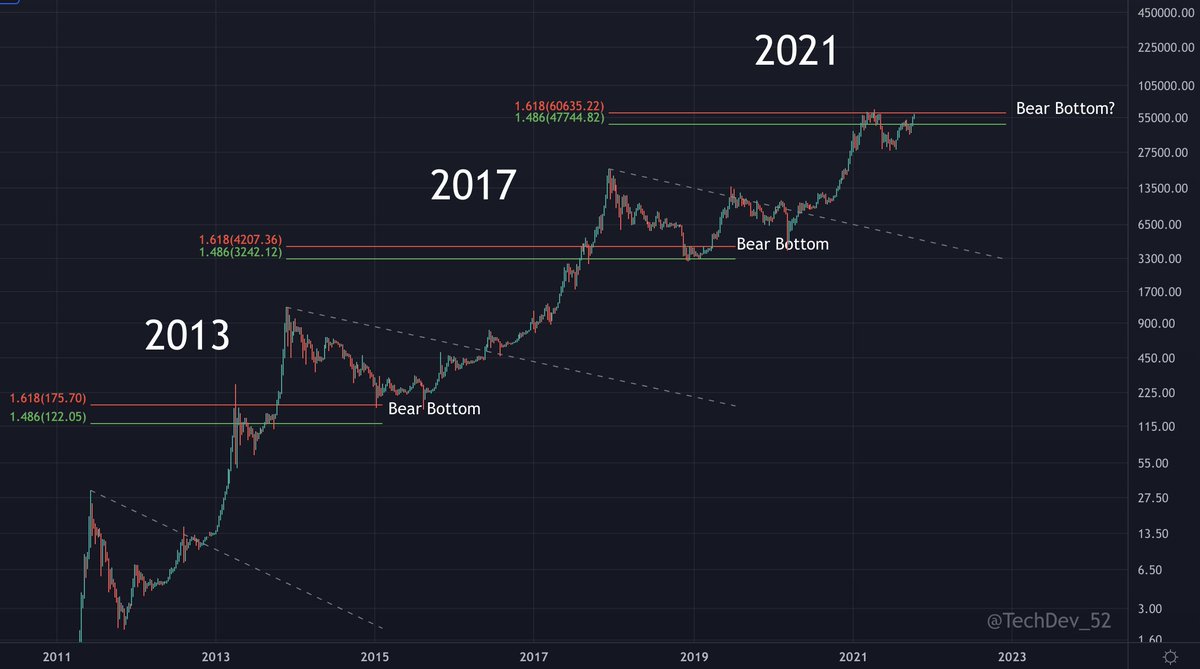 The momentum behind Bitcoin has been tied to expectations that United States regulators will finally approve some form of Bitcoin exchange-traded fund (ETF).

While opinions on the impact of such a decision are mixed, its importance is no red herring, commentators say, and marks a genuine watershed for Bitcoin which cannot be reversed.

Tudor Jones had previously highlighted Bitcoin’s cycles being similar to gold in the 1970s — just when it had become a futures product itself and enjoyed a ten-year bull run followed by a 50% correction.