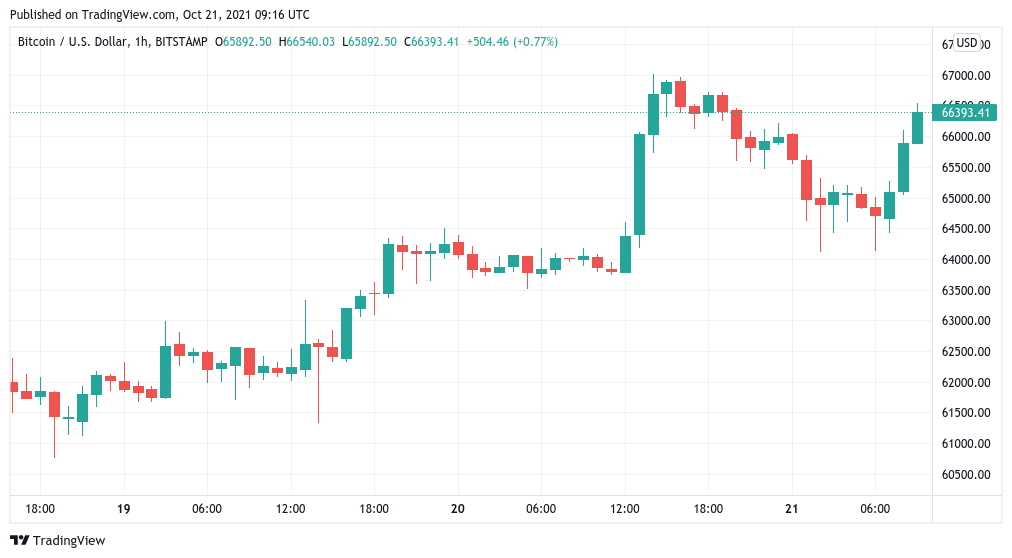 Data from Cointelegraph Markets Pro and TradingView showed BTC/USD recovering from a dip to $64,000 overnight.

The move had come in step with a comedown in stocks, which were reacting to renewed concerns over Chinese property giant Evergrande.

Nonetheless, Bitcoin managed to preserve higher levels, resulting only a brief trip below the $64,900 threshold which had held as the BTC record since April this year.

The monthly candle for October, analysts noted, is already larger than the entire Bitcoin all-time high from December 2017.

“BTC is testing its old ATH for support,” Dutch crypto consultancy and education platform Eight wrote in its latest update on the day.

“If we bounce from here some levels to keep an eye on are around 75k, 87k, and 96k, derived from recent price action using the Fibonacci retracement tool.”

As Cointelegraph reported, Fibonacci is responsible for long-term BTC price findings which currently put the peak of this cycle’s bull run at as much as $300,000. The trough, by contrast, could be anywhere from $47,000 to $60,000 — still an order of magnitude higher than last cycle’s $3,100 floor.