Today Bitcoin price and Ether (ETH) price pulled back to lower support levels after an exciting week that saw BTC soar to a new all-time high after the successful launch of two exchange-traded funds.

While much of the focus has been on BTC and Ether, multiple altcoins have racked up notable gains on as some traders appear be preparing for a possible altseason run. 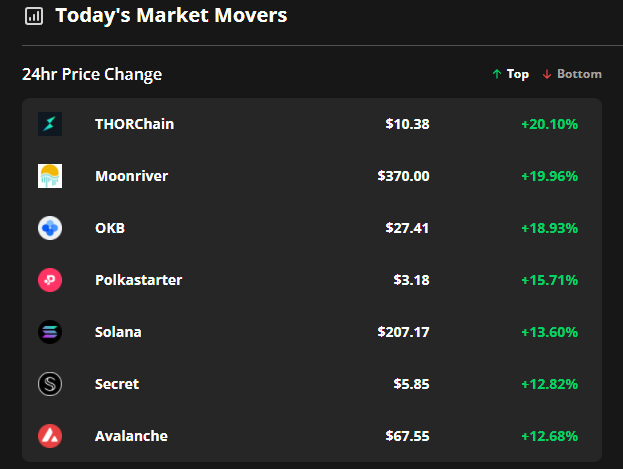 Data from Cointelegraph Markets Pro and TradingView shows that the biggest gainers over the past 24-hours were THORChain (RUNE), Moonriver (MOVR) and OKB (OKB).

THORChain is a decentralized liquidity protocol that offers cross-chain asses to different blockchain networks and lets users retain full custody of their assets while transacting between networks.

According to data from Cointelegraph Markets Pro, market conditions for RUNE have been favorable for some time. 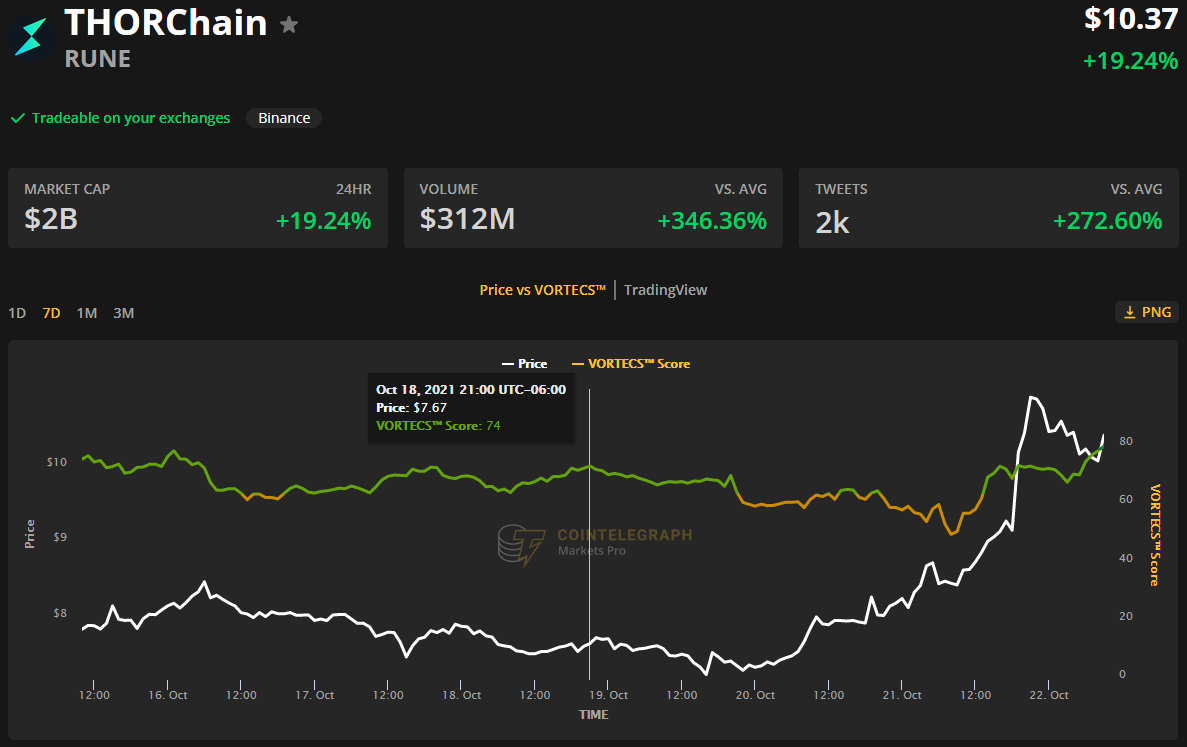 As seen in the chart above, the VORTECS™ Score for RUNE has been elevated in the green zone for the majority of the past week and reached a high of 74 on Oct. 18, around 19 hours before its price increased 60% over the next two days.

The renewed momentum for RUNE comes following the resumption of trading on the Ethereum network, which had been halted since the protocol suffered an $8 million hack back in July of 2021.

Moonriver is one of the newly launched Kusama parachain protocols that is an Ethereum-compatible smart-contract platform that provides a permanently incentivized canary network.

Data from Cointelegraph Markets Pro and TradingView show that after hitting a low of $234 on Oct. 19, the price of MOVR has surged 75% to an intraday high at $410 on Oct. 22 as its 24-hour trading volume climbed above $59 million. 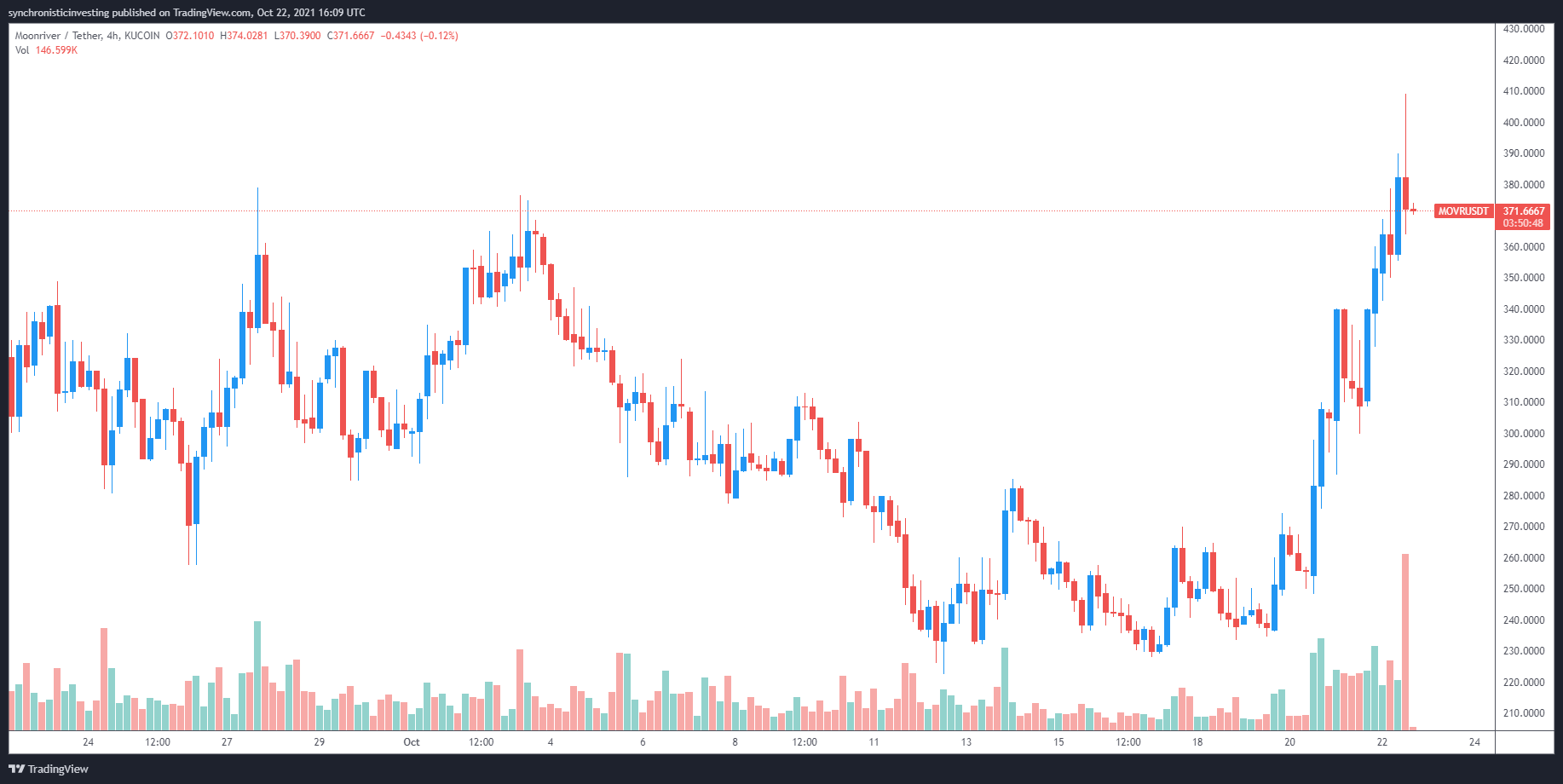 The rally seen in the price of MOVR comes as the project has established new partnerships across the cryptocurrency ecosystem, including a collaboration with The Graph protocol and an integration with SushiSwap.

OKB is the native token of the Malta-based cryptocurrency exchange OKEx and it functions as the utility token for the OKEx ecosystem.

VORTECS™ data from Cointelegraph Markets Pro began to detect a bullish outlook for OKB on Oct. 21, prior to the recent price rise. 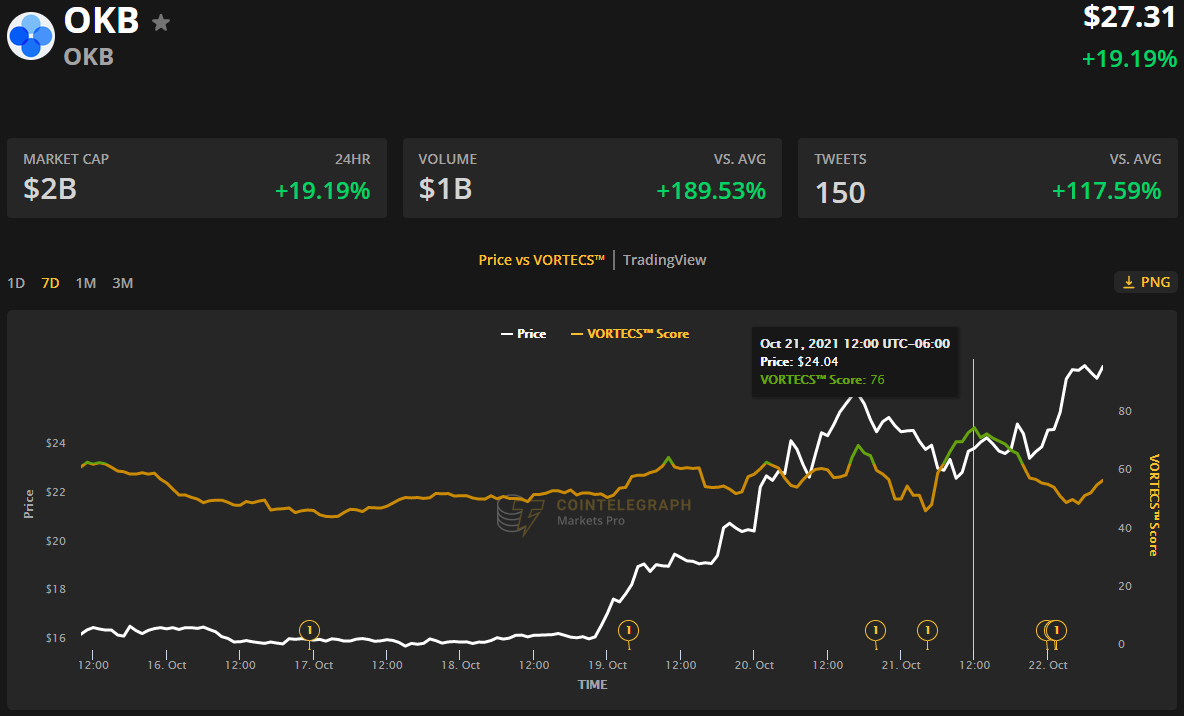 As seen in the chart above, the VORTECS™ Score for OKB began to rise into the green on Oct. 21 and reached a high of 76, around nine hours before its price increased 25% over the next day.

According to the NewsQuakes™ service from Cointelegraph Markets Pro, the rally in OKB came after the exchange enabled one-click staking for USD Coin (USDC) which offers a return of 20% as well as the launch of a meme-coin campaign where users can compete to have their favorite meme coins listed on the exchange.