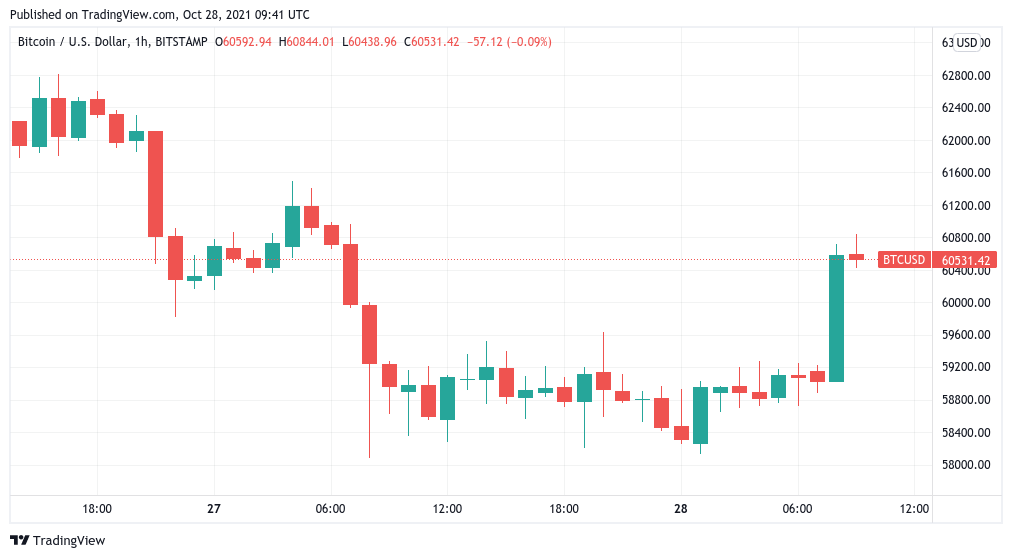 Data from Cointelegraph Markets Pro and TradingView showed BTC/USD breaking back above $60,000 after tracking sideways since early Wednesday.

The move meant that the pair cast firm doubt on recent bearish behavior, all but invalidating a head and shoulders pattern in line with expectations.

As Cointelegraph reported, analysts were already unfazed by Bitcoin’s retracement, with some even increasing their price targets over longer timeframes.

#BTC
I’ll be back on friday, but couldn’t resist to draw some random lines….
Seems I was not bullish enough at $40k.
Quote: «first target at 73k».
Well….I think that target moved up to $90k and after a correction we should see $100k
Very happy with current drop/discount pic.twitter.com/yg6GabmfDu

At the time of writing, BTC/USD circled $60,700, having reached local highs of $60,850 on Bitstamp. Funding rates remained low, pointing to the successful «flushing» of leverage in recent days.

The market was still dominated by Shiba Inu (SHIB), however, the altcoin advancing 43% on the day and 150% in a week.

The spotlight subsequently switched to Dogecoin (DOGE), which put in a copycat move as SHIB/USD came off record highs. 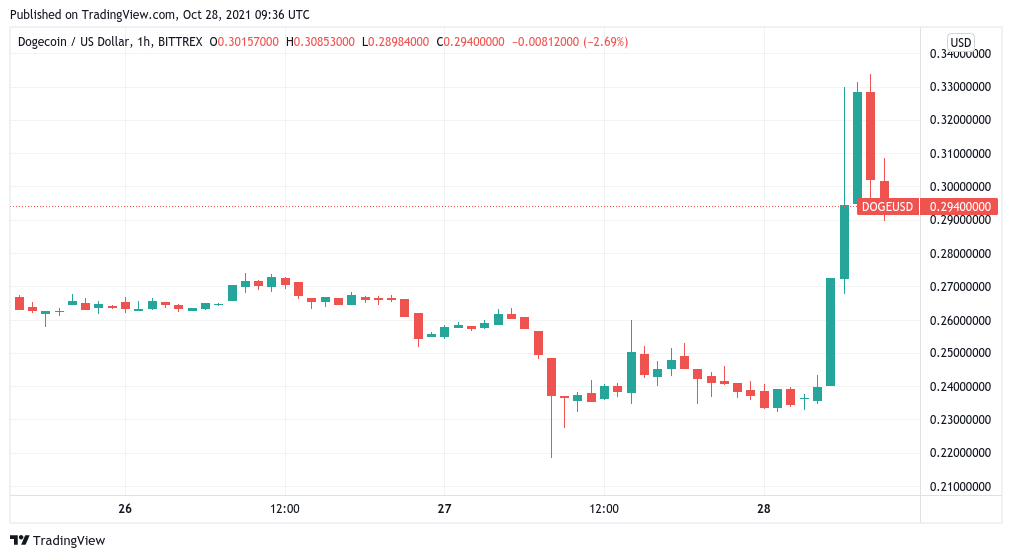