What BTC price slump? Bitcoin outperforms stocks and gold for 3rd year in a row

Arcane Research noted in its new report that Bitcoin’s year-to-date (YTD) performance came out to be nearly 73%. In comparison, the S&P 500 index surged 28%, and gold dropped by 7% in the same period, which marks the third year that Bitcoin has outperformed. 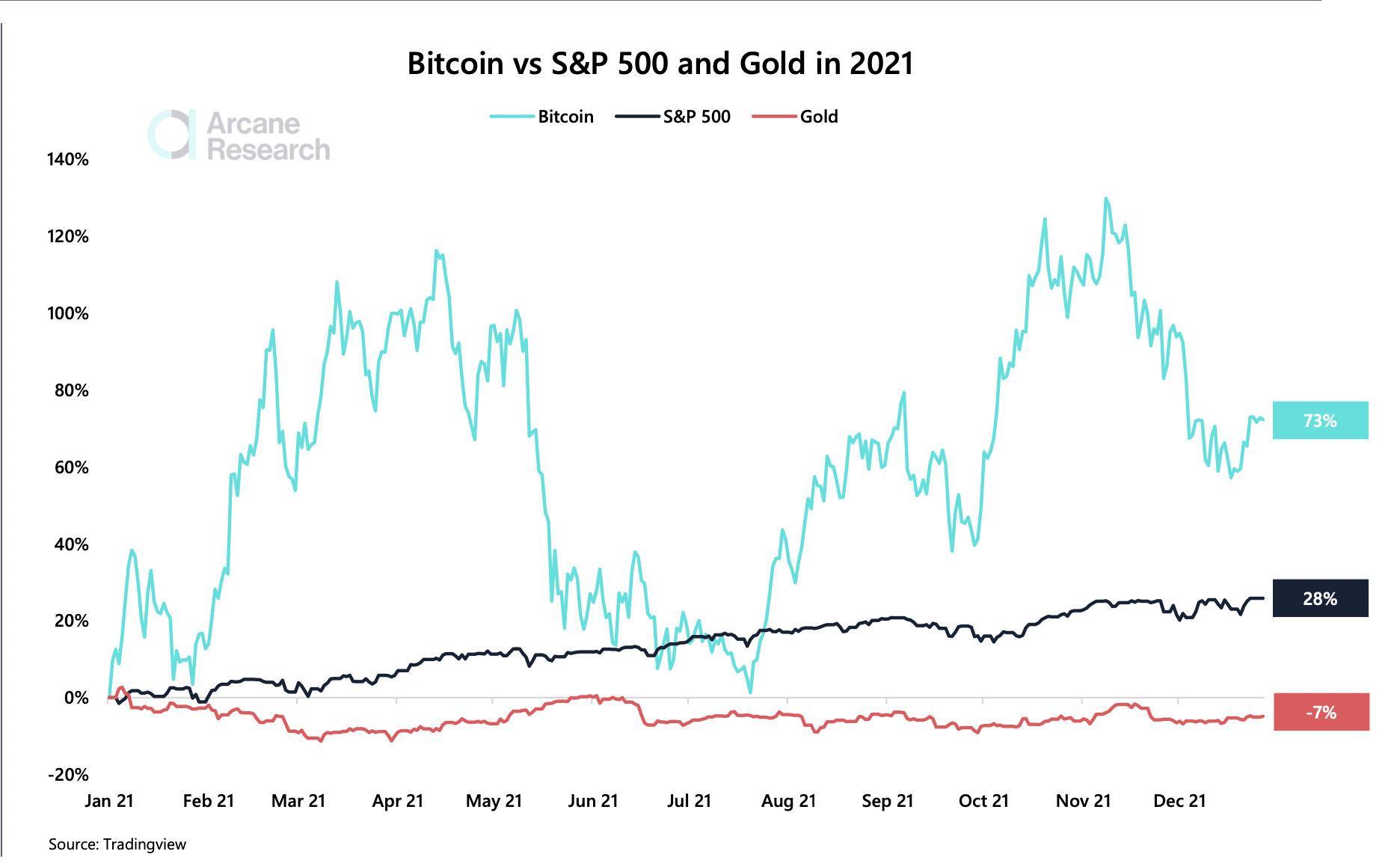 «Most economists didn’t see the high inflation coming, as witnessed by the 1-year ahead consumer inflation expectations,» the Arcane report read, adding:

With its 73% gain in the highly inflationary 2021, Bitcoin has proven itself to be an excellent inflation hedge. 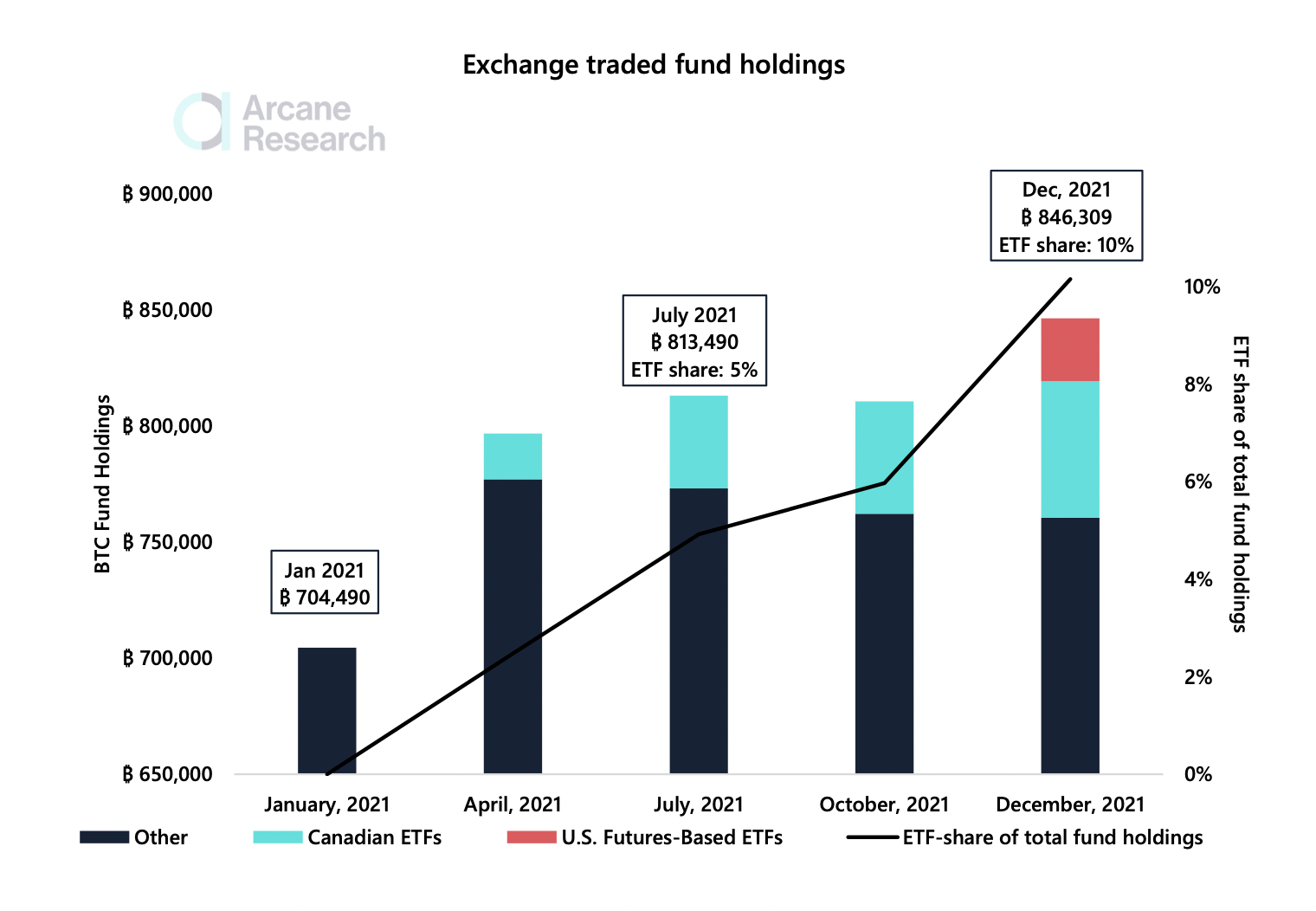 That prompted more Bitcoin units to get absorbed into investment vehicles, underscoring a greater institutional demand for the cryptocurrency.

In contrast, gold-backed ETFs witnessed an outflow of $8.8 billion in 2021, according to World Gold Council’s report published this December. 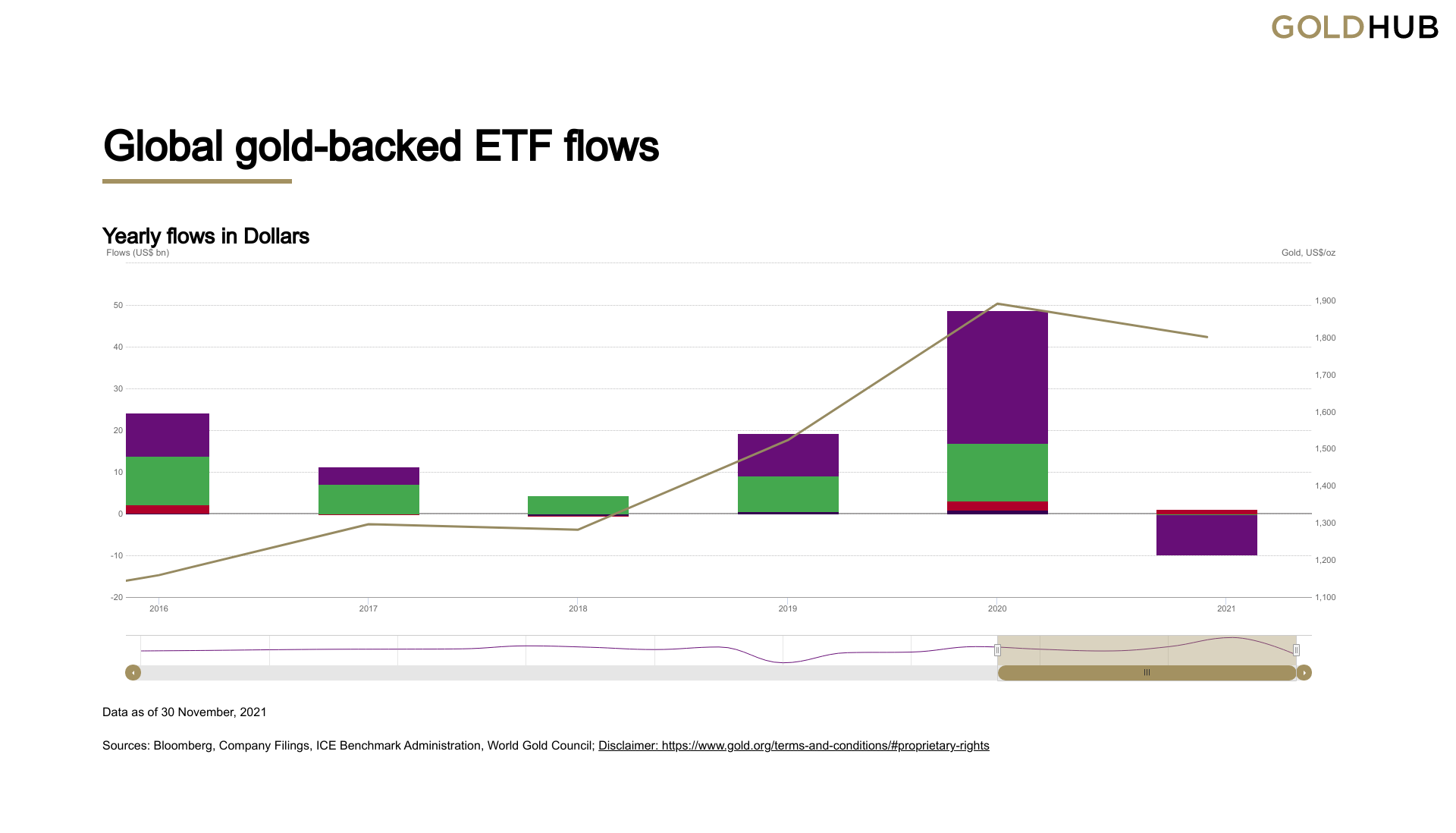 Many analysts believe that extreme price fluctuations keep Bitcoin from becoming an ideal inflation hedge. That includes Leonard Kostovetsky, a finance professor at Boston College, who recalled in his blog post that there had been 13 days in 2021 on which the BTC price has moved over 10% in one direction. Excerpts:

“It seems strange to think that a person who is worried about holding dollars because they lost 7% of their value over the last year would be comfortable holding Bitcoin which could (and often does) lose that much value in a single day.»

Arcane too recognized Bitcoin for being more volatile than the S&P 500 in 2021, noting that the cryptocurrency «behaved like a risk-on asset» by merely amplifying the most significant stock market movements.

The researcher cited VIX — a measure of the expectation of volatility based on S&P 500 index options — to exemplify the relationship between Bitcoin and stock markets. It noted that the BTC price fell hard whenever the VIX readings spiked in recent times, underscoring that institutional traders viewed Bitcoin as a risk-on asset.

As a result, Bitcoin’s potential to fall harder in the wake of a stock market correction also became higher. Arcane too noted that a bearish 2022 for the S&P 500 may end up wiping a big portion of Bitcoin’s gains.

«Therefore, be aware of stock market headwinds in the next year and their possible implications for bitcoin’s short-term price trajectory,» it added.

«If the Fed really does hike rates enough to make money considerably less loose, or if markets believe they will, you are going to see certain areas of speculation come to a screeching halt,» Brown said, adding:

The prime example of such asset speculation is cryptocurrency; here lies $2.64 trillion of ‘wealth’ that is backed by nothing and generates no cash flows.

What BTC price slump? Bitcoin outperforms stocks and gold for 3rd year in a row