The wider cryptocurrency market is facing another day of volatility and selling on Jan. 7 as Bitcoin (BTC) bears managed to break bull support at $42,000. The price of Bitcoin was pushed to a daily low of $40,620 before resources were exhausted.

Data from Cointelegraph Markets Pro shows that 4 of the top 7 gainers of the day are part of the growing Cosmos Hub. This ecosystem currently uses the Interblockchain Communication protocol (IBC) to facilitate interoperability and communication between connected networks. 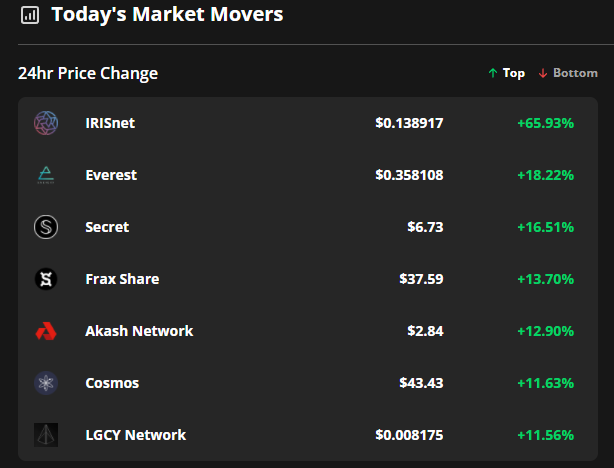 Here’s a look at what’s behind the strength seen in IRISnet (IRIS), Secret (SCRT), Akash Network (AKT) and Cosmos (ATOM).

The top gainer over the past 24-hours has been IRISnet, an interchain service hub for decentralized applications that enables cross-chain interoperability and provides businesses with modules to support running a distributed system. 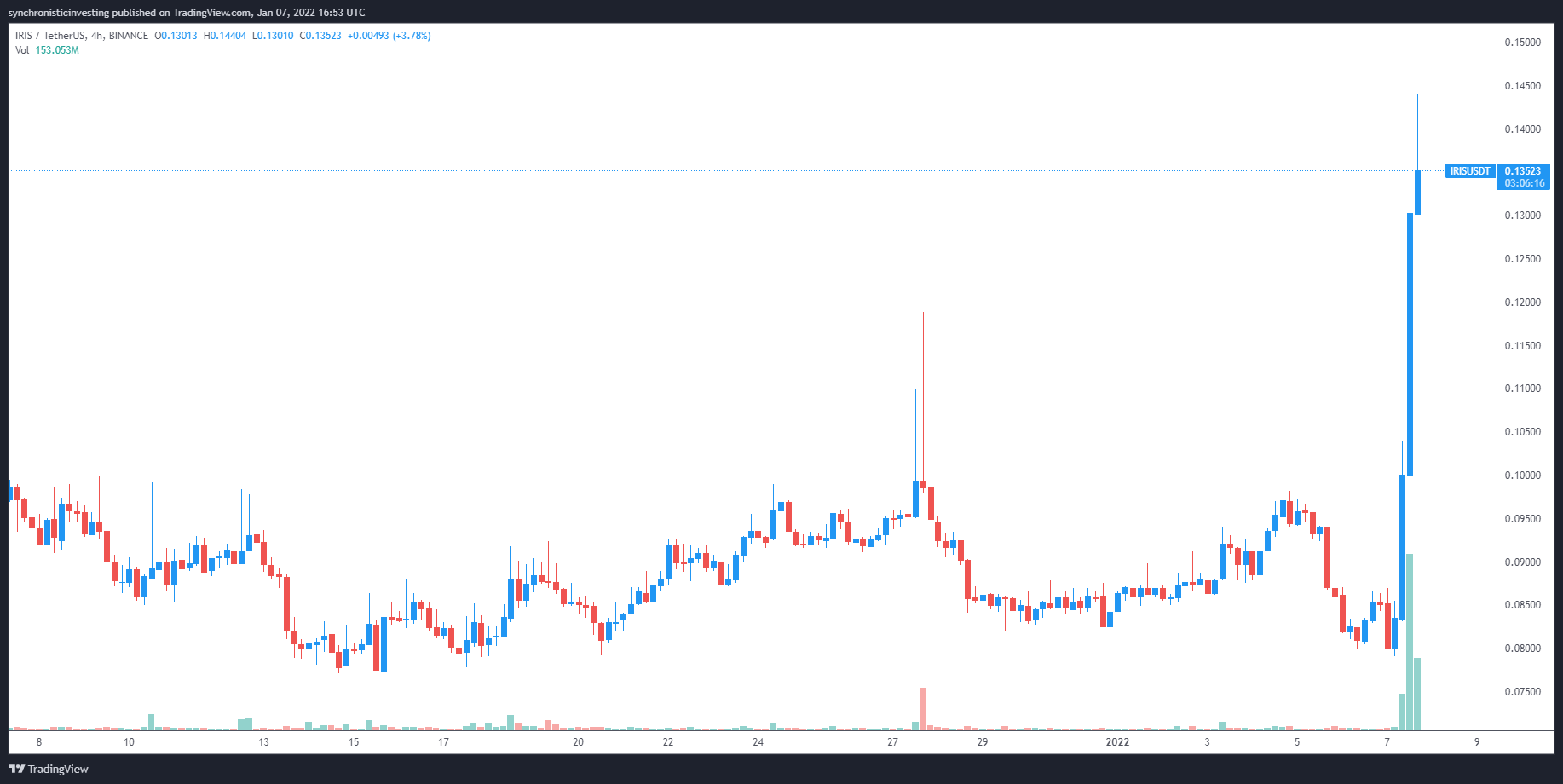 The sudden surge in price and volume for IRIS comes as the protocol’s nonfungible token community continues to expand thanks to the upcoming launch of the Uptick Network NFT ecosystem. These efforts have helped to attract new users to the IRISnet ecosystem.

Pulp Fiction NFTs are coming to the Secret Network

The Secret Network is a blockchain protocol with built-in data privacy for smart contracts that enables programmable privacy for data transfer, decentralized finance (DeFi) and NFTs.

VORTECS™ data from Cointelegraph Markets Pro began to detect a bullish outlook for SCRT on Jan. 3, prior to the recent price rise.

The VORTECS™ Score, exclusive to Cointelegraph, is an algorithmic comparison of historical and current market conditions derived from a combination of data points that includes market sentiment, trading volume, recent price movements and activity on Twitter. 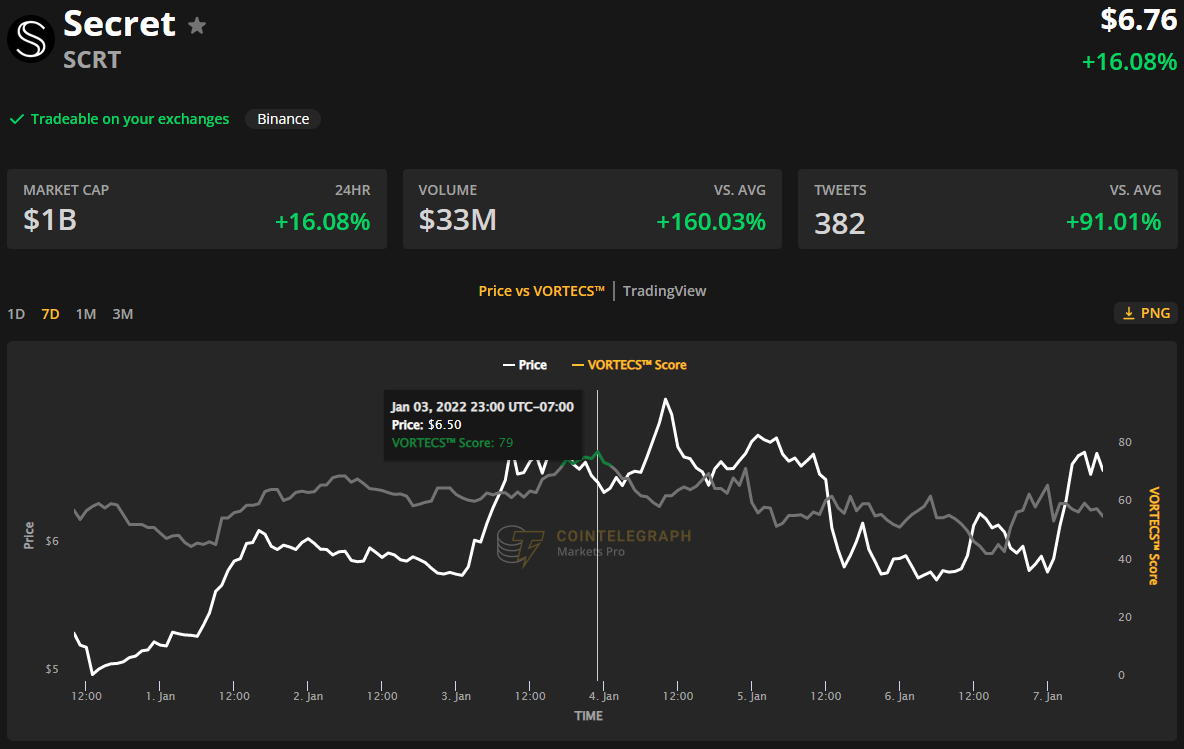 As seen in the chart above, the VORTECS™ Score for SCRT began to pick up on Jan.3, around 55 hours before the price increased 25% over the next day.

The boost to SCRT price comes after it was revealed that movie director Quentin Tarantino will be releasing NFTs from the popular move Pulp Fiction on the Secret Network.

The Akash Network bills itself as the world’s first decentralized cloud computing marketplace for DeFi. Known as DeCloud, the service enables any application to launch quickly without the need to set up, configure or manage servers.

Data from Cointelegraph Markets Pro and TradingView shows that after a quick drawdown to a low of $2.33 on Jan. 5, the price of AKT rebounded 25% to a daily high at $2.93 on Jan. 7 as its 24-hour trading volume increased by 88%. 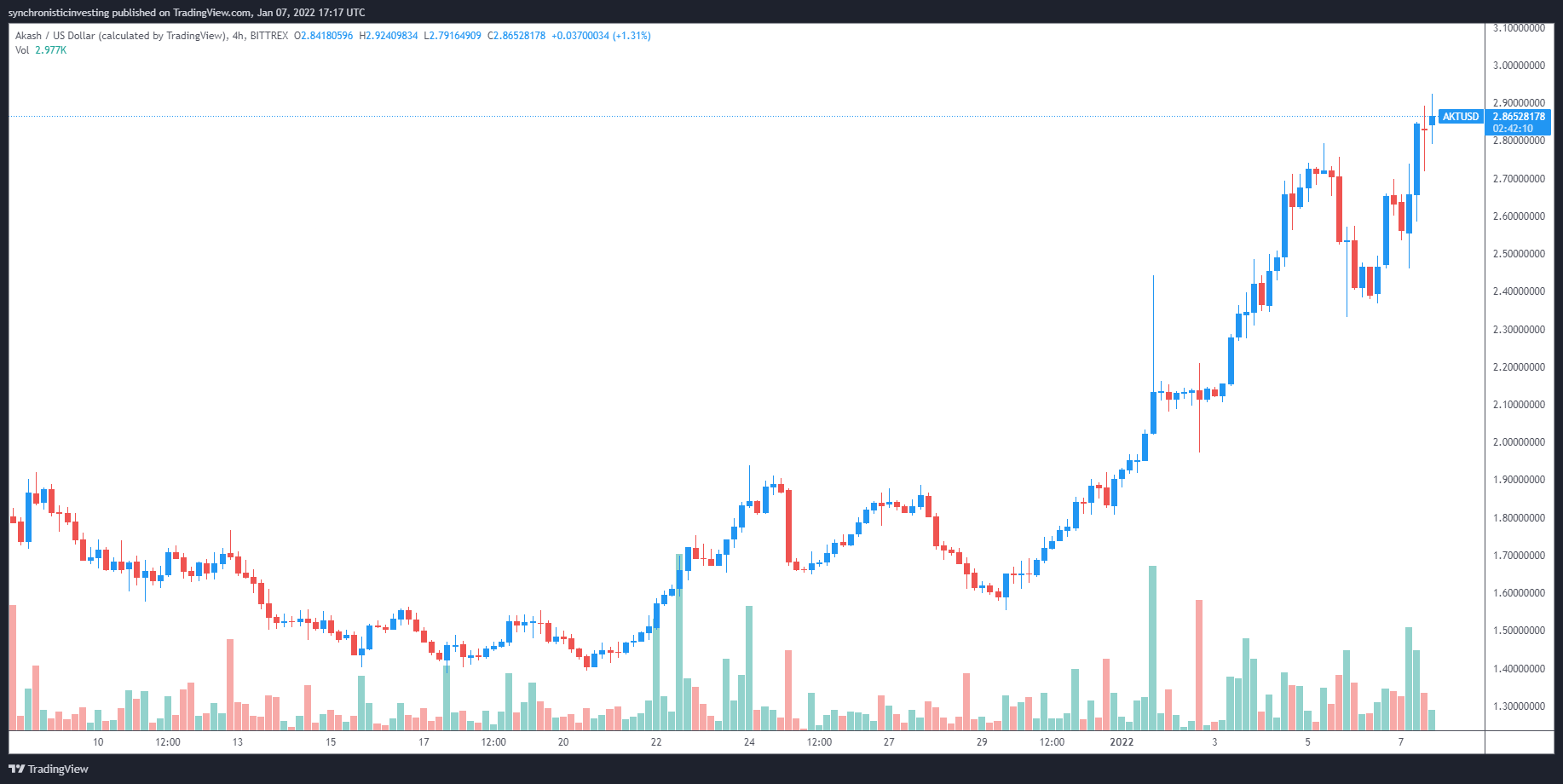 The building momentum for AKT comes following the announced partnership between the Akash Network and CloudStack, a decentralized cloud aggregator that offers a portal to access any decentralized storage network, including Filecoin, Arweave and Storj.

Related: 3 reasons why Cosmos (ATOM) price is near a new all-time high

Bulls like the idea of interoperability between Cosmos and Ethereum

Cosmos is the foundational blockchain protocol for the entire Cosmos Hub, billing itself as the “internet of blockchains.» ATOM holders stake the platform’s native ATOM token to secure the entire ecosystem.

VORTECS™ data from Cointelegraph Markets Pro began to detect a bullish outlook for SCRT on Dec. 29, prior to the recent price rise. 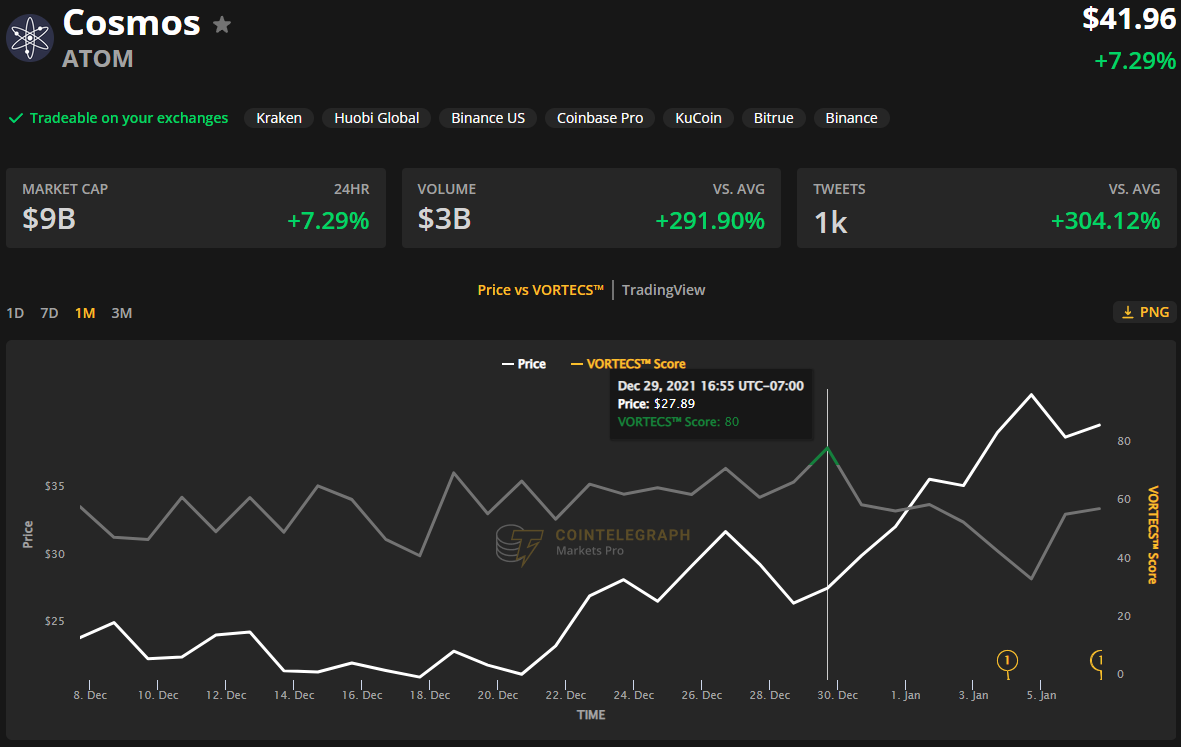 As seen in the chart above, the VORTECS™ Score for ATOM climbed into the green zone on Dec. 29 and hit a high of 80 just as its price began to increase by 79% over the next nine days.

What should the crypto industry expect from regulators in 2022? Experts answer, Part 1

ConstitutionDAO, a ‘crypto red alert’ and other cases of crypto-powered social action in 2021

Bored Ape Yacht Club is a huge mainstream hit, but is Wall Street ready for NFTs?

What should the crypto industry expect from regulators in 2022? Experts answer, Part 1

ConstitutionDAO, a ‘crypto red alert’ and other cases of crypto-powered social action in 2021

Bored Ape Yacht Club is a huge mainstream hit, but is Wall Street ready for NFTs?

PayPal reportedly confirms plans to explore the launch of a stablecoin