Monero (XMR) price dropped by nearly 10% three days after establishing a week-to-date high around $290 on April 24. Nonetheless, several technical indicators suggest that the XMR/USD pair is poised to resume its uptrend over the next few months.

Notably, XMR’s price broke out of its «falling wedge» structure in late March. It continued its move upside in the later daily sessions, with rising volumes indicating bullish sentiment among Monero traders.

As a rule, the falling wedge’s breakout target comes to be near the level at length equal to the maximum distance between the pattern’s lower and upper trendline. 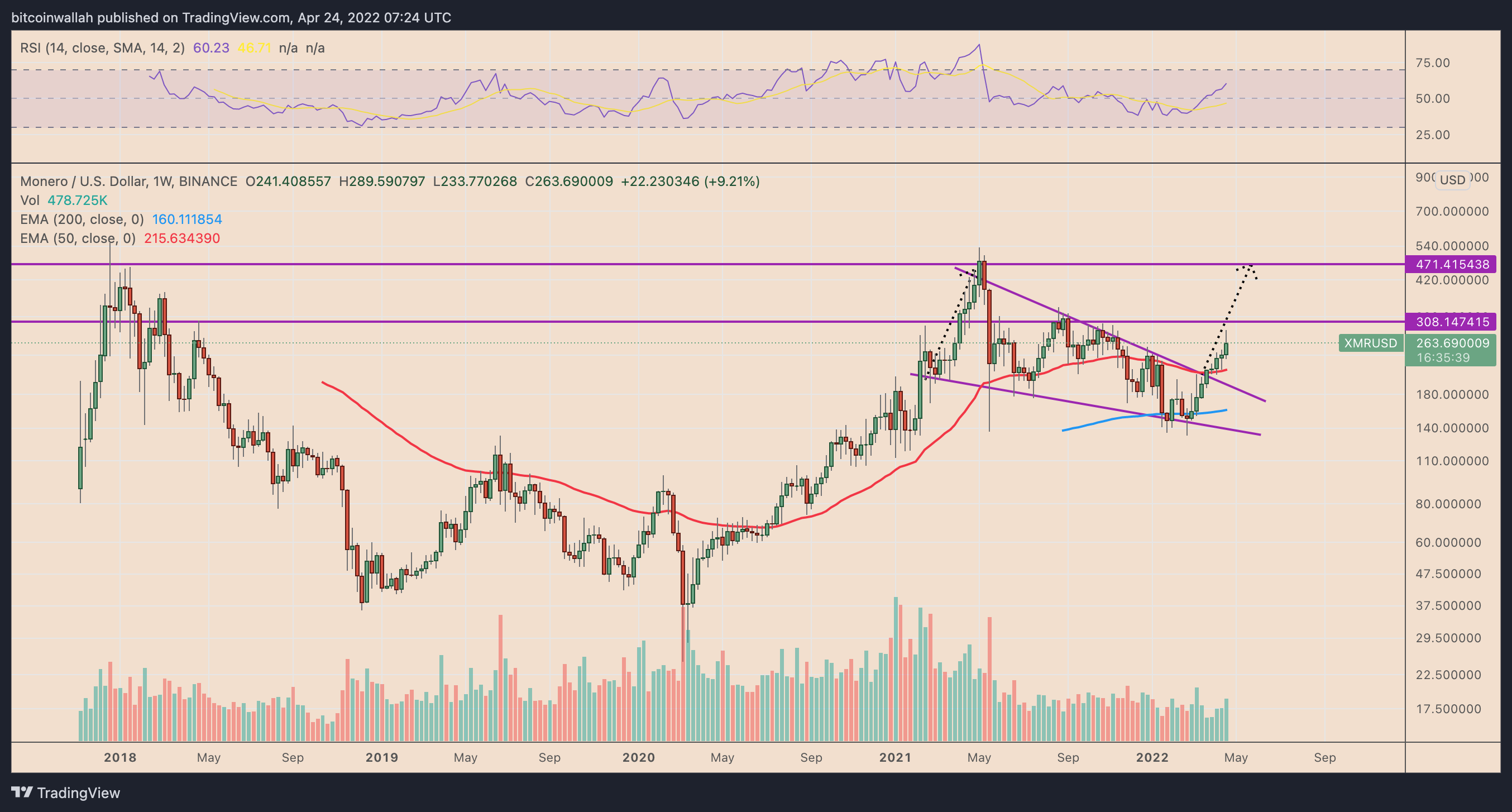 The XMR’s falling wedge is up to nearly $250-long. Meanwhile, the structure’s breakout point sits around $210. As a result of this, the Monero token’s upside target comes to be near $470, up more than 75% from today’s price.

Nevertheless, XMR still needs to close above $300, a psychological resistance level, to confirm its move toward the falling wedge target.

Notably, Monero will undergo a tentative protocol upgrade in July, preceding a testnet deployment in May. The update aims to increase the ring size from 11 to 16 to ensure that XMR transactions have a larger anonymity set to make it harder to find the transaction source.

The hard fork announcement has appeared against the backdrop of rising demand for privacy coins amid geopolitical and economic turmoil.

XMR’s strong fundamentals underpin its bullish wedge setup. Nonetheless, Monero is also at risk of retracement in the short-term.

XMR has corrected lower after testing $278 repeatedly as resistance in the last three days, raising the possibility that it could continue lower. This would present the next downside target appears near $227, coinciding with the 0.236 Fib line of the Fibonacci retracement graph, drawn from $493-swing high to $145-swing low.

The loss of privacy: Why we must fight for a decentralized future