The plunge increased the possibility of triggering a bearish reversal setup called descending triangle. While these patterns form usually during a downtrend, their occurrences following strong bullish moves usually mark the end of the uptrend.

XRP has been in a similar trading channel since April 2022, bounded by two trendlines: a lower horizontal and an upper downward sloping.

The pattern now nears its resolve as XRP pulls back toward the support trendline that’s also coinciding with the 50-week exponential moving average (50-week EMA; the blue wave), five weeks after testing the upper trendline as resistance. 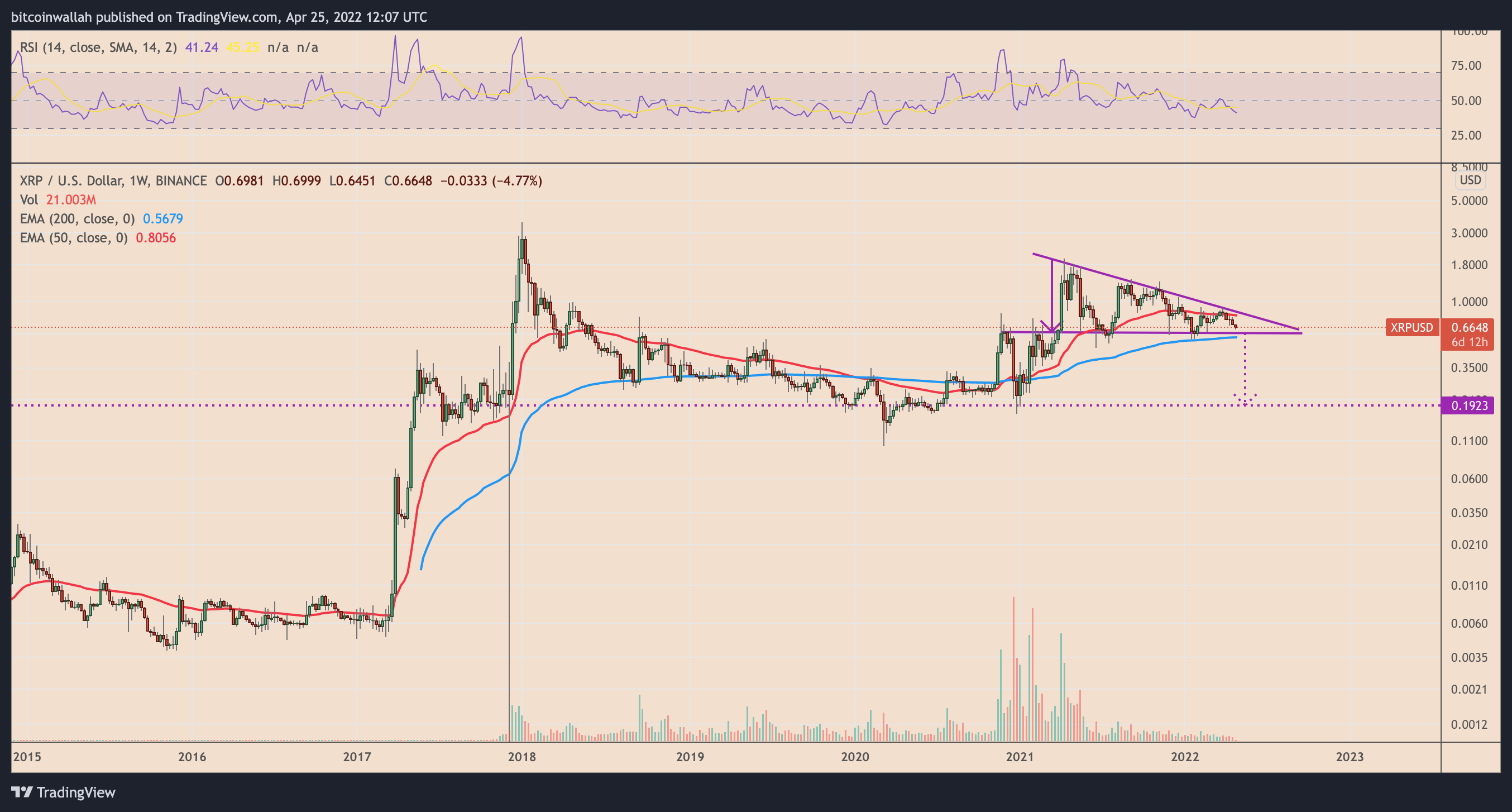 If a breakdown occurs below the triangle’s lower trendline, coupled with increased volumes, XRP’s price could fall to the level that is at the length equal to the maximum distance between the structure’s upper and lower trendline, as shown in the chart above.

The bearish outlook for XRP comes majorly in the wake of a similar selloff happening across Bitcoin (BTC), Ether (ETH), and the rest of the crypto market. The correlation between Bitcoin and XRP was 0.84 this April 25. A perfect score of 1 indicates that the two assets move perfectly in sync with one another.

Furthermore, Bitcoin could fall to its January lows below $33,000, asserts Mark Newton, a technical strategist at Fundstrat. BTC’s initial pullback to $36,300 «should lead to a full retest of $32,950 without too much trouble,» he added.

Related: ‘Something sure feels like it’s about to break’ — 5 things to know in Bitcoin this week

As a result of its positive correlation with Bitcoin, XRP could therefore decline further to trigger its descending triangle breakdown setup.