Bitcoin (BTC) remains a slave of the U.S. dollar on April 27 as the greenback spells fresh misery for risk assets across the board. 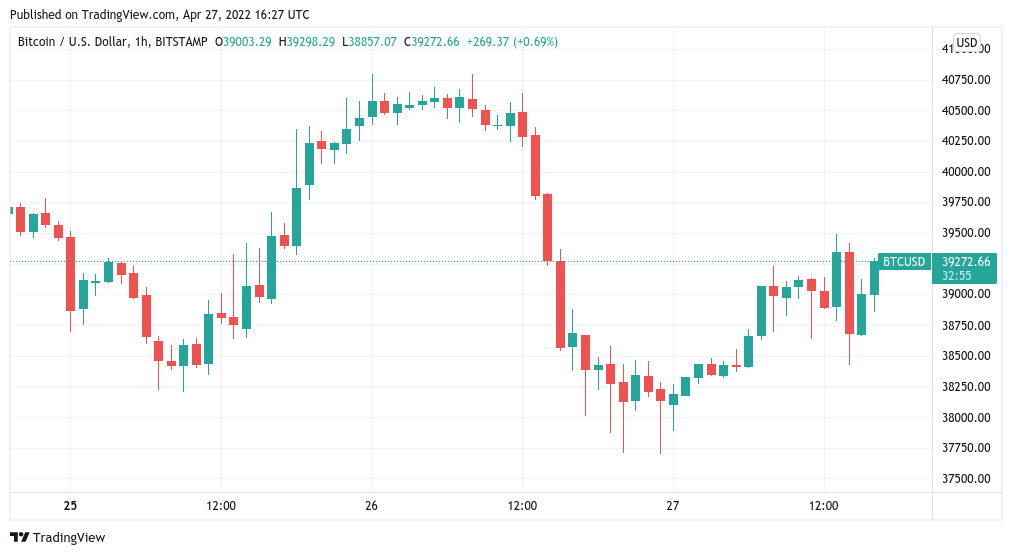 BTC faces off with the support zone to hold

After dipping to $37,700 Tuesday, Bitcoin saw a relief bounce which culminated in a rebound to $39,200 — a zone which is now critical to flip back to support, one trader says.

In his latest YouTube update, Cointelegraph contributor Michaël van de Poppe highlighted the area around $39,300 as a springboard for BTC/USD to attack short-timeframe resistance. Flip it, he said, and the pair could then target $42,600.

«If we lose this one, I think we are looking for short opportunities,» he explained, with possible confirmations of a bottom coming below $37,000.

«If we lose this level as support, I think it could be nosediving as we’re going to trigger liquidity below the lows and then we might be testing some lower levels in which ultimately, if the markets are really ready to nuke, I’m looking at $30,000 as the ultimate bottom for the markets.»

Van de Poppe is far from alone in calling for a $10,000 step down. In recent weeks, several figures have given $30,000 as a target, among them former BitMEX CEO, Arthur Hayes and Bloomberg Intelligence chief commodities strategist, Mike McGlone.

In his latest blog post, meanwhile, Hayes expanded on his short to mid-term view of asset prices, forecasting a dramatic renaissance in both Bitcoin and gold, which he says will hit $1 million and up to $20,000, respectively by 2030. 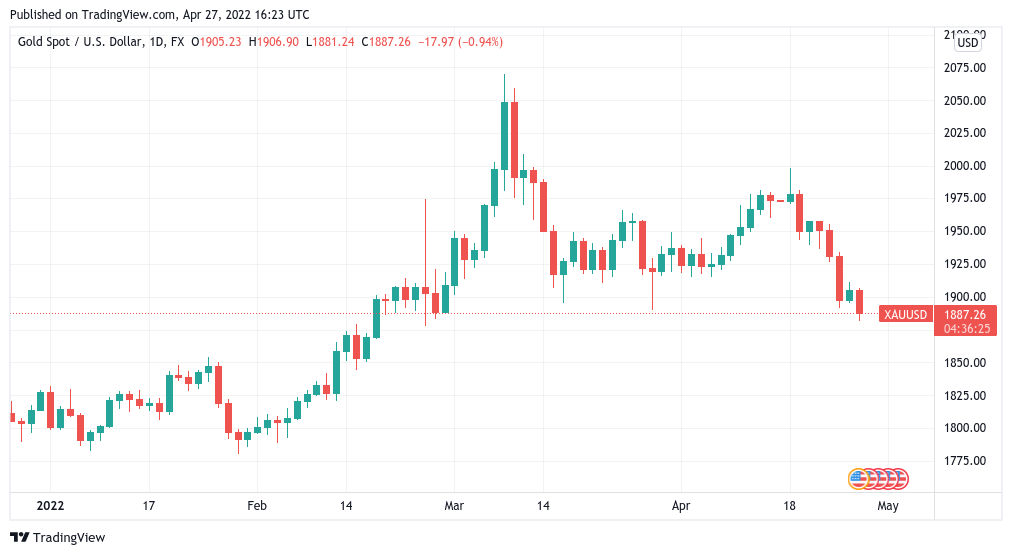 As throughout this week, everything hinges on the U.S. dollar currency index (DXY).

Reaching 103.28 Wednesday, DXY is attempting to match and break above its highs from March 2020, something which would mean multi-decade highs should it succeed.

Van de Poppe flagged 103.77 as the level to watch, while a break in the upside would reduce pressure on Bitcoin and other risk assets.

«If the DXY is finding itself a top — which is most likely going to be above those highs — and take the liquidity there, I think you’ll want to be long Bitcoin,» he added, predicting a «serious run» for BTC should a DXY retracement come in tandem with BTC/USD reclaiming support. 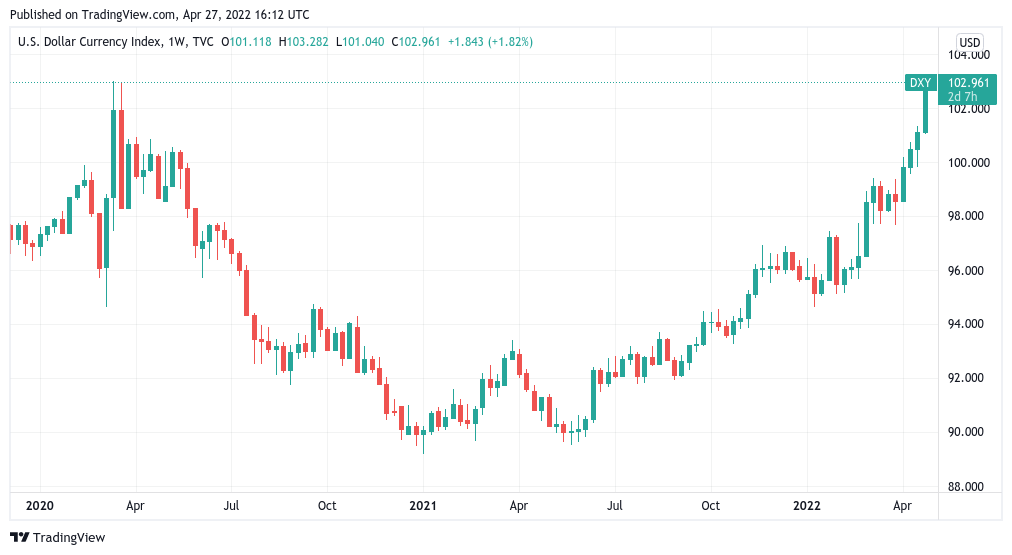