Solana (SOL) and Moonbirds came to the rescue of the bearish nonfungible token market after a six-week cooldown phase.

According to the monthly DappRadar report, the NFT market recorded a multi-month trading volume high of $6.5 billion, surging by 23% from March, breaching the $6 billion mark only for the third time in its history. 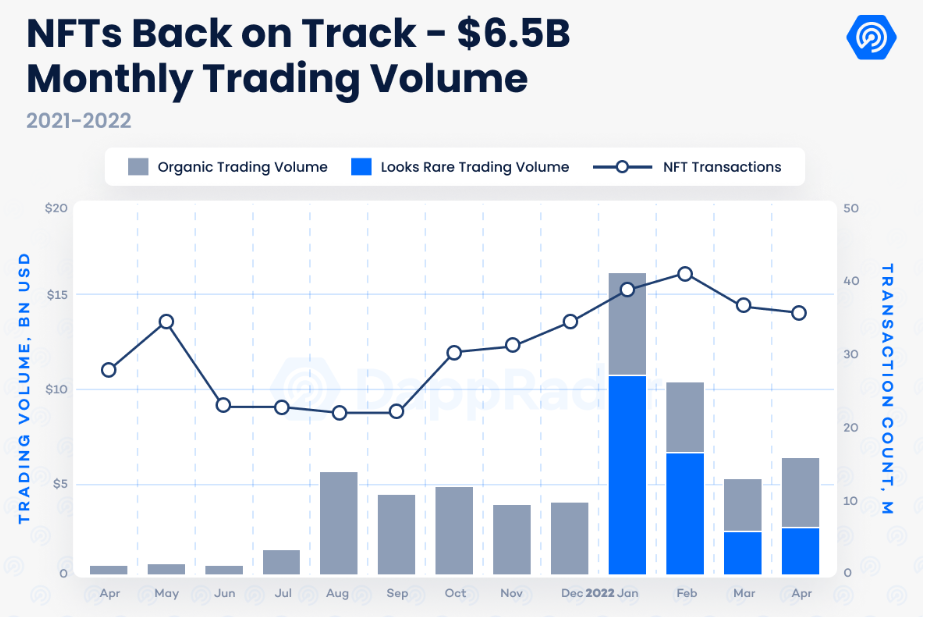 Moonbirds contributed half a billion worth of trading volume while Solana blockchain recorded nearly $300 million in NFT trades with a 91% month-on-month increase.

Many new hyped NFT projects also contributed to the growing trading volume, especially Otherdeeds which generated $760 million within 24-hours. The success of Otherdeeds turned out to be bittersweet as it led to high gas fees of upto 2.5 ETH at the time of minting.

While the NFT market made a remarkable recovery, the total value locked in decentralized finance dipped by 12% due to volatile token prices. However, Terra (LUNA) defied the common market trend to register a 15% surge in TVL dominance with a total of $30 billion locked in the protocol.

Falling TVL and volatile token prices didn’t bound the DeFi market to continue its expansion, as the ecosystem registered remarkable growth beyond the Ethereum (ETH) blockchain. Ethereum’s TVL dominance declined from 94% a year ago to 59% in April. 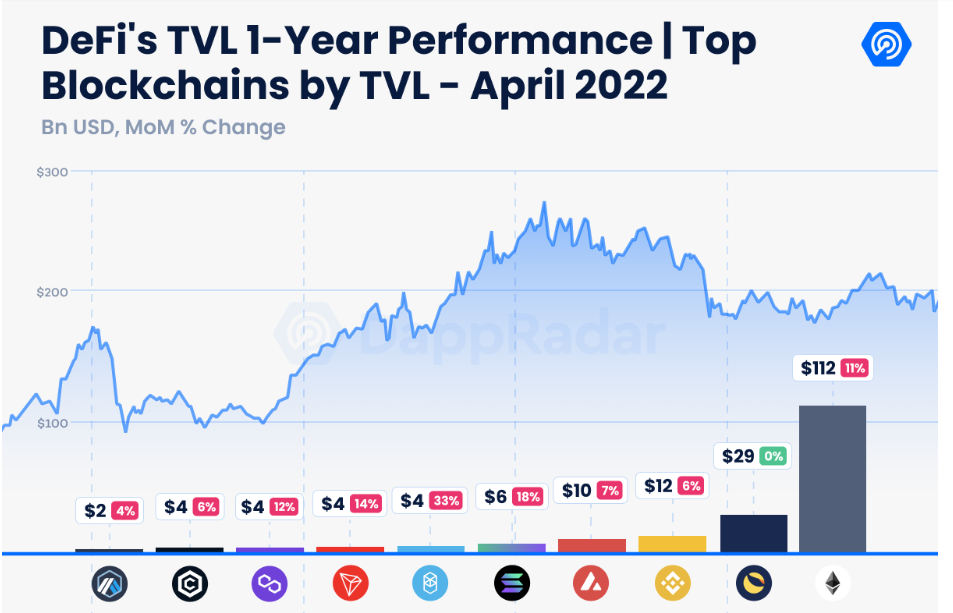 Blockchain games continued their dominance in April despite major breaches such as the Ronin bridge hack. Gaming DApps accounted for 52% of the industry’s unique active wallets. Major gaming blockchain networks such as Polygon and BNB also topped the chart of on-chain activity.