Meta will test digital collectibles on Instagram starting this week

Mark Zuckerberg, CEO of Facebook’s parent company Meta, said that the company is starting to test digital collectibles on photo and video sharing platform Instagram this week, signaling a move toward adding nonfungible tokens, or NFTs.

In an interview with Impact Theory’s Tom Bilyeu published to Facebook on Monday, Zuckerberg said the move to test digital collectibles on Instagram was the first step toward allowing creators and collectors to display NFTs on other apps under Meta’s control: WhatsApp, Facebook Messenger, and Facebook. According to the CEO, Meta was planning to “bring similar functionality to Facebook soon” and working on “augmented reality NFTs” for Instagram as well. 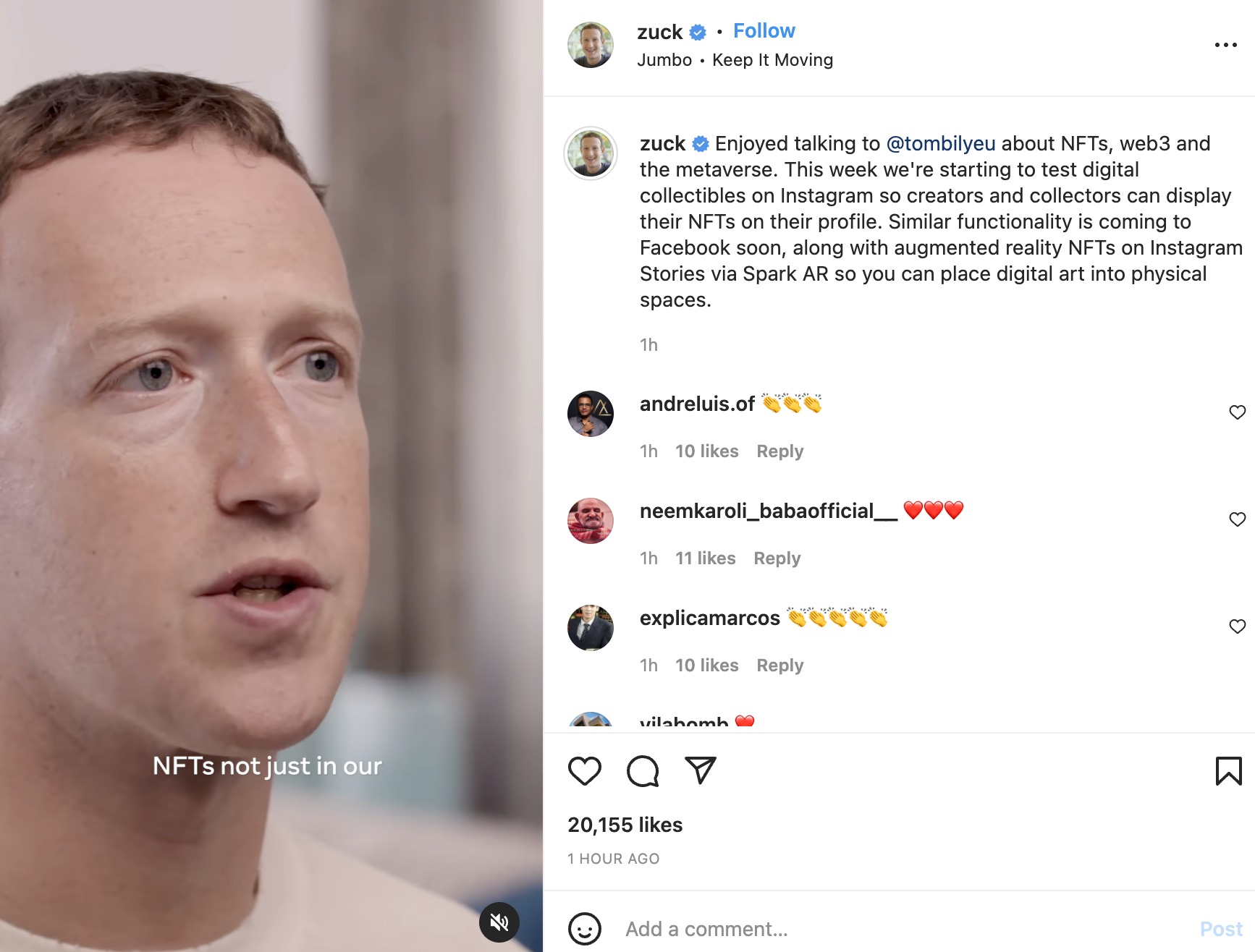 The move would seemingly allow Instagram users to display NFTs as profile profiles, as Twitter first announced in September 2021 its users would be able to do, later rolling out iOS support for NFT hexagonal avatars in January. Reddit said shortly after Twitter’s NFT rollout that it was testing using the tokens as profile pictures on its platform, while content subscription service app OnlyFans — which many use to promote adult content — has offered NFT profile pictures since December 2021.

Datareportal reported that Instagram had roughly 1.5 billion users globally as of January 2022, roughly half of Facebook’s 2.9 billion. Many prominent users in the crypto space already have accounts with the photo and video sharing platform, a fact of which some hackers have taken advantage — Cointelegraph reported in April that bad actors breached Bored Ape Yacht Club’s Instagram page and shared links to a fake airdrop with the project’s more than 600,000 followers.

Since rebranding from Facebook to Meta in October 2021, the social media company has announced many initiatives aimed at cryptocurrency and metaverse users. Though Meta shut down its digital currency project Diem — formerly Libra — in February, the company also opened the doors for a brick and mortar metaverse-themed retail store in the San Francisco Peninsula on May 9.