Bitcoin price drops under $29K as Walmart, Target stock lose most since 1987

Bitcoin (BTC) headed toward an «interesting» liquidity area on May 18 as United States stock markets opened with a bearish bang. 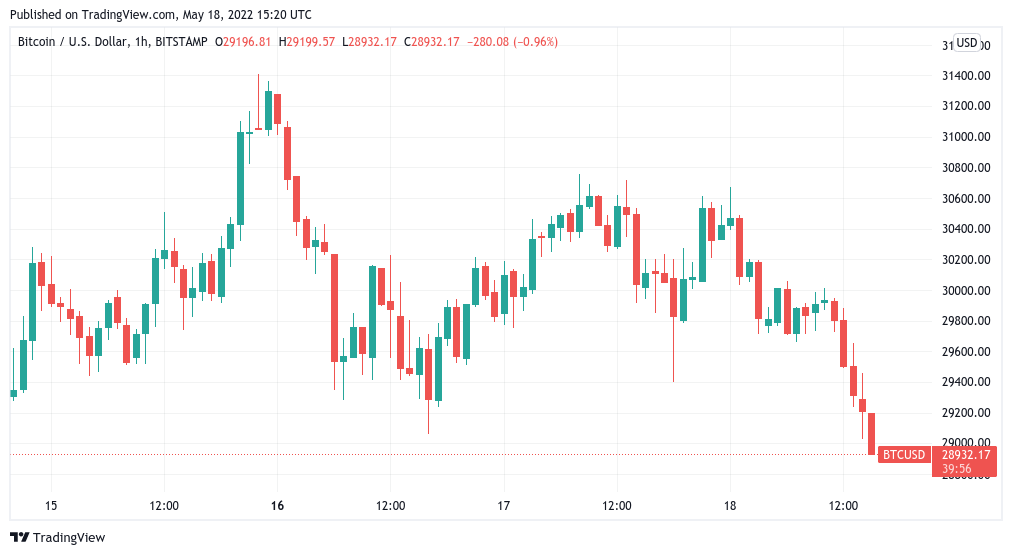 Data from Cointelegraph Markets Pro and TradingView followed BTC/USD as it broke through the $29,000 support after the Wall Street open.

The big surprise, however, came from grocery giants Walmart and Target, both of which saw the biggest intraday declines since the weeks prior to the 1987 «Black Monday» market crash.

At the time of writing, WMT was down over 15% in five trading days, while TGT was nearing 25%. Both had come after reported of deteriorating earnings amid a squeeze on consumer spending from inflation.

«Bear market rallies can last weeks or just a few days. The combo Walmart/Target bombs indicate the U.S. consumer might not be as healthy as thought. The 3-day rally could be over,» Fred Hickey, editor of The High-Tech Strategist, told Twitter followers on the day.

As standard, BTC declined with the indices to threaten a break below $29,000 toward an area of liquidity which represented the daily closes from last week’s drop which had seen spikes below $24,000.

«Looks like a clean breakdown to me. Price action has been choppy but we should at least sweep the lows,» popular trader and analyst Nebraskan Gooner tweeted in his latest update.

#Bitcoin is making that dropdown and the low has been swept.

An interesting area for me, the next one is around $28.4K. pic.twitter.com/FnEqJ6mz73

«Many times these compressions break one way for a fakeout and then reverse,» he tweeted regarding declining volatility potentially now resulting in a price move.

«Would love to see $BTC break down, get shorts off sides, and move up. Not certain this happens at all but would be a great set up.»

A subsequent post confirmed that BTC/USD was moving according to plan.

Out of the top ten cryptocurrencies by market cap, Cardano (ADA) and Solana (SOL) were the worst performers, with daily losses near 8%.

Ethereum (ETH) lost $2,000 support and headed towards its lowest levels since the May 12 cross-crypto capitulation.

«Altcoins have retraced a lot. But previous bear markets suggest they could go lower,» trader and analyst Rekt Capital warned on the day.

«If BTC loses its Macro Range Low, that would confirm more downside in the Crypto market. Which could enable Altcoins to follow their standard Bear Market correction of over -90%.» 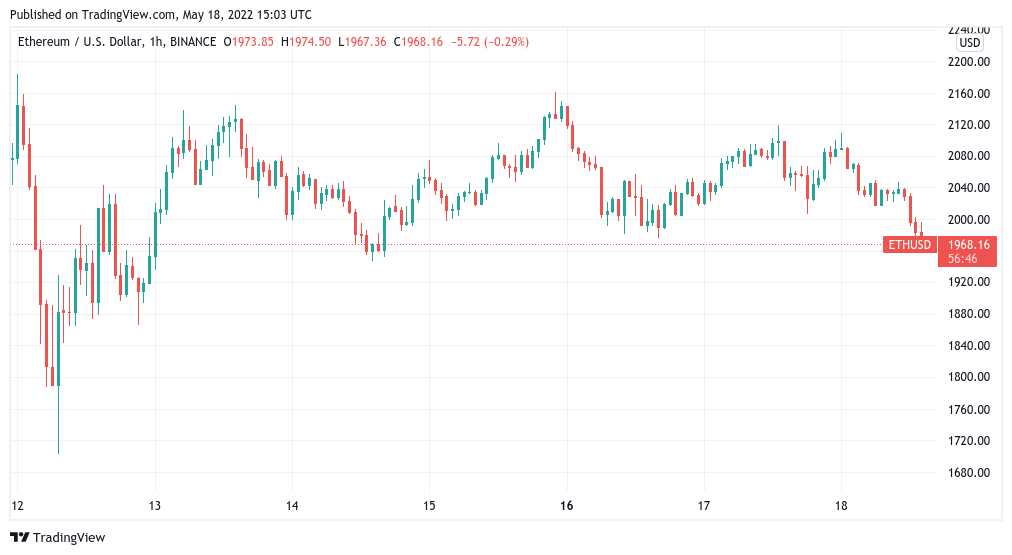