Bitcoin ‘ready’ for $32.8K after consolidation as BTC price gains 6.3% 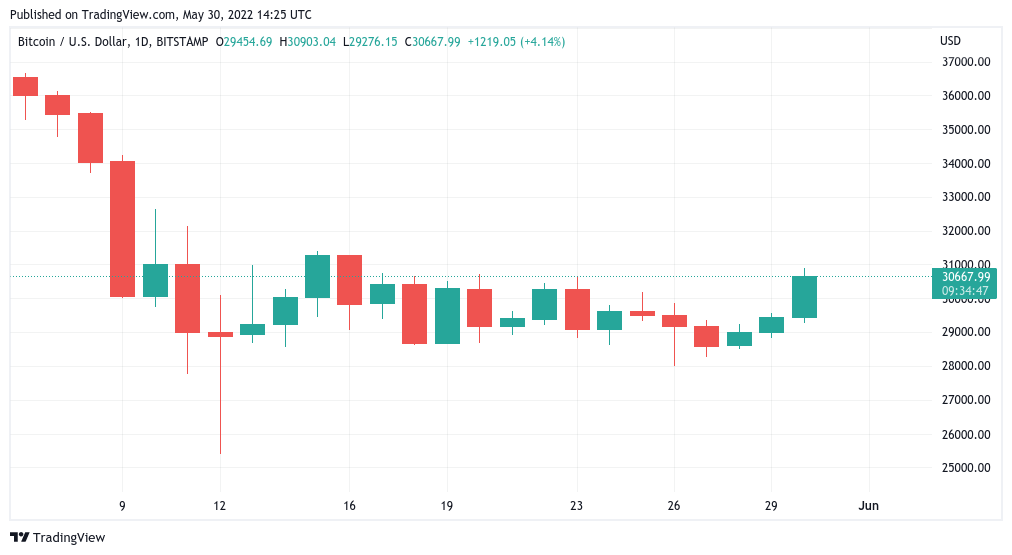 Data from Cointelegraph Markets Pro and TradingView showed the largest cryptocurrency consolidating near that $30,600 at the time of writing after hitting highs of $30,900 on Bistamp.

Its best performance since May 16, the return to relative strength was welcomed by analysts, some of whom began to discuss the possibility of a range breakout.

«Some more consolidation here and we’re ready to break further upwards in which $32.8K and $35K are the resistances. The moment that the market gets to $35K, that’s the point where I’m expecting everyone to turn bullish.»

Fellow trader and analyst Rekt Capital agreed, requiring at least $32,000 to break and hold for a change of trend.

#BTC is enjoying a rebound from the very bottom of the Macro Range Low, after holding it as support for the past few weeks

For the moment, not too meaningful a move, macro-wise#Bitcoin pic.twitter.com/tL7OpKOybm

To the downside, meanwhile, Van de Poppe highlighted the area near the May 29 weekly close as crucial support to now hold.

That weekly close had remained disappointing, marking the ninth red candle in a row for BTC/USD.

Adopting a conservative perspective, trading account TXMC Trades was unsure of Bitcoin’s ability to crack the range while United States markets were off for the Memorial Day holiday.

Still just range bound despite the quickness of the pump. LTF double top at resistance. Will #BTC break out of a well defined consolidation on a market holiday in the US without a catalyst? My base case is no, but I’ve been wrong before. pic.twitter.com/0gjs6GXizc

No bright future for stocks

Ahead of markets returning on May 31, doubts similarly lingered over the true momentum behind their newfound strength, which showed itself last week.

Bitcoin had been initially slow to react, but its copycat behavior lent weight to the idea that higher levels across risk assets could ultimately prove to be a fakeout.

Commenting on the fortunes of the S&P 500, trader and analyst Pentoshi admitted that he did not see much more upside to come.

«I think we are nearing the upside being capped for SPX in red box after we got that beautiful swing low on the weekly,» he said alongside a chart showing targets.

«Very hesitant to think this can sustain momentum (only gives Fed more reason to tighten).»

The U.S. dollar index (DXY) retreated for another day, breaking below 101.5 for the first time since late April. 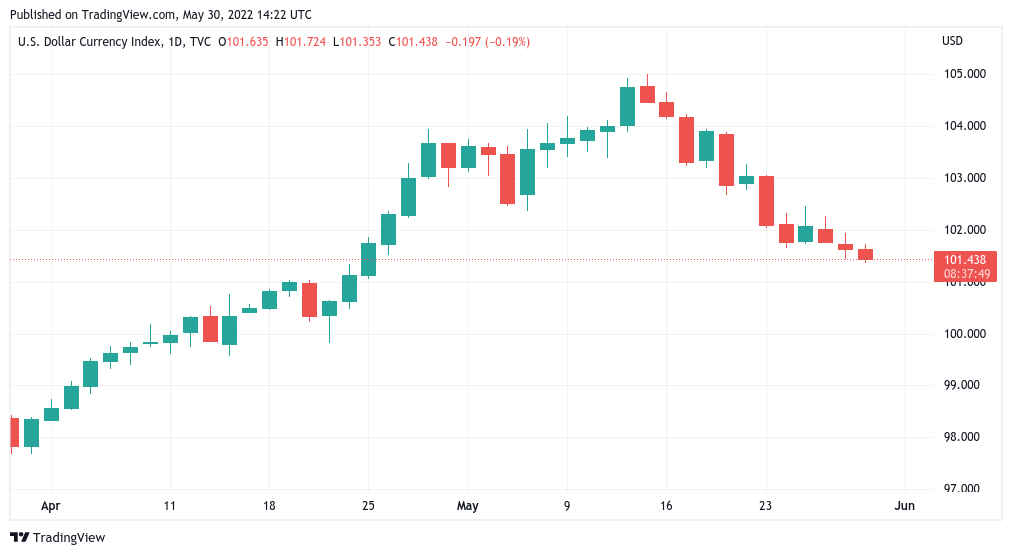 Binance gets approval to operate in Italy, will open office in Milan

Paraguay paves the way for crypto regulation despite internal opposition

Paraguay paves the way for crypto regulation despite internal opposition

CeFi interest on the wane: Will BlockFi, Ledn and Nexo rates trend lower?

Binance gets approval to operate in Italy, will open office in Milan

Bitcoin ‘ready’ for $32.8K after consolidation as BTC price gains 6.3%