The St. Louis Federal Reserve stirred up a mix of amusement and curiosity from the crypto community on Tuesday, May 7, after publishing a post showing how the cost of eggs in Bitcoin (BTC) has fluctuated over the last 14-months compared to the U.S. dollar.

The FRED Blog compares egg prices in U.S. dollars vs. bitcoins. Check out the post to see which prices are more stable https://t.co/Qfy9w8zgBk pic.twitter.com/qpFH4ny33S

The post initially features a graph showing the historical price of eggs in U.S. dollars for every month since January 2021, noting that the prices fluctuated between $1.47 and $2.52 over the 14-month period. 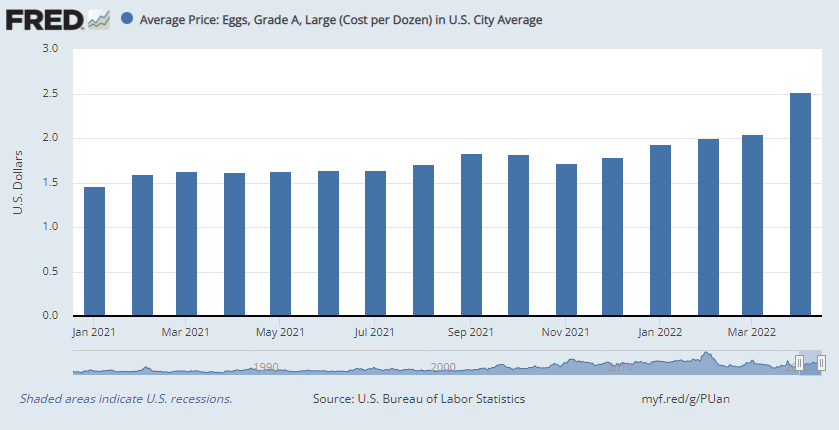 It then follows this up with a graph showing how Bitcoin has behaved in the same time period, noting that the price fluctuated “much more than it did for the U.S. dollar price.”

The report did not stipulate whether the price of eggs had increased or the dollar had devalued, or both, as causes for the trend.

«What would the graph look like if we purchased that same carton of eggs with bitcoins instead of U.S. dollars?» 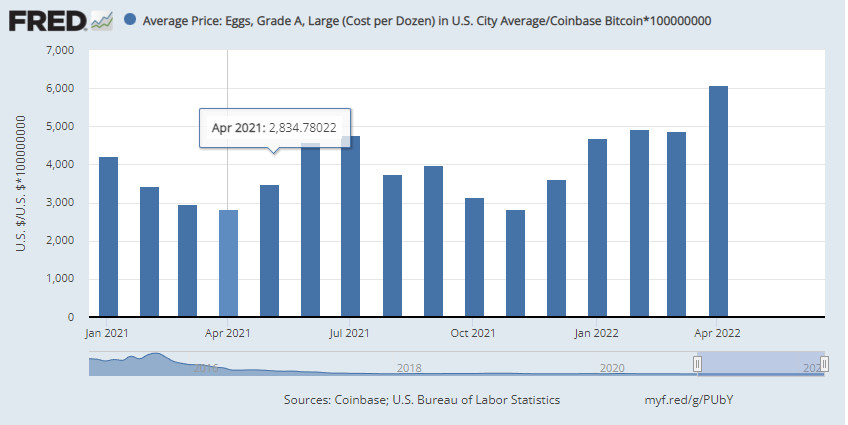 It also drew attention to Bitcoin’s transaction fees, which it says can fall between $2 and $50.

“Plus, you’d need to add a bitcoin transaction fee, which has been about $2 lately, but which can spike above $50 on occasion. Hopefully, if you were making this purchase with bitcoin, you’d put many many more eggs in your basket,” it wrote.

The blog post ultimately drew ire from the crypto community on Twitter, with many arguing that the fed was “cherry-picking” the time period to push the narrative of Bitcoin’s instability, rather than “zooming out”, which would instead show the massive devaluation of the U.S. dollar.

The Fed wrote a post showing the price of eggs in USD and Bitcoin, comparing them over the last year, showing Bitcoin as more volatile and unpredictable.

A Twitter user going by the name @MapleHodl pointed out the obvious by stating that the USD is continuously depreciating over time and Bitcoin is volatile short term, though appreciating, so “stack yolks accordingly.”

Other Twitter users said that for the Fed to even recognize Bitcoin as a unit of account as being a net positive sign for the king crypto.

Even the Fed is starting to price consumer goods in BTC. Bullish.

Price of eggs going down. No inflation. pic.twitter.com/hbeR38PWdx

“No matter how they put it. They used Bitcoin as a unit of account to compare. That’s really big.”

Related: Fed money printer goes into reverse: What does it mean for crypto?

The recent post from the Federal Reserve Bank of St. Louis comes as a survey from Bloomberg’s MLIV Pulse on June 6 revealed that crypto and tech stocks are “acutely vulnerable” to quantitative tightening plans by the U.S. central bank aimed at dampening inflation. 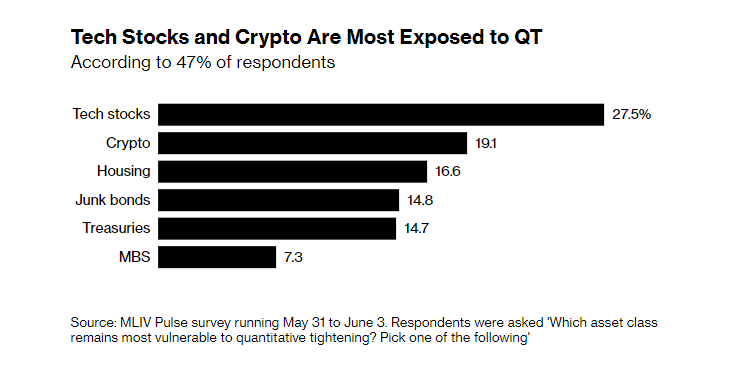 “The historic shift is seen as a notable threat to tech equities and digital tokens — both risk-sensitive assets that soared in the Covid-era market mania before cratering in this year’s cross-asset crash.”

Since 2009, when Bitcoin first came into existence, the U.S. dollar has lost 26% of its value, tracking an average inflation rate of 2.32% per year since then, according to this inflation calculator. 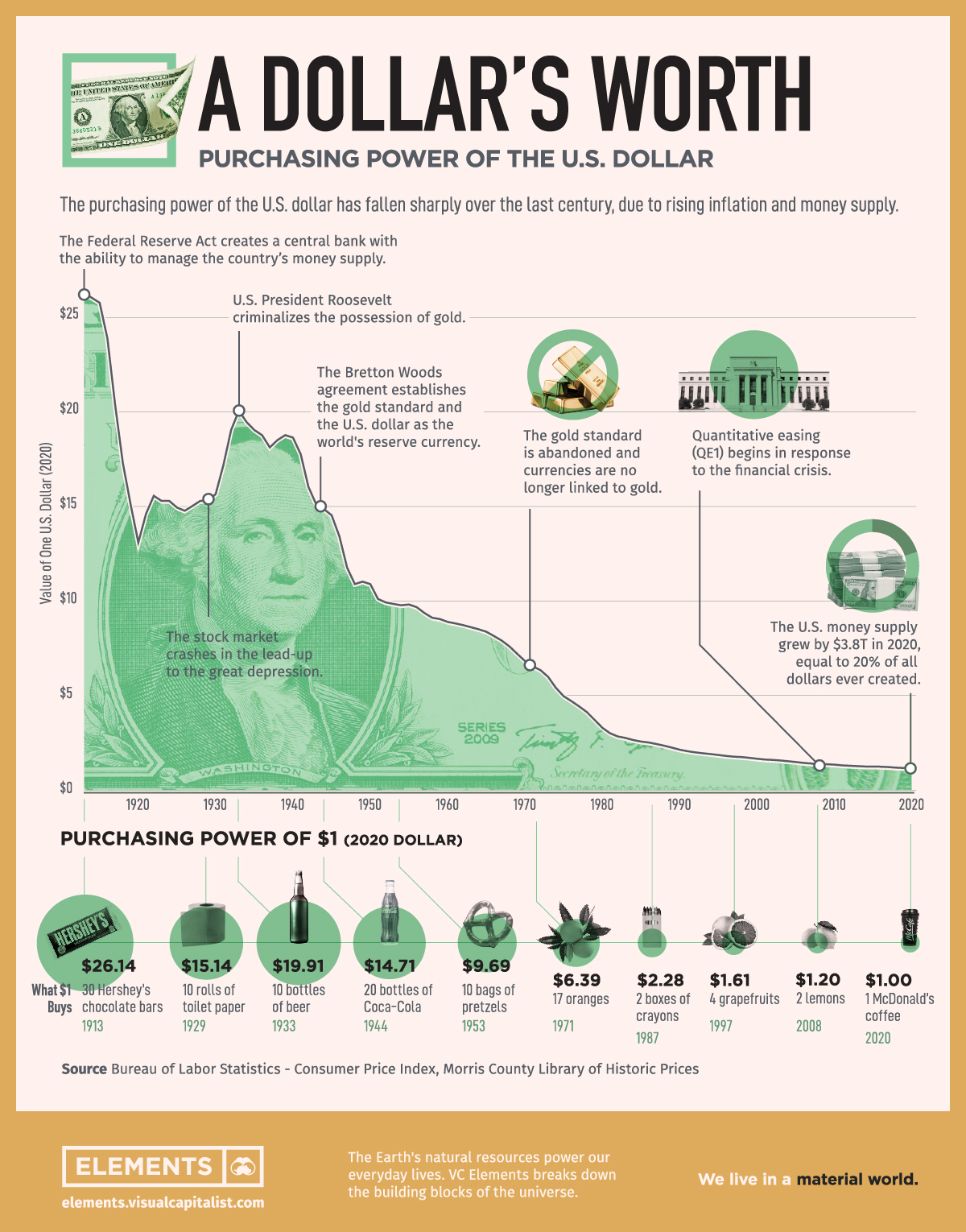