Shares of Coinbase Global Inc. (COIN) have been downgraded by analysts at Goldman Sachs after plunging cryptocurrency prices affected the exchange’s underlying business, underscoring the challenges posed by the bear market.

The reason for the downgrade stems from the “continued downdraft in crypto prices,” Goldman analyst William Nance said in a note that was obtained by Bloomberg. The analyst said Coinbase “will need to make substantial reductions in its cost base in order to stem the resulting cash burn as retail trading activity dries up.”

According to Bloomberg, Coinbase still has 20 buy recommendations, 6 holds and 5 sell ratings as of June 27. Stocks with a buy rating are on analysts’ recommended list. Stocks with hold ratings are expected to perform roughly on par with the broader market and sell recommendations are calls to liquidate an asset. 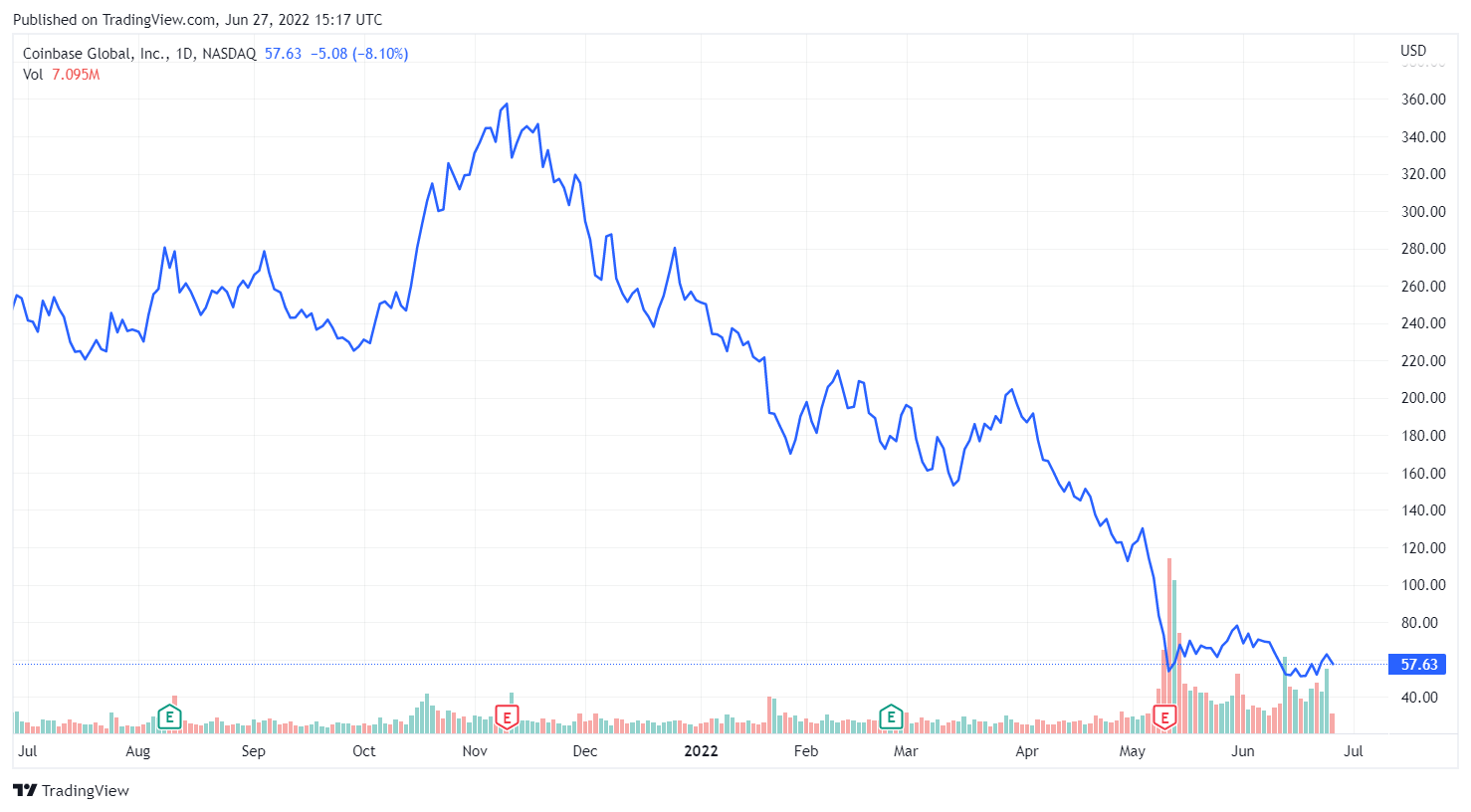 Shares of Coinbase have plunged over the past seven months. Source: TradingView.

Coinbase began trading on the Nasdaq stock exchange in April 2021 and quickly exceeded its pre-listing reference price, eventually reaching $381. At those price levels, COIN had a fully diluted market capitalization of nearly $100 billion. However, since November, COIN has been on a downward spiral, plunging 84% to less than $58 a share. The stock was down 8% on Monday, dragging its market cap below $15 billion.

The selloff in Coinbase stock has occurred in lockstep with plunging crypto prices. Since peaking at around $69,000 in November 2021, Bitcoin (BTC) is down almost 70%.

In addition to its collapsing share price, Coinbase has been forced to lay off around a fifth of its staff and has even gone as far as rescinding job offers. CEO Brian Armstrong said the likelihood of recession could prolong the so-called “crypto winter” and lead to an extended period of adverse market conditions.

As Cointelegraph reported, credit rating agency Moody’s recently downgraded Coinbase’s Corporating Family Rating to Ba3 from Ba2. As Moody’s noted, Coinbase’s revenue model is tied to trading volumes, which have dried up in recent months due to the mass exodus of retail traders.