Lido DAO most ‘overbought’ since April as LDO price rallies 150% in two weeks — what’s next?

The price of Lido DAO (LDO) dropped heavily a day after its key momentum oscillator crossed into «overbought» territory.

LDO’s price plunged to as low as $1.04 on July 16 from $1.32 on July 15, amounting to a 20%-plus decline. The token’s sharp downside move took its cues from multiple bearish technical indicators, including its daily relative strength index (RSI) and its 100-day exponential moving average (EMA).

LDO’s latest plunge came after it rallied over 150% in just two weeks, a move that simultaneously pushed its daily RSI above 70 on July 15, thus turning it overbought.

An overbought RSI signals that the rally may be nearing an end while readying for a short-term pullback.

Meanwhile, more downside cues for the Lido DAO token came from its 100-day EMA (the black wave in the chart above) near $1.30, which capped LDO from extending its 150% price rally.

In its initial stages, the price action looked similar to LDO’s correction in April 2022, after its RSI crossed above 70 for the first time in history. Notably, the Lido DAO token had undergone a 90%-plus price decline to reach $0.39, its record low, by mid-June 2022.

Related: What are the top social tokens waiting to take off? | Find out now on The Market Report

That raises LDO’s potential to repeat the April-June 2022 correction, albeit with no exact bottom in sight. That said, the token’s interim downside target appears near its 50-day EMA (the red wave) at $0.90, down another 20% from today’s price.

On the other hand, a break below the 50-day EMA would risk crashing LDO to around $0.75, which coincides with the 0.618 Fib line of the Fibonacci retracement graph drawn from $0.39-swing low to $1.31-swing high.

On July 15, Ethereum developers confirmed that their network’s much-awaited transition to proof-of-stake from proof-of-work, dubbed «the Merge» or «Ethereum 2.0,» would tentatively occur on September 19.

LDO surged nearly 25% on the day of the announcement due to its close ties to Ethereum.

In particular, LDO serves as a governance token at Lido, a liquid staking platform that has locked over 4.13 million ETH (worth around $5 billion) into Merge’s official smart contract on behalf of its users. 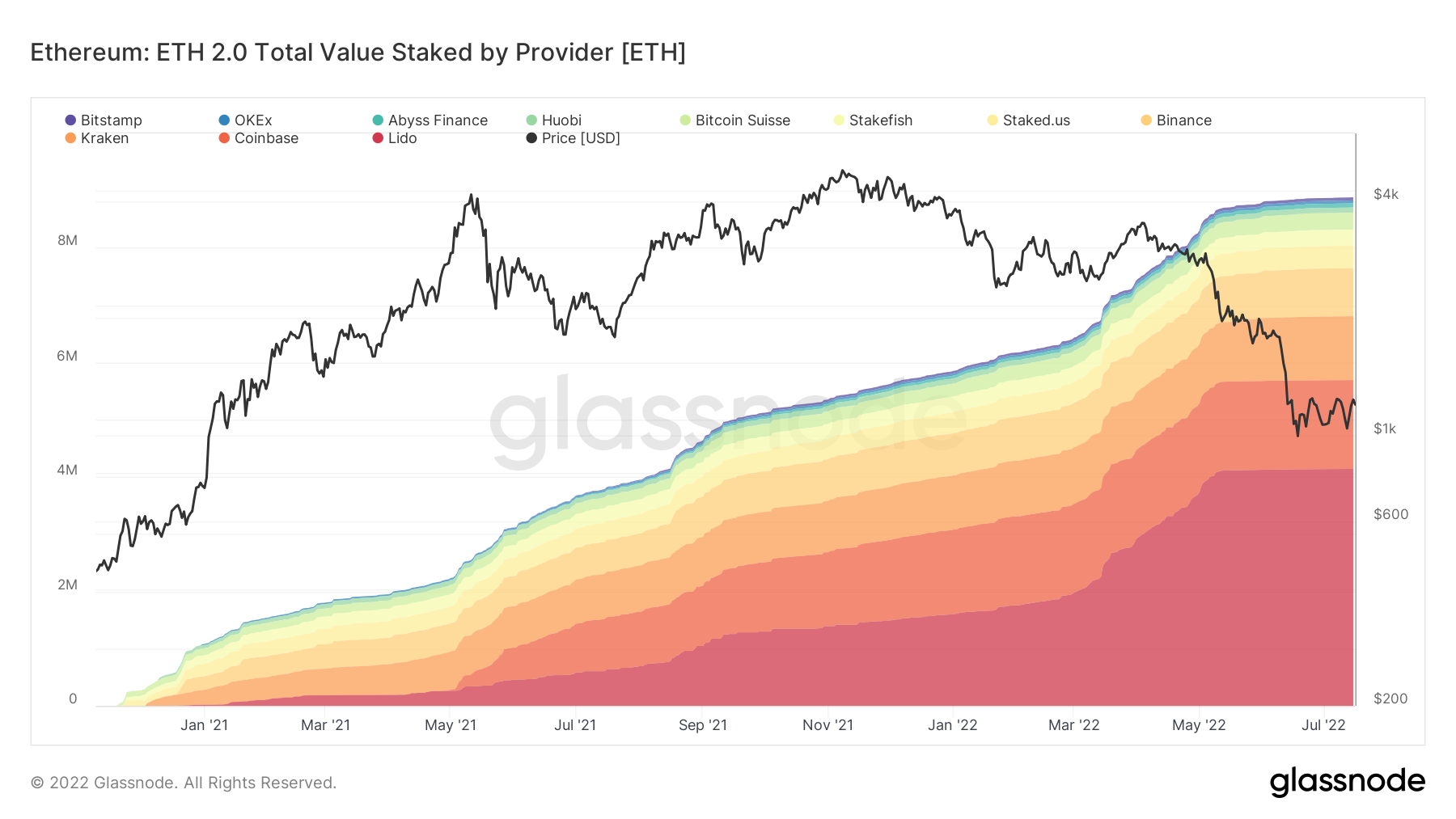 Post Ethereum’s announcement, the number of Ether deposited into the Merge smart contracts via Lido increased.

With Lido currently the biggest provider by total value staked, a successful Merge launch could bring more users to Lido, which, in turn, could boost demand for LDO tokens.

Therefore, a technical correction in LDO’s price could follow up with a rebound toward the 100-day EMA if the Ethereum’s plans to become a proof-of-stake chain comes punctually.