Ethereum’s native token Ether (ETH) tumbled on July 26, reducing hopes of an extended price recovery. The ETH/USD pair dropped by roughly 5%, followed by a modest rebound to over $1,550.

These overnight moves liquidated over $80 million worth of Ether positions in the last 24 hours, data from CoinGlass reveals.

The seesaw action also revealed an underlying bias conflict among traders who have been stuck between two extremely opposite market fundamentals.

The first is the euphoria surrounding Ethereum’s potential transition to proof-of-stake in September, which has helped Ether’s price to recover 45% month-to-date.

However, this bullish hype is at odds with macroeconomic headwinds, namely the Federal Reserve’s and European Central Bank’s hawkish stance, which put pressure on risk assets and saw Ether price shed 68% to date from its record high of $4,950.

But the short term could provide some upside for ETH price. For instance, analyst PostyXBT anticipates Ether to undergo an interim upside retracement based on the token’s recent swings inside an ascending channel pattern, as shown below. 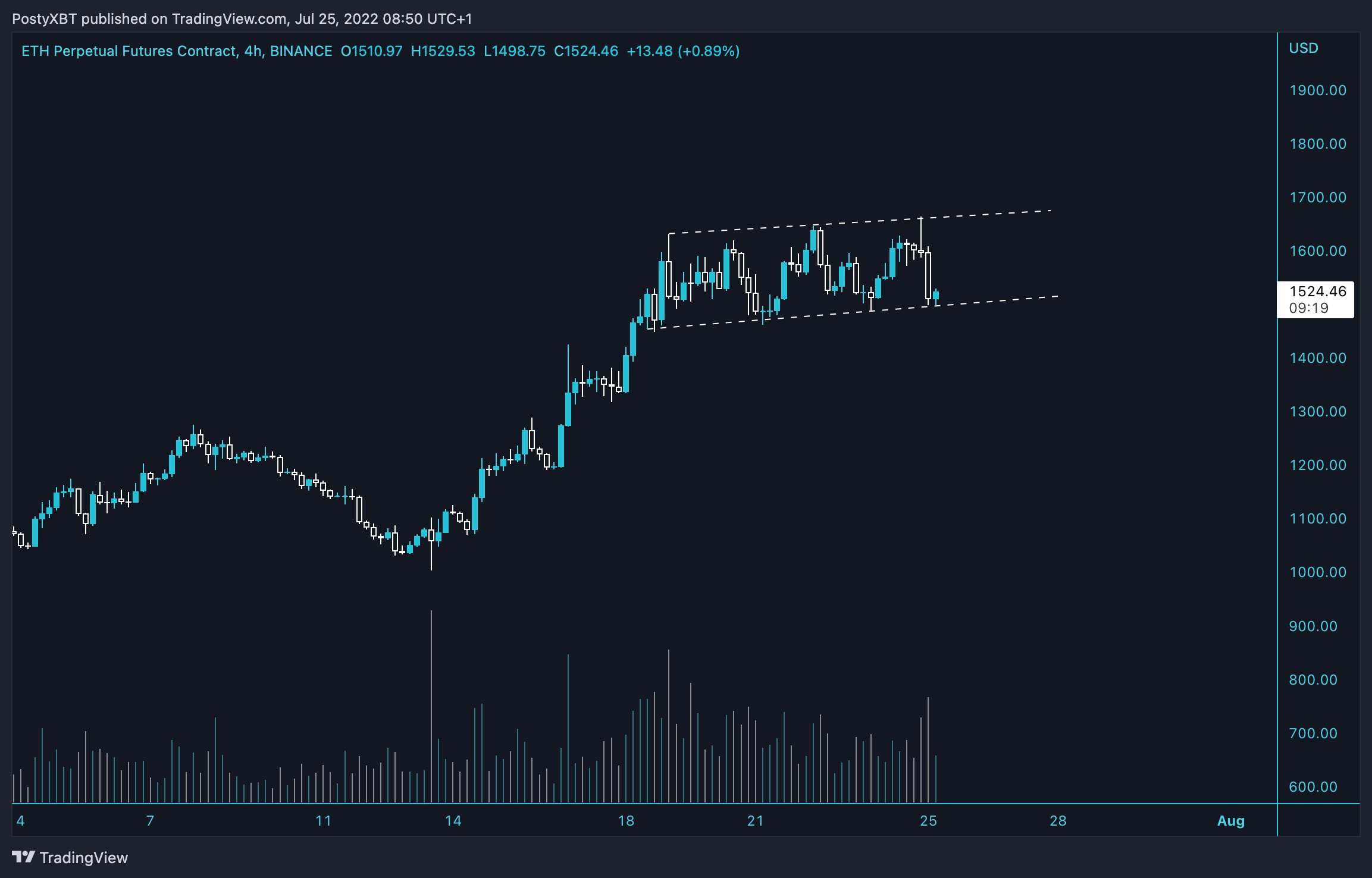 In other words, ETH’s price could hit $1,700 ahead of July’s close if the pattern plays out.

Interestingly, Ether’s price has been forming higher highs since July 18, while its RSI has been making lower highs simultaneously.

That shows a bearish divergence between ETH’s price and momentum, meaning bulls have been losing their grip on the market, and a downtrend may follow.

Ether also risks breaking below its ascending channel’s lower trendline, which coincides with two more price supports: the 50-4H exponential moving average (50-4H EMA; the red wave) at around $1,500 and the 0.5 Fib line near $1,475.

Related: Will Ethereum Merge hopium continue, or is it a bull trap?