“Extreme” demand at the $20,000 price point for Bitcoin (BTC) appears to have forced the coins back into the hands of investors who care less about price while creating a new realized price level.

In the latest The Week OnChain Newsletter published on Monday, Glassnode’s UkuriaOC pointed to “extreme demand” around the $20,000 region, noting that each psychological price level from $40,000 to $30,000 to $20,000 creates a new group of short-term holders (STHs).

The Glassnode analyst noted that much of the supply that new STHs bought during that drawdown has not been sold even though prices are significantly down. This may be due to less price-sensitive buyers or those who care more about Bitcoin fundamentals than investment gains, driving demand.

Glassnode wrote that this suggests the newly-minted STHs are price insensitive buyers with more confidence in Bitcoin, adding that their conversion from a STH to a long-term holder (LTH), who does not sell for at least 155 days, would help confirm this:

“It would be constructive to see these STH held coins at the $40k-$50K level start to mature to LTH status over coming weeks, helping to bolster this argument.”

This is nearly the same duration that LTHs experienced during the 2018 bear market. Glassnode wrote that this suggests losses are being locked in by LTHs which, if the previous argument holds, means that the new buyers have less price sensitivity than the cohort who sold, meaning they could become the newest group of LTHs. 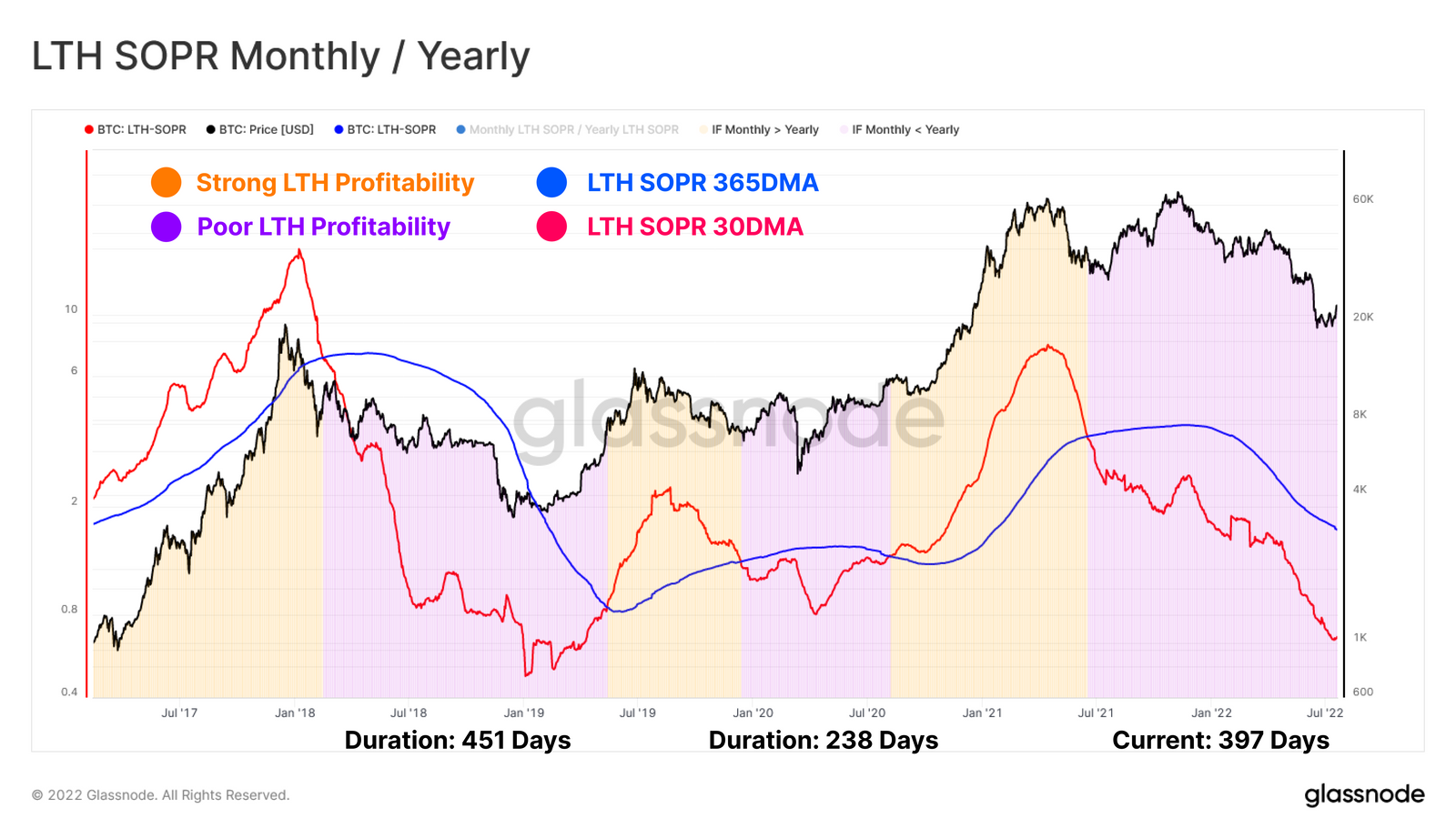 Another point of note in the report is that “unprecedented forced selling” from crypto companies amid mass liquidations and bankruptcies created conditions ripe for a relief pump.

Related: The battle between crypto bulls and bears shows hope for the future

The report concludes by stating that while the “worst of the capitulation may be over,” BTC could remain in this low range for some time as the cost basis for new coin buyers has diverged below the realized price for only about 17 days straight. Previous bear cycles have endured low divergences between 248 and 575 days.