Bitcoin (BTC) saw volatility after the Aug. 2 Wall Street open amid ongoing market reactions to tensions between the United States and China. 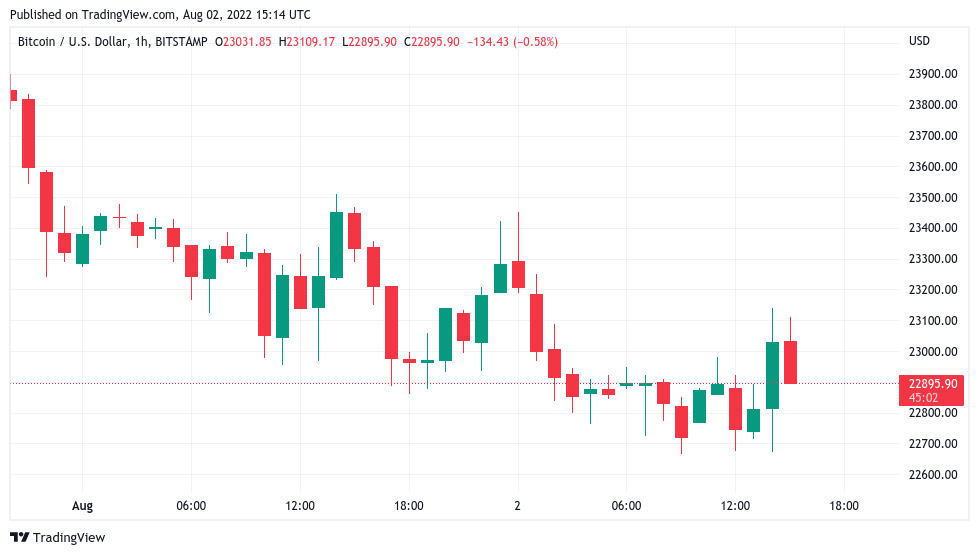 Data from Cointelegraph Markets Pro and TradingView showed BTC/USD spiking above $23,000 on the day as news came in that Nancy Pelosi, speaker of the U.S. House of Representatives, had landed in Taipei, Taiwan after warnings of retaliation from Beijing.

The visit, which had raised concerns of a major incident occurring, appeared to go without a hitch — something an analyst at major banking giant JPMorgan had previously said would spark a market rally.

she made it, pump the markets pic.twitter.com/Os09HTGIoc

Both the S&P 500 and Nasdaq Composite Index were slightly higher at the time of writing, reversing initial losses. Previously, Asian markets had fared worse on the uncertainty, with both the Shanghai Composite Index and Hong Kong’s Hang Seng losing around 2.3% on the day.

As traders eyed an end to the recent few days’ calm on BTC, it remained to be seen whether important trendlines nearby would continue to hold after seeing retests overnight.

«The next few weeks / months in the Cryptocurrecny space are going to be volatile due to macro events playing a bigger part than ever,» popular trader Crypto Tony forecast.

Crypto Tony added that he would add to his allocation should BTC/USD quit the range between $22,000 and $24,000 for lower levels.

That range was shared by fellow trader Credible Crypto, who nonetheless acknowledged the potential for a trip to $25,000 as well.

No change to this idea- still looking for a move down to GREEN or at least the swing low denoted by the RED X here before continuation to the upside to 25k+ $BTC. https://t.co/P3WKkLRmls pic.twitter.com/u494VRotcd

In a potential headwind for Bitcoin and risk assets, the U.S. dollar index (DXY) capitalized on daily strength as events unfolded to aim for the 106 mark once more. 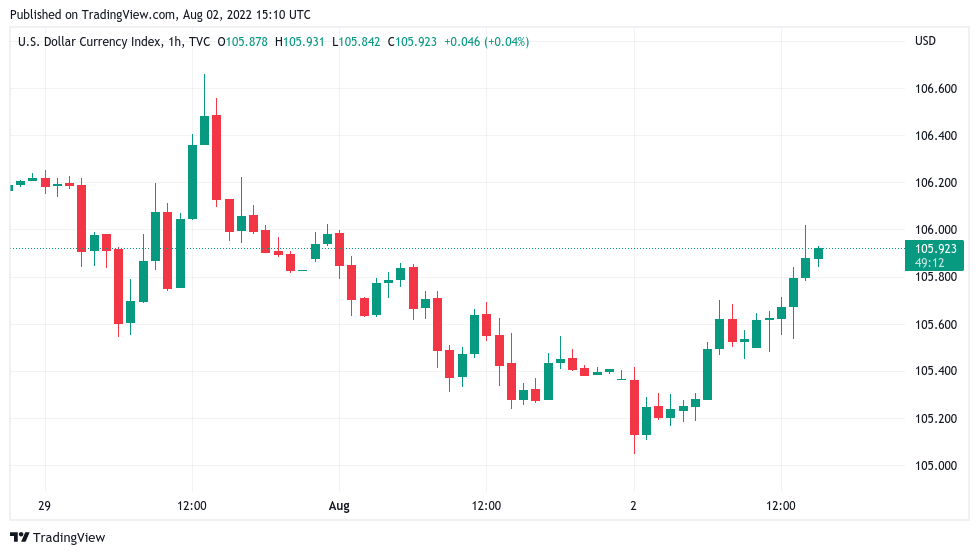 Fib levels cap gains and losses for Bitcoin in Q3

Discussing the broader picture, meanwhile, trading firm QCP Capital confirmed that it did not expect Bitcoin to retest the 2022 lows of $17,600.

Related: Best monthly gains since October 2021 — 5 things to know in Bitcoin this week

«We expect BTC price to drift higher from here for most of Q3, with upside rallies capped, but also dips on choppy price action,» analysts wrote in its latest market summary released Aug. 1.

Beyond that timeframe, however, QCP did not rule out a move to «break the lows» in order to officially end the current bear market. In «extreme» circumstances, it said, this could involved prices as low as $10,000.

An interim pivot point, it added, could be a Fibonacci retracement level at $28,700.