Microstrategy stock up 142% since May lows

The Aug. 3 MSTR rally came a day after MicroStrategy reported a billion dollar loss in its second quarter (Q2) earnings call. Interestingly, the company’s major Bitcoin exposure was a large reason for its poor quarterly performance.

To recap: MicroStrategy is an information technology firm that provides business intelligence, mobile software, and cloud-based services. But one of its primarily corporate strategy is to invest in Bitcoin to hold it long-term.

Unfortunately, holding Bitcoin has cost MicroStrategy an impairment loss of $917.84 million from its 129,698 BTC holdings in Q2, primarily due to the crypto’s 50% year-to-date (YTD) price drop. In comparison, MSTR plunged 42% in the same period. 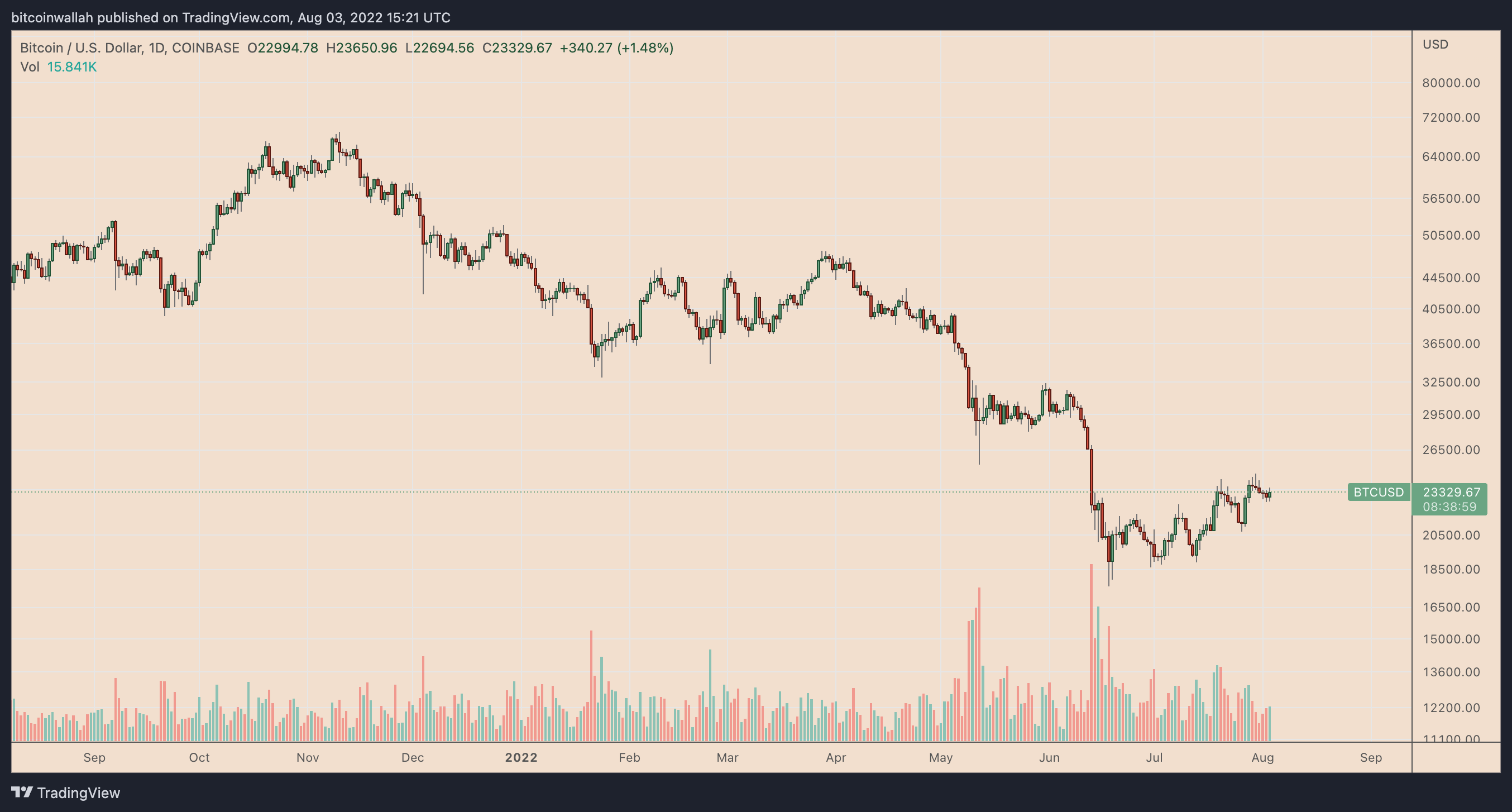 Furthermore, MicroStrategy’s revenue fell 2.6% year-over-year to $122.07 million. The net quarterly losses prompted Saylor—who has strongly backed the Bitcoin investment strategy since August 2020—to quit as the firm’s CEO and become an executive chairman.

MSTR responded positively to Saylor’s resignation and the appointment of Phong Le, President of MicroStrategy, as his replacement, suggesting that investors are comfortable with the change in leadership.

What’s next for MSTR?

MSTR’s course for the remainder of 2022 depends largely on Bitcoin’s performance, given their consistently positive correlation in recent years. But several metrics are hinting at a correction ahead.

The weekly correlation coefficient between MSTR and BTC/USD. Source: TradingView

For instance, MicroStrategy’s enterprise value-to-revenue (EV/R) ratio was at 10.76 on Aug. 3, or in «overvalued» territory.

Similarly, MSTR’s forward price-to-earnings (P/E) ratio has reached 54.95, more than double the market average of 20-25. In other words, the market expects MicroStrategy to show enormous future earnings growth despite its underperformance in recent quarters.

MicroStrategy also has amassed $2.4 billion in long-term debts with $46.6 million in interest expense. Therefore, the company could find it unable to meet its debt obligations if it continues to suffer losses at the current pace. 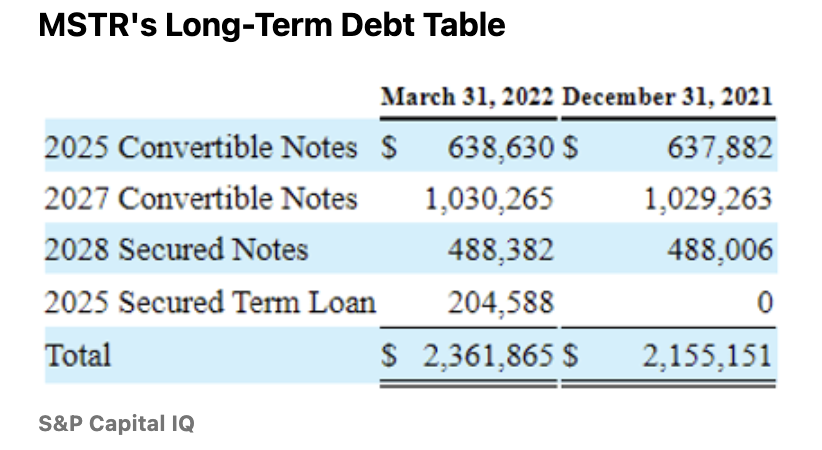 In other words, MicroStrategy could pledge its nearly $2 billion worth of Bitcoin holdings as collateral or sell them to raise capital.

Related: A brief history of Bitcoin crashes and bear markets: 2009–2022

«Nonetheless, crypto and MSTR bulls may remain invested,» noted Juxtaposed Ideas, a Seeking Alpha contributor, in its latest analysis, saying that most are willing to «gamble on Bitcoin’s eventual recovery to $40,000» or beyond by 2023 or 2024.

«That would be a positive catalyst for its future stock recovery, returning some much-needed capital to the highly volatile investment.»