Bitcoin (BTC) returned to base on Aug. 4 as higher levels gave way to a battle for the 200-week moving average (MA). 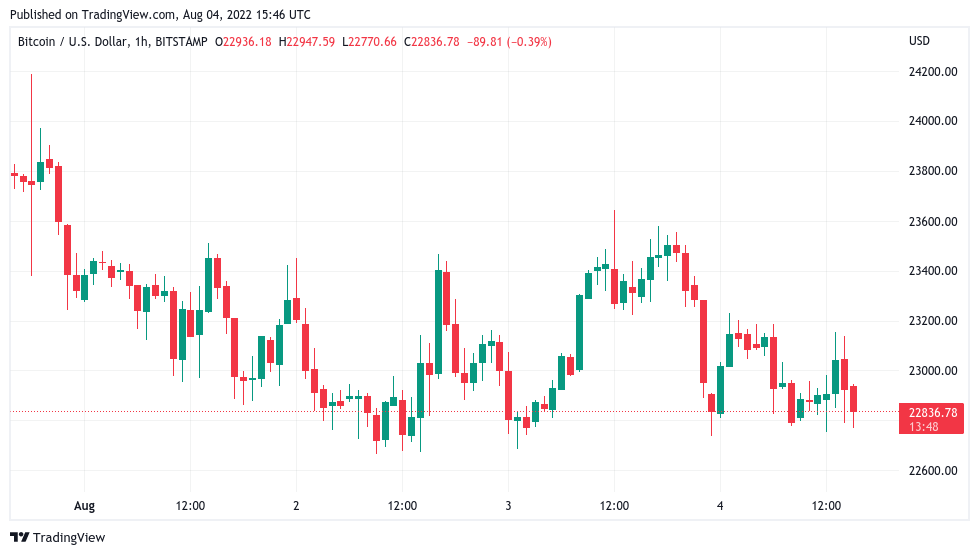 The day’s Wall Street open provided only a brief change in the mood, with the pair spiking above $23,000 before continuing previous behavior.

The atmosphere was unchanged by news that investment giant BlackRock had partnered with major exchange Coinbase to provide crypto trading to clients.

Instead, the familiar status quo involving the 200-week MA just above $22,800 entered another chapter, with bulls and bears still tussling for control. On-chain analytics resource Material Indicators noted that one class of whales active on largest global exchange Binance were in a more risk-off mood on the day.

“The purple class of whales have historically had the most influence over Bitcoin price action,” it wrote on Twitter alongside a chart of data from the Binance order book.

“Interesting to see them dumping into other classes pumping.” 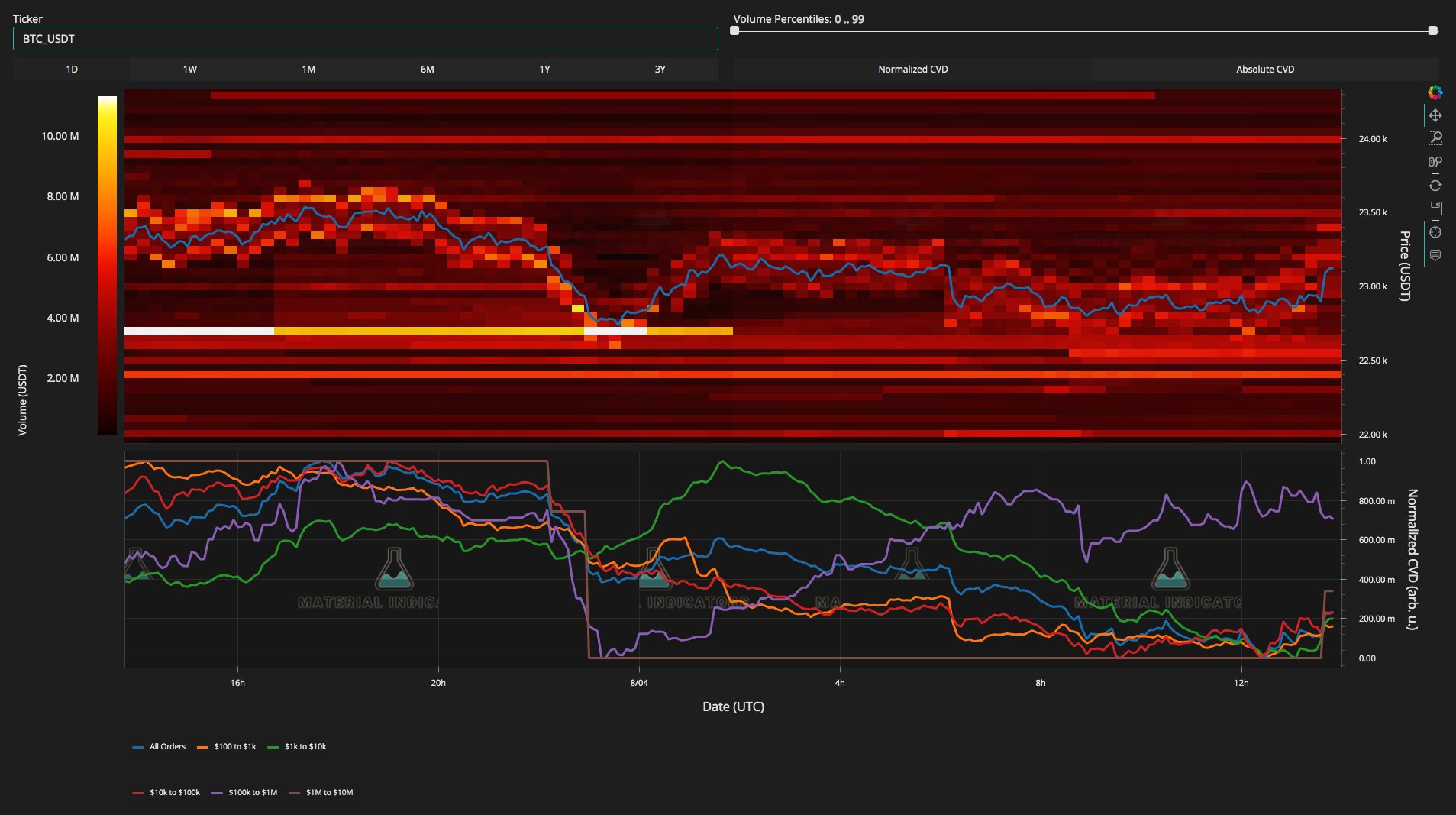 Support was thin near spot price, the chart showed, with more substantial bid interest only at around $22,400 in the event of a breakdown. Resistance, meanwhile, was building at $23,400.

“Lots of chop here on lower time frames but with this local sweep of the highs we finally look ready to get that flush down into downside targets,” popular trader Credible Crypto meanwhile added in his latest forecast Aug. 3.

“Looking for a higher low and a reversal to continue upwards to 25k+ $BTC.”

On the topic of buyer interest, on-chain data additionally showed a marked increase in the portion of the overall BTC turning illiquid.

Related: ‘Insane evidence’ Bitcoin has capitulated in past 2 months — analysis

ISSR increases when BTC is primarily being taken out of circulation, which in turn increases the likelihood of a price surge based on demand outweighing supply.

“The HODLers have gone on a buying spree unlike anything seen since 2018,” Game of Trades commented on the day, uploading SSR data hosted by on-chain analytics firm Glassnode. 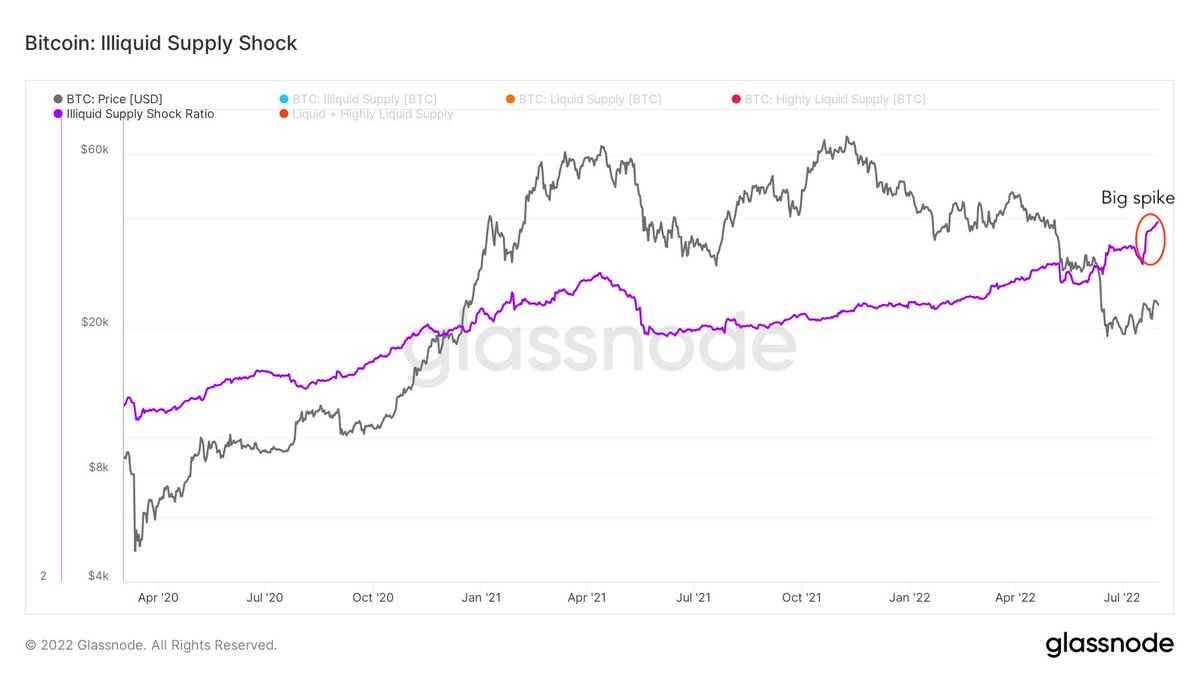 Glassnode itself meanwhile noted that hodlers en masse were still selling more BTC at a loss than a profit, but that demand was likewise apt to be increasing currently.

“This is typical of bear markets, and a reversal is often associated with a pick up in demand,” it commented on a chart showing realized profits and losses per day. 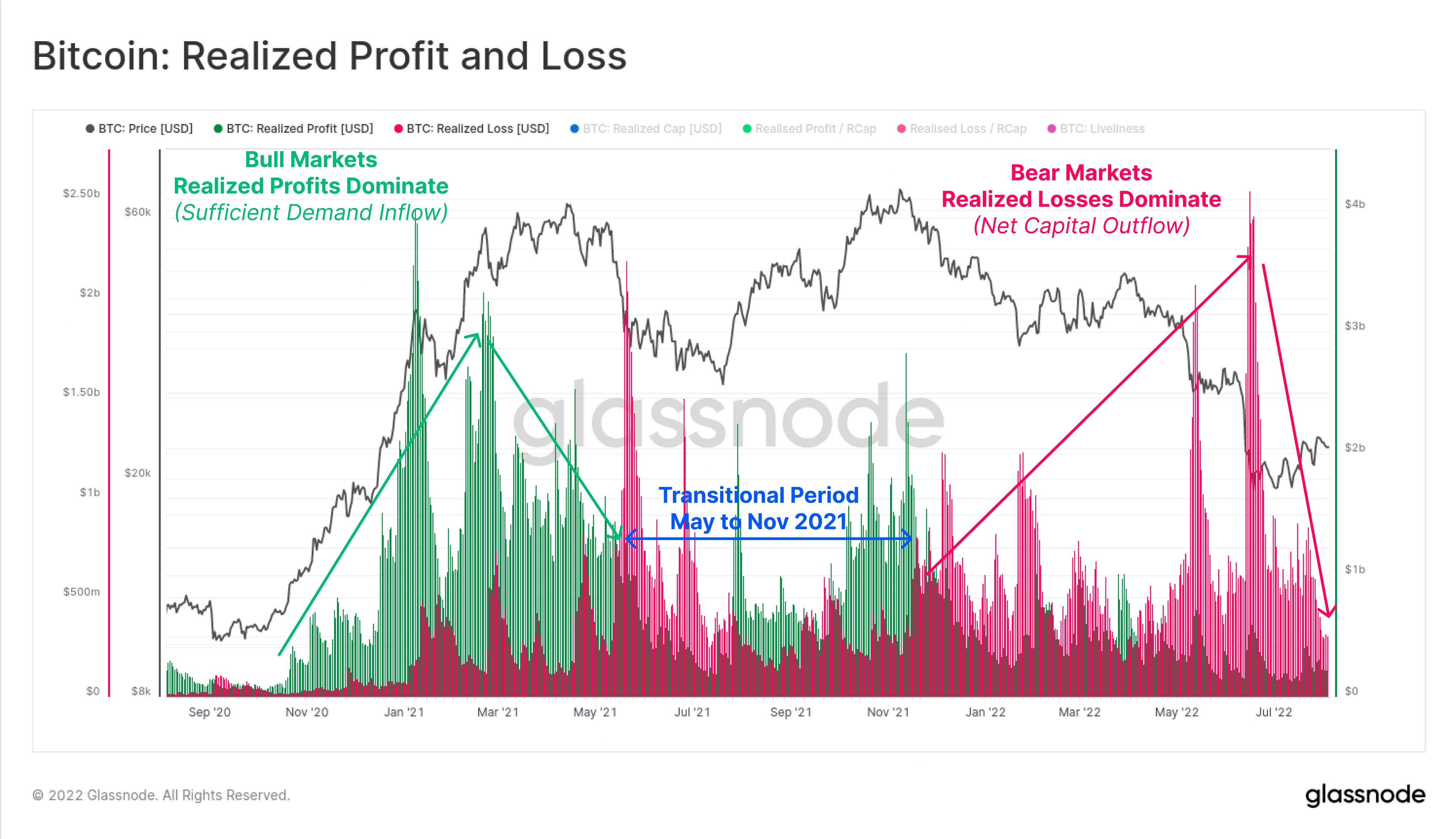