Bitcoin (BTC) is facing fresh competition from altcoins this month as data shows that — technically — it is already «alt season.»

Figures from CoinMarketCap and TradingView show that BTC currently makes up around 41% of the overall crypto market capitalization — its lowest since the start of 2022.

After suffering at the hands of the Terra LUNA — now renamed Terra Classic (LUNC) — collapse, altcoin markets have rallied considerably in recent months.

Alongside Bitcoin’s return from 18-month lows of $17,600 in June, altcoins have enjoyed their own renaissance, one tha is now giving Bitcoin bulls a run for their money.

According to CoinMarketCap, Bitcoin’s market cap share is now at its lowest since mid-January, with largest altcoin Ether (ETH) in particular stealing the limelight in recent weeks. 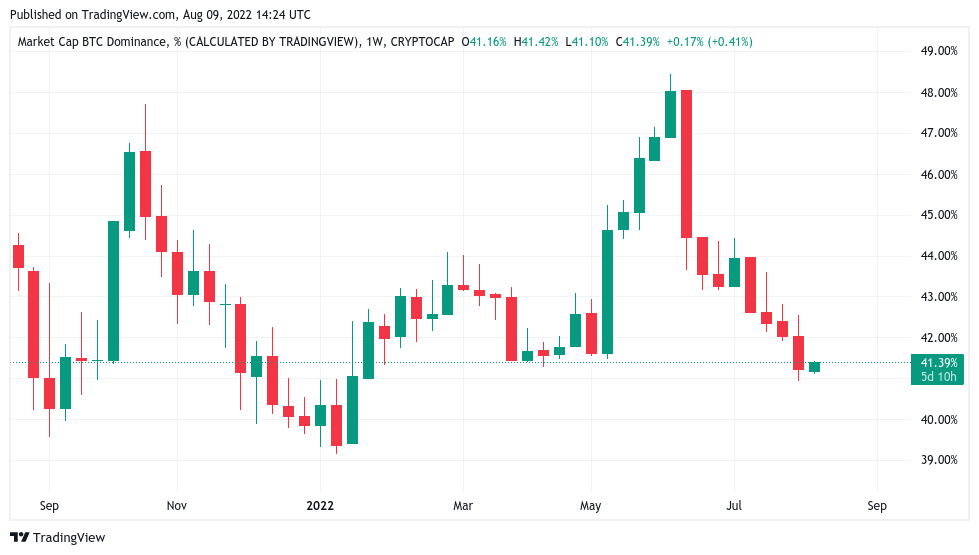 The case for altcoin bets is further bolstered by a dedicated metric tasked with calling «alt season» — a period where altcoins outshine Bitcoin as investments.

With a normalized score of 94/100, the Altcoin Season Index is currently flashing its most convincing alt season reading since June 2021.

The closer to zero the score is, the more the metric favors Bitcoin over altcoins. Alt season is called once «75% of the Top 50 coins performed better than Bitcoin over the last season,» its description explains, adding that a «season» equates to the past 90 days.

Related: What the fork? Ethereum’s potential forked ETHW token is trading under $100

Let’s find out WHY this is important and WHAT it could mean for the market #Bitcoin #Ethereum #Crypto #Bitfinex #Futures pic.twitter.com/oiAotLM1Ll

On-chain monitors meanwhile noted that a major player on exchange Bitfinex had drastically reduced their long ETH exposure, indicative of a belief that downside was all but guaranteed next.

At the time of writing, longs were at the same lows as immediately before May’s Terra incident. 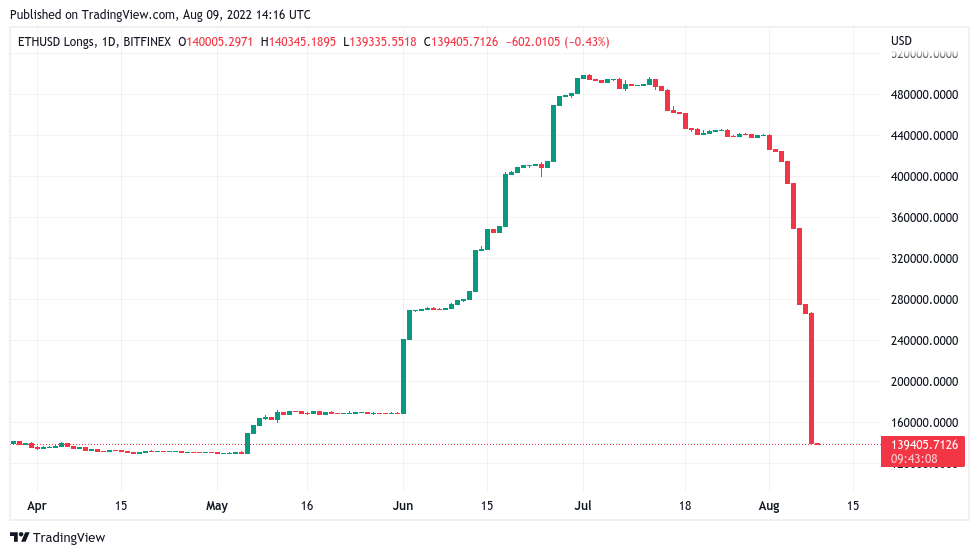 «People already flashing targets of $300 or $600 for Ethereum on the first slight correction,» he tweeted.

«There’s literally no need for that, despite the fact that people are heavily stuck in their bias. Due to that bias, they won’t be able to watch markets objectively.» 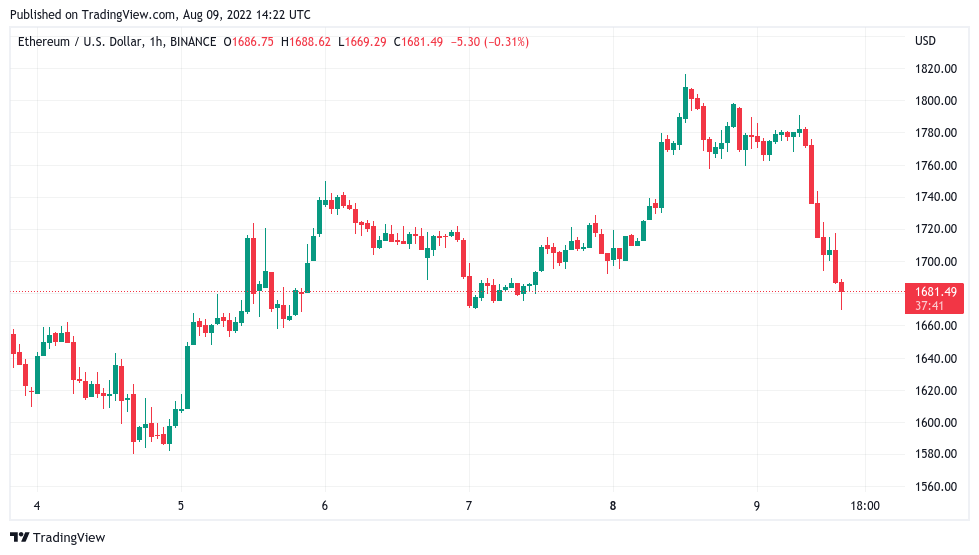