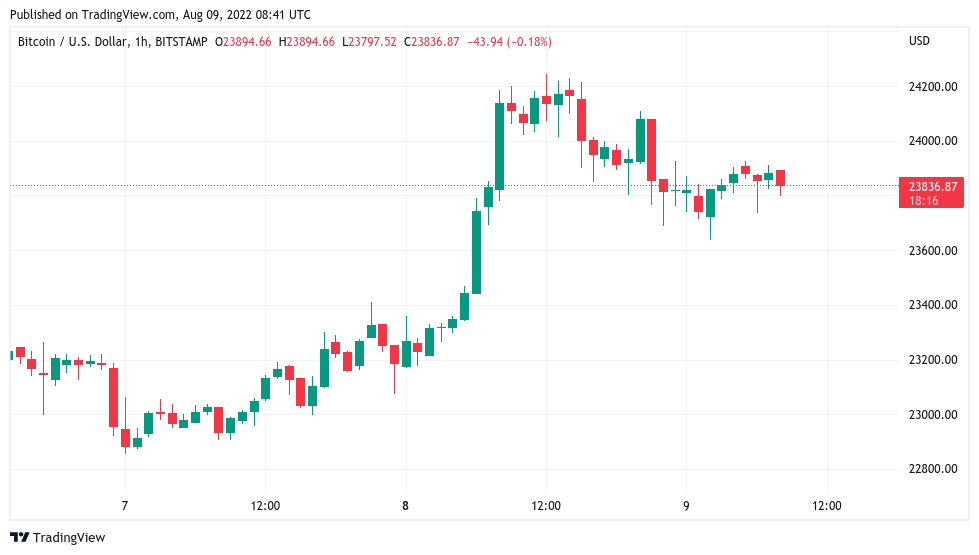 Data from Cointelegraph Markets Pro and TradingView showed BTC/USD falling under the $24,000 mark overnight after rejecting near $24,200.

The pair had seen swift gains to start the week but momentum faded as the top of the trading range in place since mid-June came closer.

As such, bulls failed to reclaim new ground or even match the highs seen at the end of July, and the status quo thus continued. At the time of writing, BTC/USD was consolidating near $23,800.

For on-chain analytics resource Whalemap, it was realized price that was now forming major levels to overcome.

In a Twitter update on Aug. 8, Whalemap, which monitors buys and sells of large-volume players to establish likely solid support and resistance zones, highlighted various prices at which the BTC supply on aggregate last moved.

An accompanying chart broke down realized price by wallet size and showed at what price BTC belonging to particular whales last left its wallet.

«Confidently getting above $24,825 and consolidating should be key for a continuation higher.» 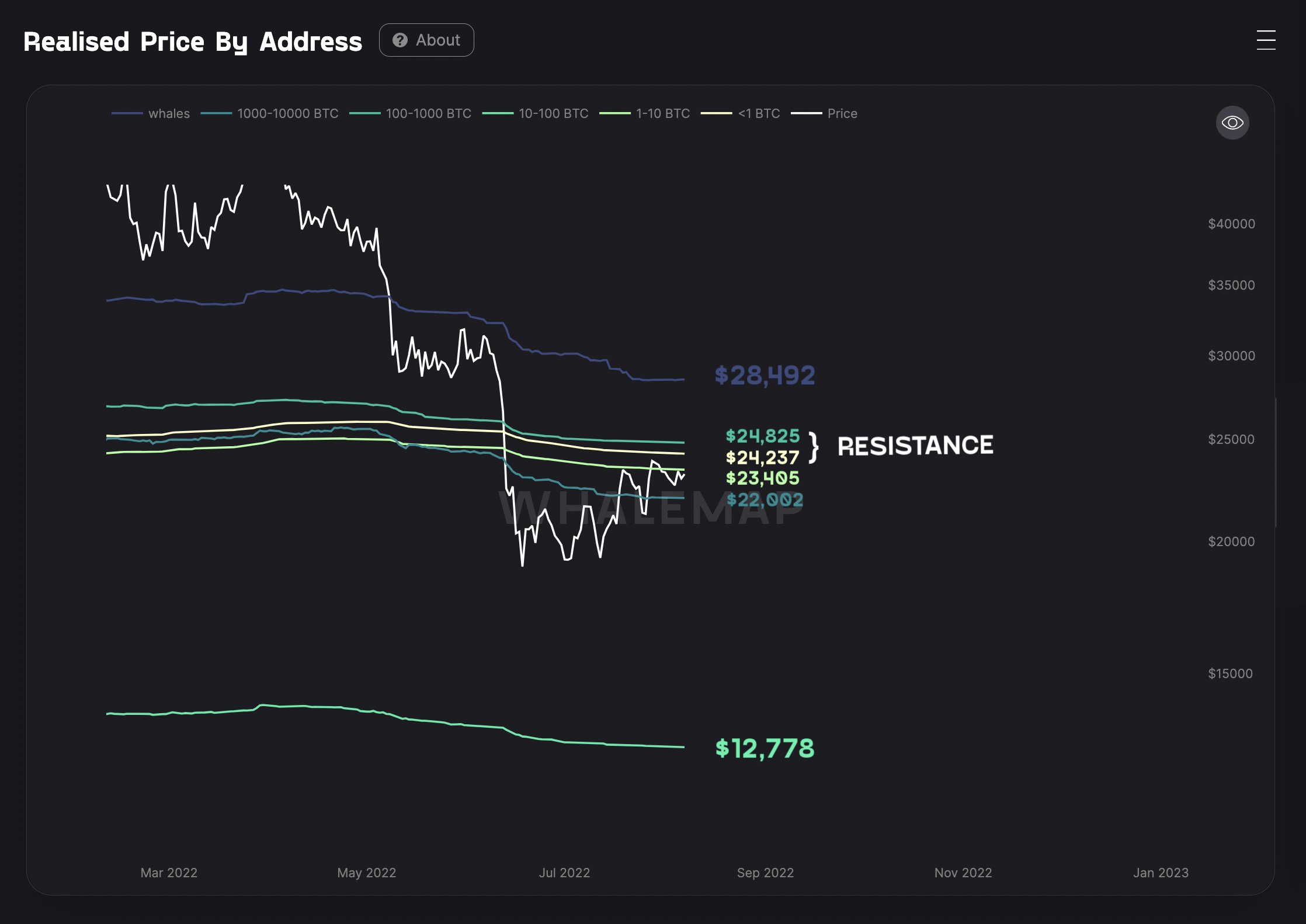 As Cointelegraph reported, other support and resistance levels in play this week include the 100-day and 200-week moving averages (MAs).

For popular trader Credible Crypto, a deeper retracement could happen, and may involve as low as $23,360 without disrupting even the low-timeframe trend.

Front ran local demand and followed the green path with a break of our red region. That being said, not totally convinced that this ltf corrective structure is complete. Want to see more PA develop. Also will be traveling so won’t be as active for the next few days! $BTC https://t.co/F41n8JAWqO pic.twitter.com/rhZRPpMRsR

«Looking for that flip into support for one more macro push up to send it,» fellow trader Crypto Tony added in part of a more optimistic take on the range high.

Related: Has US inflation peaked? 5 things to know in Bitcoin this week

U.S. stocks had shown little sign of concern on the first trading day of the week, however, with the S&P 500 ending flat and Nasdaq Composite Index seeing slight gains of 0.4%.

I have pointed out in the past that China CSI 300 is possibly frontrunning #crypto and the American stock markets. Be aware that the current crypto rally could retrace a lot since the S&P 500 is now close to resistance ☝️ pic.twitter.com/uv5tUESPNK

In fresh analysis on global macro, popular Twitter account BTCfuel nonetheless voiced caution. Losses in China, it warned, could yet precede a U.S. copycat move in what would place fresh pressure on highly-correlated crypto markets.