When assisted senior living home The Preston of the Park Cities approached Owen Robertson to hold a course on crypto, NFTs, and the Metaverse for their residents, the 21-year-old didn’t expect how quickly they’d pick up on the complex topics.

Speaking to Cointelegraph, the Quai Network marketing associate, board member of the Mccombs blockchain initiative, and guest lecturer at the University of Texas said he was more than eager to assist when he was first approached to put a class together.

«A senior living community has almost no exposure to the crypto ecosystem unless their grandchildren tell them about it.»

The 21-year-old found that throughout the lecture, residents were mostly quiet as they learned about an industry that even the experts have trouble keeping up with, but in the end, he was left impressed with how fast some attendees picked up the complex topics.

«I got some thought-provoking questions at the end from the residents wanting to learn more about the technology, which was awesome to see.»

The Preston of the Park Cities offers a wide variety of activities through their Watermark University program, from knitting, music therapy; traditional exercise, and fitness to gardening, yoga, Tai Chi, and meditation.

However, the idea for a lecture on crypto, NFTs, and the metaverse is a relatively new addition to their lineup.

Debra Dickerson, Director of Community Life at The Preston at Park Cities told Cointelegraph that one of the main goals was to help residents improve their overall digital security.

“In the current news cycle, we are often seeing stories about these subjects but even I have a hard time truly understanding what each of these entities is.”

“We wanted to bring in an expert to provide a basic understanding of these concepts while also making them aware of the dangers technology can bring, how to identify internet scams looking to take advantage of seniors, and how to improve overall digital security.”

Robertson said he wanted to run the course as he knew that senior citizens are often “extremely vulnerable to scams.”

“So I wanted to ensure that, before talking about the positives in the later sessions, I covered all of the negatives such as the numerous hacks and exploits that have happened over the years,» explained Robertson.

«After hearing the lecture and my recommendations, the residents concluded the risk outweighs the potential benefits, which was the point of the class,» he added.

Despite Robertson’s good intentions, the reaction on Twitter was somewhat polarized, with some airing concerns that he may have been swindling the senior citizens, while others, who were there, were won over.

I was skeptical of the class but was impressed with the advice he gave. No scammer vibes. To sum up, he said he wouldn’t recommend they invest in crypto bc it needs 5-10 years for “the dust to settle.” But if they really want to, he’d only recommend Bitcoin, nothing else.

Regardless of what the crypto community has said about the course, the residents appear keen to learn more, says Robertson.

«The residents seem very interested and are looking forward to participating in the next two classes taking place this summer,” said Robertson, adding he’s already been asked to teach two more classes, diving into more specific topics like the history of Bitcoin, NFT’s and the Metaverse.

«My hope is that over time, education about the original values that Bitcoin and Quai were founded with will help deepen the public’s understanding about the technology and make it more approachable.»

As a bonus, attendees will even get to walk away with their own NFT of the selfie taken in the first lesson. 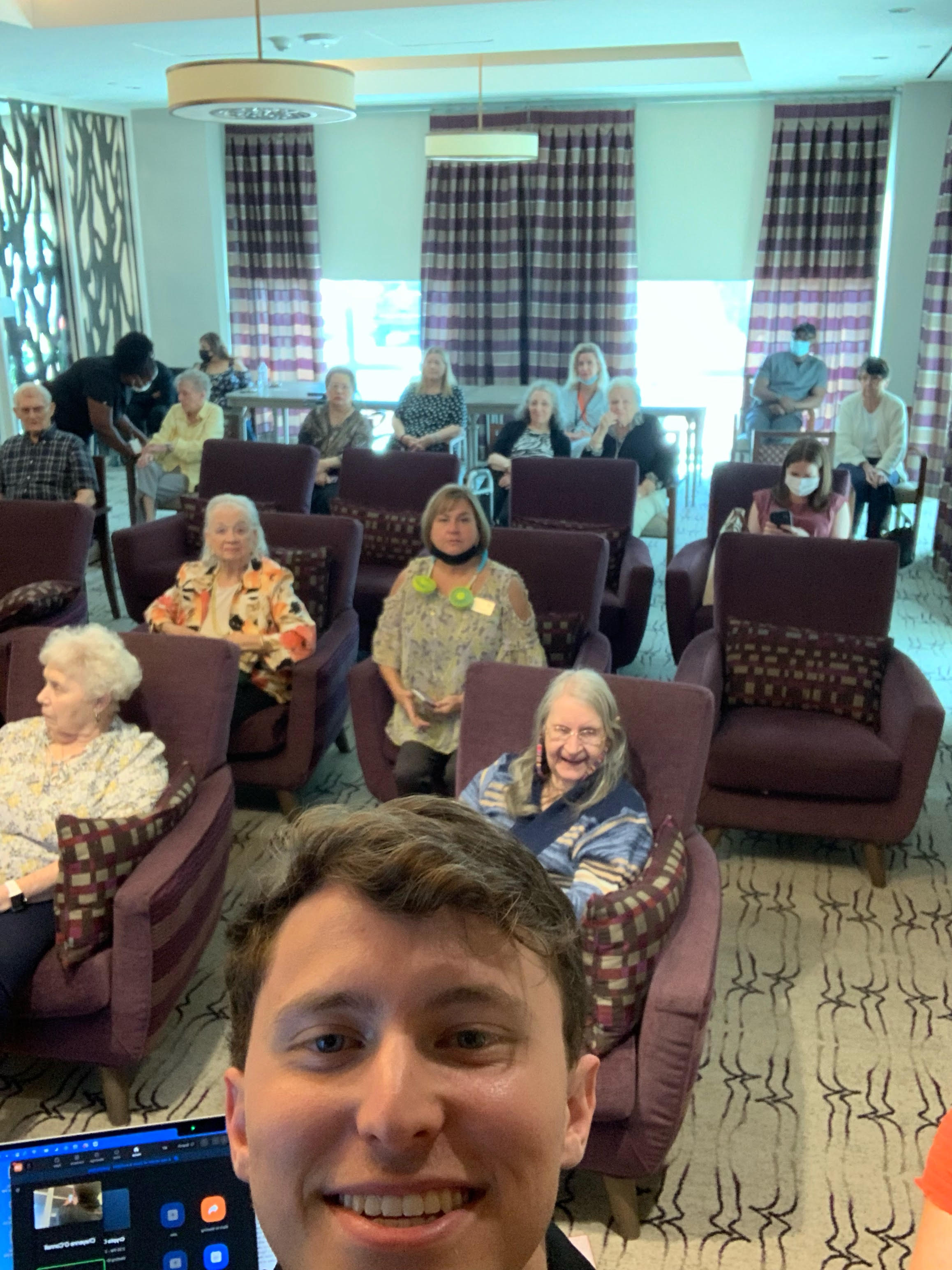 Pictured: Owen Robertson’s ‘selfie’ that will soon become an NFT