Various stablecoin providers collectively held $80 billion worth of short-term U.S. government debt as of May 2022, according to a study by the investment bank JPMorgan, The Financial Times reported on Aug. 20.

Tether, Circle and other stablecoin firms accounted for 2% of the total market for the U.S. Treasury bills, holding a bigger share of T-bills than totally owned by Warren Buffett’s investment giant Berkshire Hathaway.

Stablecoin issuers have also outperformed offshore money market funds (MMF) and prime market MMFs in terms of their Treasury-bill investment proportion, according to the data. 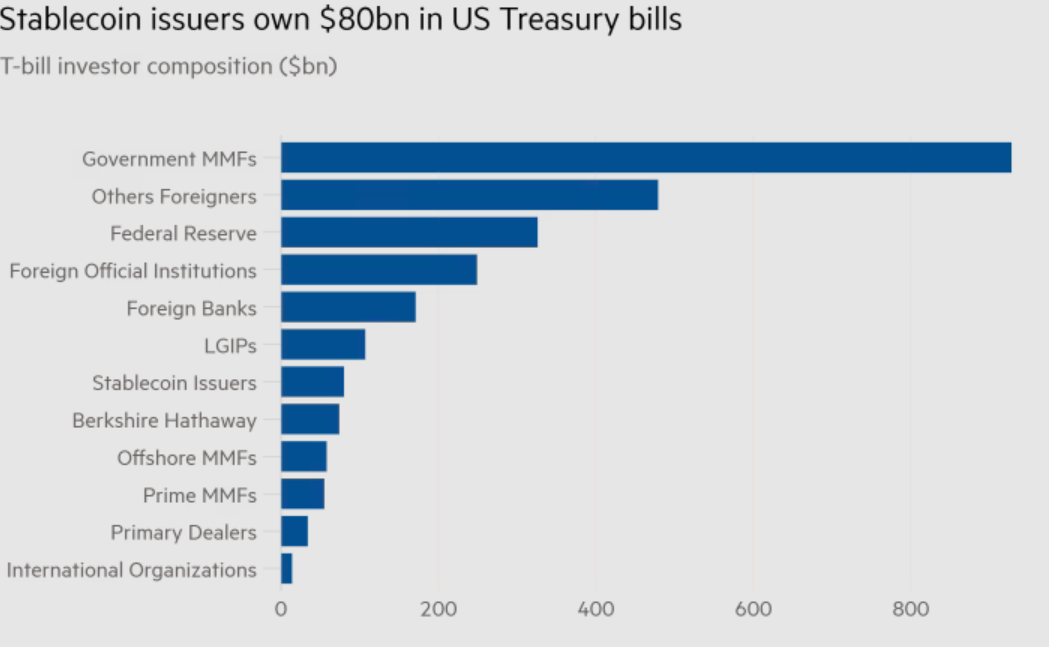 Considered to be low-risk assets, Treasury bills are debt instruments that are commonly used by companies as a cash equivalent on corporate balance sheets. Tether and Circle — issuers of the world’s biggest asset-backed stablecoins, Tether and USD Coin (USDC), — have pledged to buy U.S. Treasury bills while cutting reliance on commercial paper earlier this year.

The move came amid uncertainty surrounding algorithmic stablecoins sparked by TerraUSD (formerly UST) losing its U.S. dollar peg in May 2022.

In contrast to algorithmic stablecoins, which rely on algorithms and smart contracts to support their U.S. dollar backing, asset-backed stablecoins like USDT and USDC are designed to guarantee the 1:1 peg by holding cash and common cash equivalents. At the time of writing, USDT’s market capitalization amounts to $67.6 billion, while USDC’s market value is $52.4 billion, according to data from CoinGecko.

As previously reported, USDC has seen notable growth in market cap, while Tether’s market dominance has been dropping since May. “We believe one of the primary drivers behind the dramatic shift has been the superior transparency and asset quality of USD Coin’s reserve assets,” JPMorgan reportedly said.