NFTs are a ‘natural place’ for digital artists — Gal Yosef

The hype surrounding nonfungible tokens, or NFTs, may have died down in recent months due to the crypto bear market, but that hasn’t stopped digital artists from experimenting in the new and exciting space. Gal Yosef, a globally renowned self-taught artist in the field of 3D art and animation, has proven his versatility by launching two successful NFT collections. In an exclusive interview with Cointelegraph, Yosef explained why NFTs are a “natural” transition for digital artists and why the industry is poised to grow despite current headwinds.

Yosef, who successfully launched his Meta Eagle Club NFT collection in January, explained to Cointelegraph why nonfungible artwork is so appealing:

“I think that the NFT has given massive exposure to all the digital artists mostly because it’s a very natural place for us.” 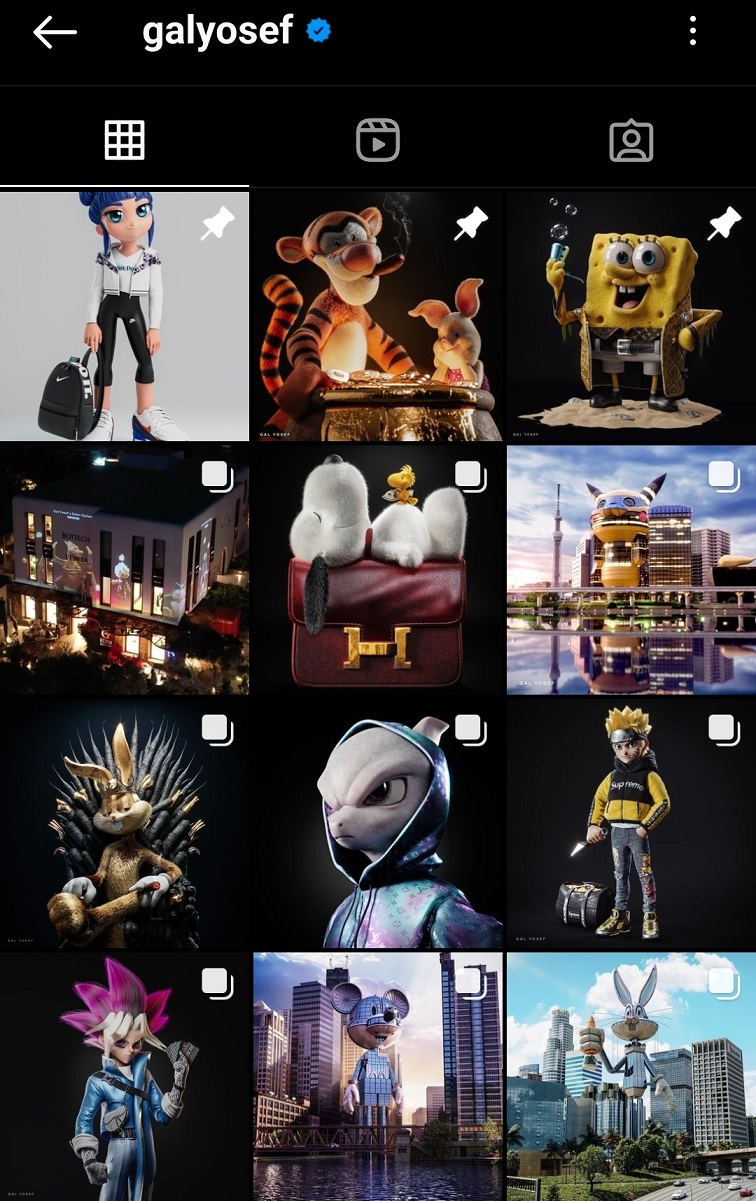 Approaching NFT art versus other forms of digital art

NFTs are a natural transition for digital artists because the vertical is “not a category by itself.” Rather, as Yosef explained, NFTs are “exactly the same art for me, exactly like I’m doing all the time and exactly like I always did just listed in other [platforms].» He said the art world is changing along with NFTs and “giving us a new platform to express ourselves.”

Yosef’s foray into the NFT market began in 2021 when he launched the Crypto Bulls Society collection. The collection reportedly generated over $50 million through primary sales and auctions. A one-of-a-kind NFT created in collaboration with American record producer Steve Aoki netted Yosef $214,000 at Sotheby’s auction.

Gal Yosef (our artist) has recently sold his own NFT in collaboration with Steve Aoki for $214.000.

This is the first time that we have made Gal’s art available for a broader audience. Make sure to get your hands on one of the sickest NFTs of this time! pic.twitter.com/hzjND3ynIG

When asked whether there were any learning curves about launching an NFT collection, Yosef said the only unknown was the market dynamics of the new industry. “I wasn’t sure what really [controlled] the outcome, then I realized it’s all based on the community; the art can be as beautiful as possible, but without good community, the artwork will not [succeed].”

In describing his first few encounters with the NFT world, Yosef said the broader blockchain industry, and specifically metaverse technology, could be “the next big thing.”

“[I am] looking to put my signature on it and make some big things,” he said without elaborating further.

Related: NFT market worth $231B by 2030? Report projects big growth for sector

While the existing metaverse industry has been described as “basic and weird” due to nascent technology and adoption, it’s expected to have a profound impact on gaming, social interaction and art. Some technologists and venture capitalists believe that the marriage between metaverses and NFTs is inevitable — and that metaverse NFTs will power the next growth cycle in digital collectibles.

NFT sales volumes peaked in 2021 during the height of crypto mania, with the likes of Bored Ape Yacht Club and CryptoPunks generating billions of dollars in lifetime revenue. Although the market is in a cooling phase, rumors of its death have been overstated, according to industry data aggregator DappRadar. NFT sales volumes were a healthy $3.7 billion in May. While activity has continued to fall during the summer, the arrival of major brands such as Tiffany & Co reveals that many companies are strategically pivoting into the NFT market.

Coinbase introduces wrapped staked ETH asset ahead of the Merge