Crypto developers should work with the SEC to find common ground

Regulators are tasked with balancing between protecting consumers and creating environments where entrepreneurs and the private sector can thrive. When markets face distortions, perhaps due to an externality or information asymmetry, regulation can play an important role.

But regulation can also stifle entrepreneurship and business formation, leaving society and its people worse off. The United States Securities and Exchange Commission has been particularly hostile against cryptocurrency companies and entrepreneurs. For example, SEC Chairman Gary Gensler has remarked that he views Bitcoin (BTC) as a commodity but that many other “crypto financial assets have the key attributes of a security.”

He reiterated the line in an explosive Aug. 19 op-ed penned for The Wall Street Journal, arguing that “you could replace ‘crypto’ with any other asset” when talking about the regulation of securities.

But rather than “regulating by op-ed,” as some crypto enthusiasts have framed it, a better strategy would be for developers, investors and regulatory agencies — like the SEC — to work together at least around common standards that can raise the quality of projects overall and establish best practices that the entire community of Web3 participants will benefit from.

“Regulators are effective when they’re also in the trenches with the innovators and industry builders,” Mirai Labs co-founder Corey Wilton told Cointelegraph.

That means there needs to be an open and free dialogue between regulators and developers. “Developers need to become familiar with Know Your Customer (KYC) best practices, vendors that are available, and how those KYC services are integrated, and how they need to manage user roles [and] capabilities,” said Simon Grunfeld, vice president of Web3 at Cogni.

Almost every article on crypto regulation points out the classic Howey Test based on a 1946 Supreme Court case that established precedent around the definition of a security. But Gensler has honed in on arguably the most important one of the criteria, namely that “the investing public is hoping for a return.”

To be sure, many nonfungible token (NFT) projects launch, and their founders promise investors large returns that turn out to b patently false or at least exaggerated. However, the problem with these projects is not that NFTs need to be classified as a security, but rather that these founders are engaging in dishonest marketing and making claims that they simply cannot deliver on.

According to the Howey Test, an “investment contract” exists if there is: (1) an investment of money, (2) in a common enterprise, (3) with the expectation of profit, and (4) to be derived from the efforts of others. But what if we applied the Howey Test to a house? A household could be considered a common enterprise, especially if there is a family business, and every homeowner invests with the expectation of house price appreciation.

One counter is that a household is too small to constitute a common enterprise. But where is the bright line? What if the family is big? Or what if the immediate family lacks the resources and relatives contribute to help finance the house? Or what if a handful of people decide to rent a bigger house in anticipation of spending some time in it but also intend to rent it out on Airbnb as they travel and spend time in other locations? The problem with the Howey Test is that it was designed for a much more specific and narrow situation — one that involved leasing to farmers.

Sadly, the absence of a clear bright line between securities and commodities in the digital asset space has created substantial regulatory risk for Web3 entrepreneurs and companies, causing many to locate their activities offshore. Given the inherent anonymity involved in the Web3 community, particularly related to company formation, quantitative estimates are unavailable, but anyone who spends any amount of time talking to people in Web3 quickly sees that they are outside the United States.

However, even then, both users (especially in GameFi) and owners must be cautious. “I see no path for U.S. regulators to come after a (U.S.-domiciled) individual for gaming on an illegal site unless that individual is using that site for money laundering or other illicit activities involving other U.S.-domiciled individuals,” Grunfeld said.

“Otherwise, the individual assumes the risk of depositing funds,” he added. “In many cases, these platforms may trick people that they are subject to U.S. regulation. Then, the regulatory risk is all on the platform — it’s the platform’s responsibility to comply with local and international laws, and if they are opening accounts for U.S.-based people, then they run the risk of being touched by the long arm of the U.S. Treasury.”

Standards have an important role to play in markets. They establish a predictable threshold for minimum quality. The best types of standards are those that emerge organically as a result of demand and coordination in a community whereby members recognize everyone is better off by adhering to a set of best practices. A common set of open-source and organic standards is perhaps best demonstrated by the W3C standards, which cover the spectrum of application development.

In particular, the W3C standards for verifiable credentials and decentralized IDs have proven to be principal sources for coordination and adoption in global education. Organizations, ranging from governments to large publicly traded companies, need interoperable technologies that do not lock them into specific vendors or systems that could create unnecessary risk— (e.g., if one system goes down or a business fails. These types of standards become a requirement for true global adoption; without them, pioneering technologies will remain bespoke and never reach scale. 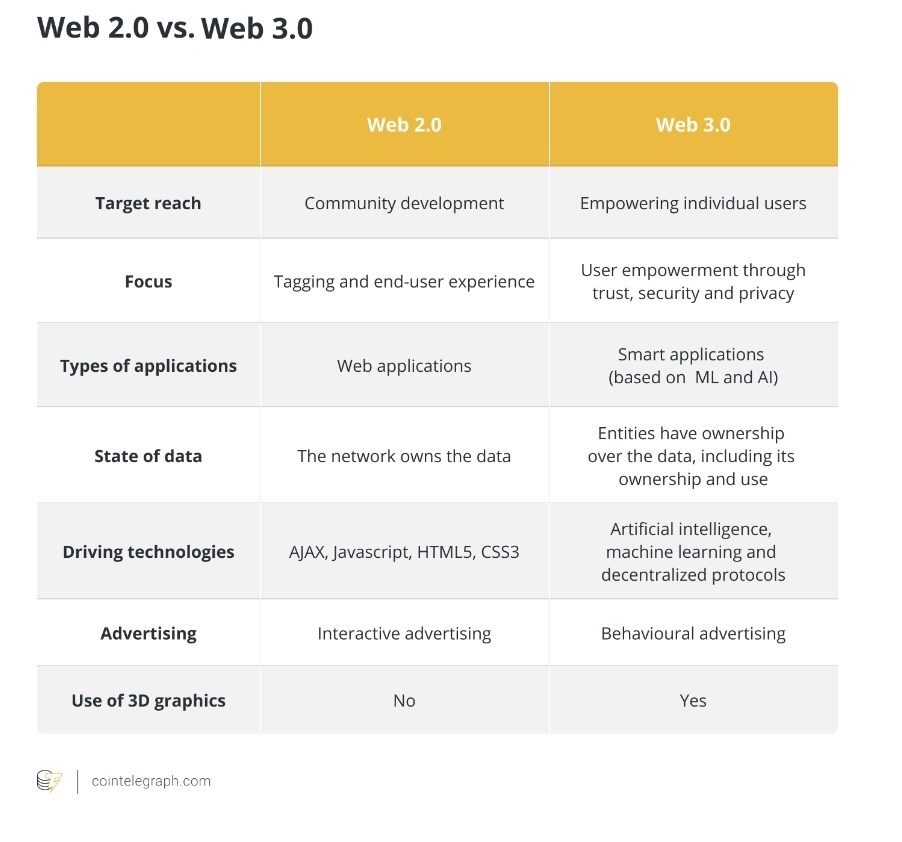 We are seeing how open-source standards within the use case of education provide an opportunity for anyone, regardless of where they are in the world, to scrutinize a technology and ensure that it has passed through rigorous trials for privacy, security and interoperability, providing clarity and comfort for large-scale institutional partners who can bring new technologies to the masses.

“Bringing Web3 education to the masses would be impossible without a firm standards-based backbone… all of the innovation happening in our industry would eventually become a fragmented mess of systems that do not communicate or exchange, no different than the centralized systems of the past,” said Chris Purifoy, chairman of The Learning Economy Foundation.

The question for us in the cryptocurrency space is whether we can develop a similar set of standards as the W3C standards for verifiable credentials in the market for education. Such standards create not only interoperability but also norms and best practices that ensure minimum quality. That would take the burden off regulators to look so intently at NFT and other crypto projects since the quality of projects would be higher overall and the incidence of “rug pulls” would be much lower.

There is no simple solution here, but both sides need to understand each other’s positions better. That will only happen when they meet each other in the middle.

Christos A. Makridis is an entrepreneur, economist and professor. He serves as the chief operating officer and chief technology officer for Living Opera, a Web3 multimedia startup, and holds academic appointments at Columbia Business School and Stanford University. He holds doctorates in economics and management science from Stanford University.

The opinions expressed are the author’s alone and do not necessarily reflect the views of Cointelegraph. This article is for general information purposes and is not intended to be and should not be taken as legal or investment advice.