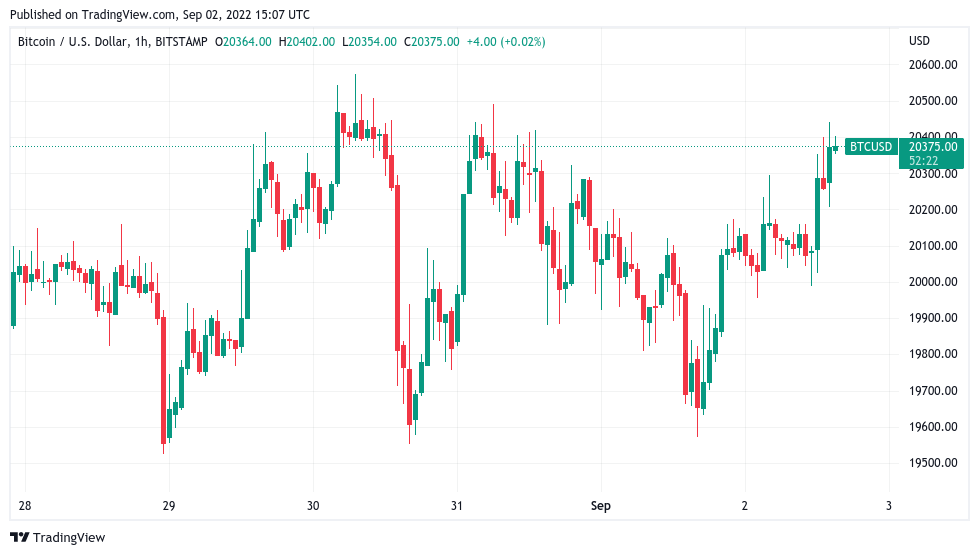 The pair had responded well to U.S. non-farm payroll data, which in August showed inflows dropping less than expected.

A further boost came from news that the G7 had agreed to implement a price cap on Russian oil, with the European Union also planning to target the country’s gas imports.

While the S&P500 and Nasdaq Composite Index both added 1.25% after the first hour’s trading, the U.S. dollar conversely fell in step, looking set to dive below 109 at the time of writing. 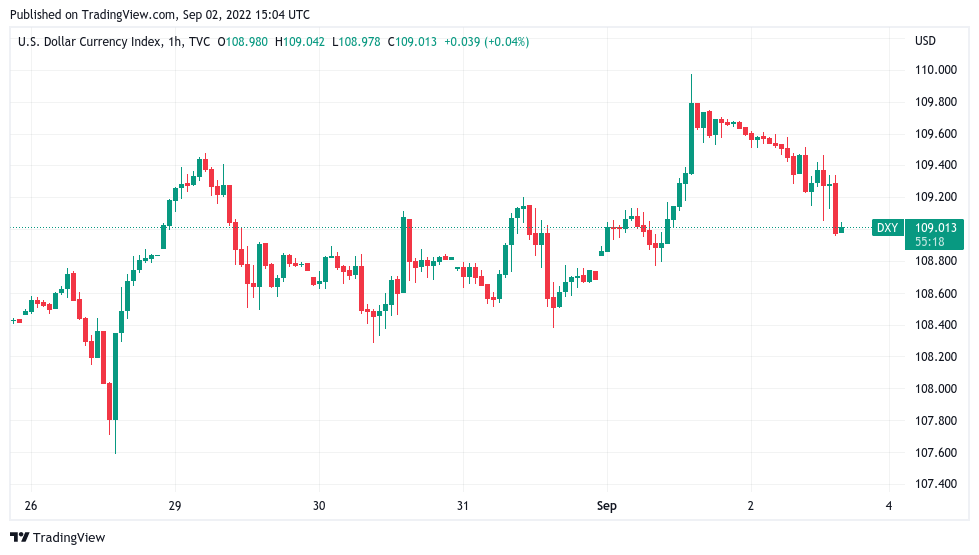 Bitcoin thus inched closer to an area around $20,700 already being eyed as a launchpad for a short squeeze — a liquidation of short positions providing a swift spike higher for spot price.

In a tweet on the day, popular trading account Daan Crypto Trades showed that a low-liquidity area remained overhead, likely not providing much resistance.

“White area is quite thin in terms of recent volume profile,” part of commentary on an accompanying chart read.

“Should move through that area with relative ease.”

$BTC White area is quite thin in terms of recent volume profile.

Should move through that area with relative ease.

Needs some spot bid to support price of course or we’ll get those wicks taking out stops and reversing pic.twitter.com/hRX2Z1Ww2h

Summarizing the short-term plan in his latest YouTube update, meanwhile, fellow trader Crypto Ed painted a target at near $20,700.

Looking at the longer-term perspective, two analysts meanwhile insisted there was reason to stay bullish on current price action.

Twitter trader Alan noted similarities to the 2015 bear market, and argued that if history were to repeat, BTC/USD should be about to bottom out.

Historically, one of the bear markets in $BTC was completed by two big bear flags.

Breakdown of the 2nd bear flag was the last step just before a massive bull run in 2015.

The result concluded that only at the pit of Bitcoin’s 2018 bear market was capitulation stronger than at present.

>1.0 for ONLY the second time in the last 10 years. #Bitcoin #Crypto pic.twitter.com/xn596ZZuqT

A series of further on-chain indicator posts from Plan C on the day furthered the concept that current market behavior was echoing macro bear market bottoms.

What would you ask Satoshi Nakamoto? Community answers

Powers On… Insider trading with crypto is targeted — Finally!