Bitcoin Price Analysis: After Spiking to 7-Week High, Can BTC Target $24K Next? 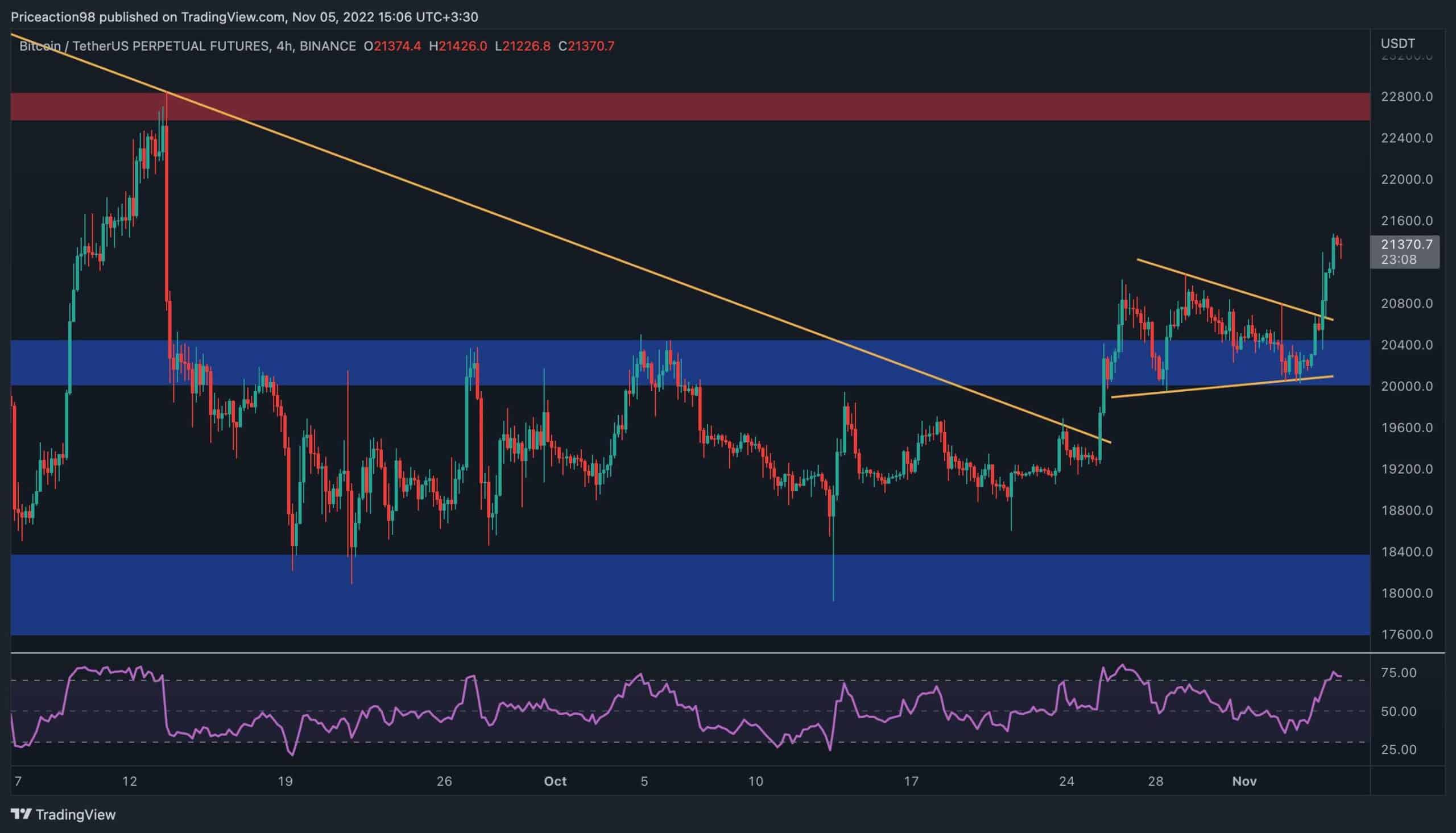 On the daily timeframe, the price just broke above the 100-day moving average resistance line after multiple rejections during the last couple of weeks. this is the first time it succeeds since September, and if the price holds another day above it – it will become the longest period since April.

In the event of a bullish daily close above said moving average, the breakout would then be considered valid. The next targets for Bitcoin are the $24K resistance level and the 200-day moving average located nearby.

From a traditional technical analysis perspective, a bullish breakout above the 200-day moving average would theoretically mark the beginning of the new bear market. 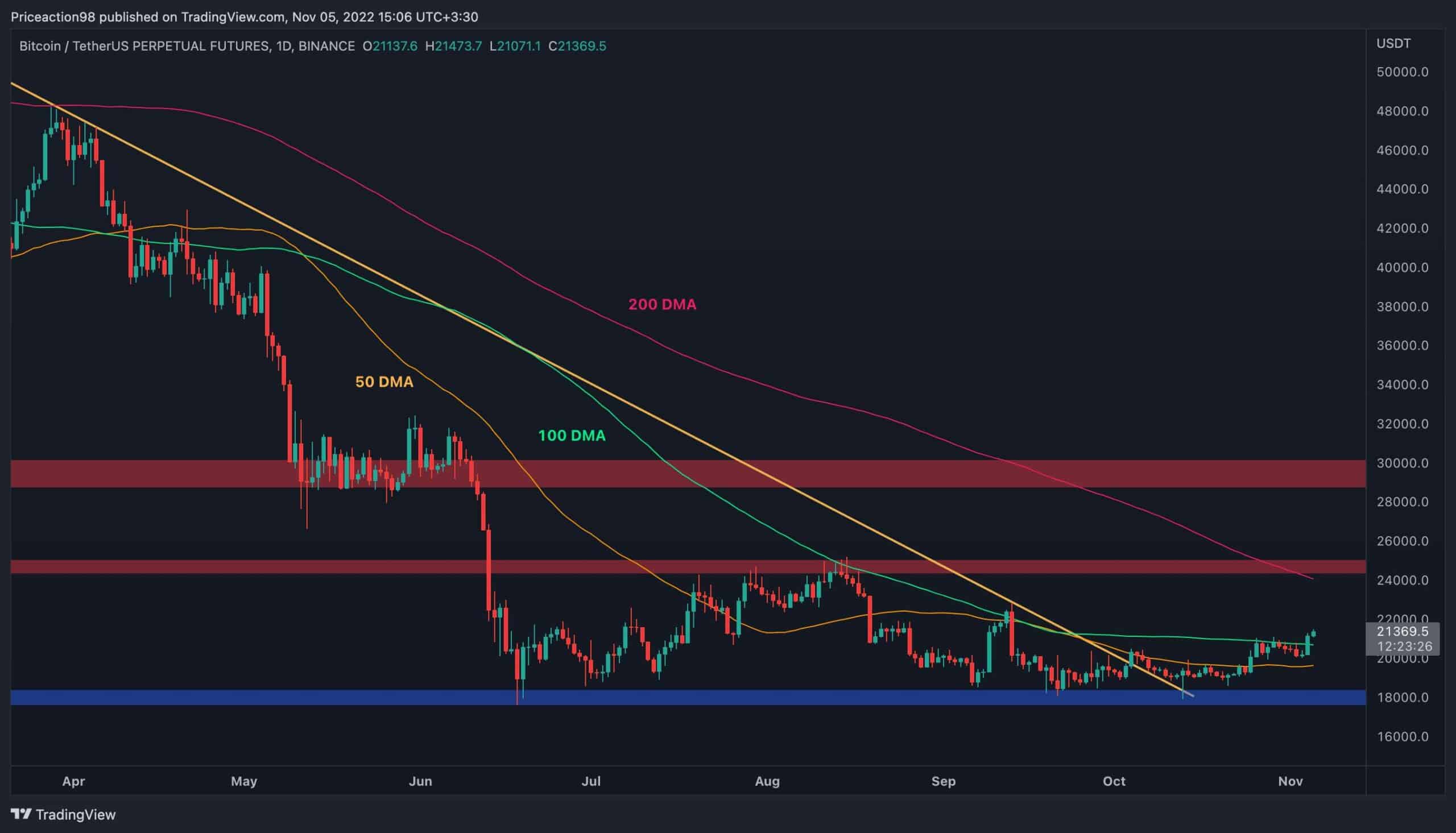 Looking at the 4-hour timeframe, the price has finally broken above the symmetrical triangle pattern to the upside, following significant momentum.

In this case, classical price action suggests that a bullish continuation toward the $22,500 level is the most probable outcome. However, consolidation and short-term correction are possible as the RSI indicator has entered the overbought area (above 70%).

If a pullback occurs, the higher boundary of the broken pattern and the $20K area could be retested, but if the price breaks down, a rapid drop back toward the $18K support level would become very likely.

Taker Buy Sell Ratio is one of the most valuable metrics, as it quantifies the traders’ sentiment by demonstrating whether the bulls or the bears are more aggressive. Values above one are considered bullish, while values below one are bearish.

The Taker Buy Sell Ratio metric has recently crossed below 1, indicating that the bears are aggressively opening short positions in the market.

If this metric continues to trend below one, another significant decline could be in the next short-term future, similar to April’s correction. 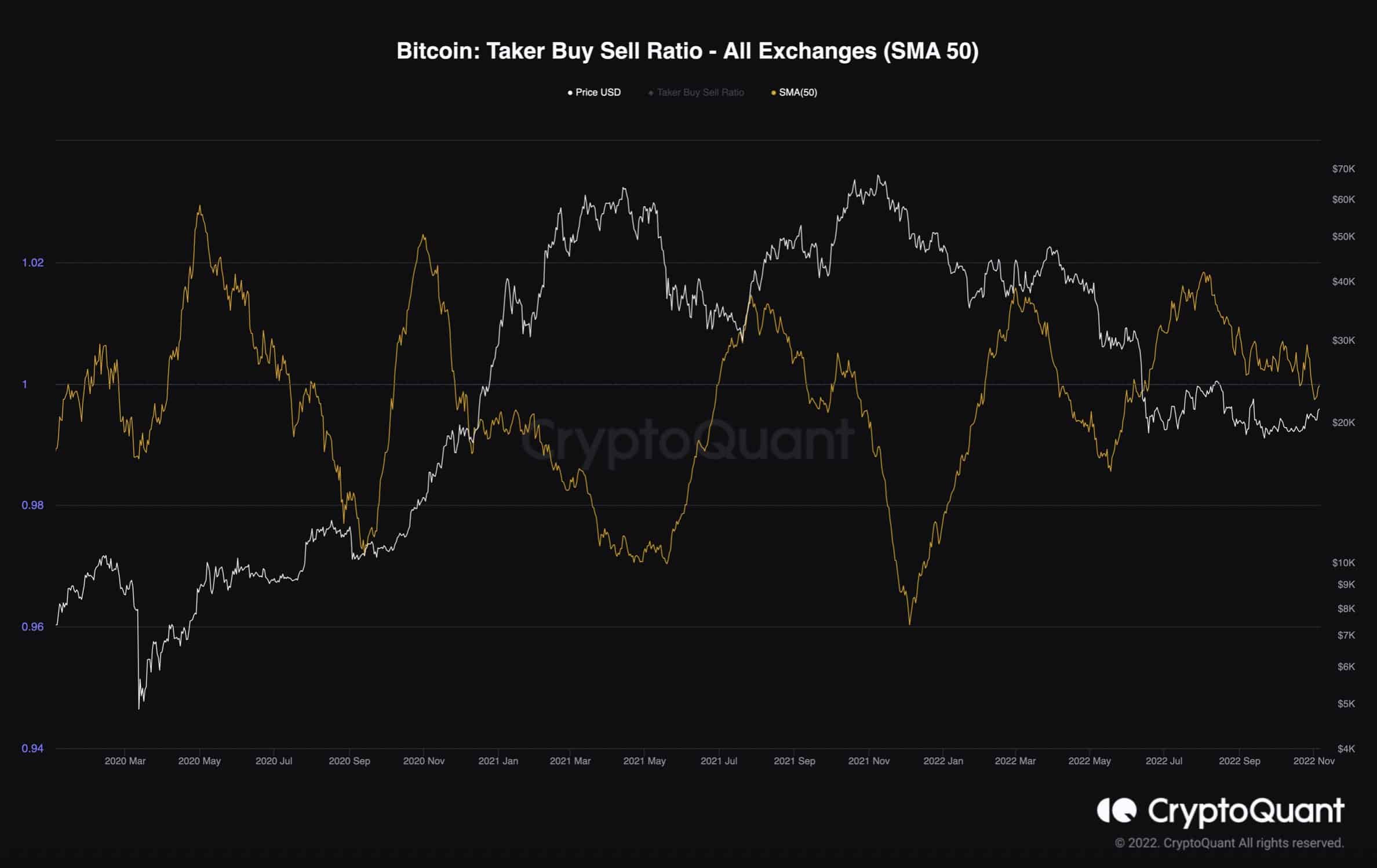 The post Bitcoin Price Analysis: After Spiking to 7-Week High, Can BTC Target $24K Next? appeared first on CryptoPotato.

Axie Infinity Can Recoup Its 6-Month Loss And Rise 25%, But It Must First Do This