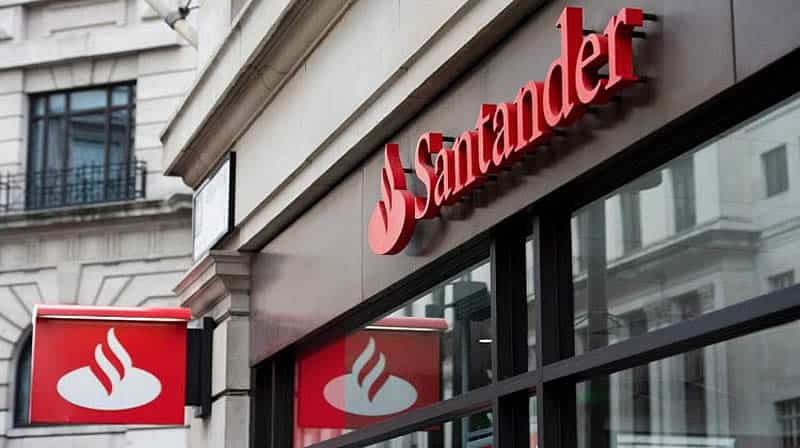 The latest bank to clamp down on crypto in the UK is Santander. Over the weekend, it was reported that the retail bank is planning to block real-time payments to crypto exchanges in 2023.

The bank is claiming to be protecting customers from scams. The crypto blockade will include in-branch, mobile, and internet banking for Santander customers.

Bank users will be able to receive funds from crypto exchanges, but they will not be able to deposit, according to Reuters.

According to a notice on its website, Santander has “seen a large increase in UK customers become victims of cryptocurrency fraud” over the past few months.

According to a bank spokesperson, “keeping our customers safe from cryptocurrency scams is a top priority.” So is controlling what they can do with their own money, it seems.

“We intend to further protect customers by blocking all faster payments we identify to cryptocurrency exchanges from Santander accounts – this will be implemented during the course of 2023.”

Faster Payments is a UK payment system that enables almost instant transfers. It also appears to be working on fraud protection mechanisms, according to the report.

It is not the only UK-based bank that has taken up a stance against crypto exchanges. Last year, TSB took action to prevent their customers from transferring to Kraken and Binance, and Natwest Bank said it wouldn’t service customers that wanted to deal with crypto exchanges.

The UK financial watchdog, the Financial Conduct Authority, has repeatedly warned against risks and scams in the crypto industry. The country has yet to roll out an official regulatory framework for digital assets, and the banks are still flexing their muscles.

Crypto Outlook in the UK

The UK has been primarily against the cryptocurrency industry for the past few days, but there’re signs suggesting the trend could change soon.

This is mainly fueled by the changes at the highest level and Rishi Sunak becoming the new PM. He has been in favor of the industry in the past and argued that the UK needs to establish proper legislation on cryptocurrency operations.

Ethereum Price Plunges to $1,550: Can Bulls Save the Day?