Elon Musk, the Tesla CEO and now Twitter big boss recently accused by U.S. President Joe Biden of spewing lies across the world through his acquisition of the social media platform, has taken his support for Republicans on a whole new level.

On the eve of the U.S. Midterm Elections, the tech billionaire told independent-minded voters to vote for a Republican Congress, adding to the woes of Democrats who are predicted to lose the upcoming poll activity.

“Hardcore Democrats or Republicans never vote for the other side, so independent voters are the ones who actually decide who’s in charge,” said Musk on his Twitter post that was visible to his more than 114 million followers.

Following the accusation made by no less than U.S. President, who is a Democrat, related to his $44 billion purchase of Twitter, it’s understandable that Elon Musk gives his support to the opposing party, or so would others assume.

But the self-proclaimed “Dogefather” and well known crypto personality Elon Musk said he has reasons for abandoning the support he used to have for the Democrats.

Musk has been very vocal in admitting that he has voted for “Dems” but because the party has now been filled with division and hate, he, in good conscience, can no longer support them.

Instead, he has made the decision to vote for the Grand Old Party (GOP), a nickname given to the Republican party in American politics.

This makes a lot of sense as the new Twitter owner has developed a close relationship with prospective House Speaker Kevin McCarthy. 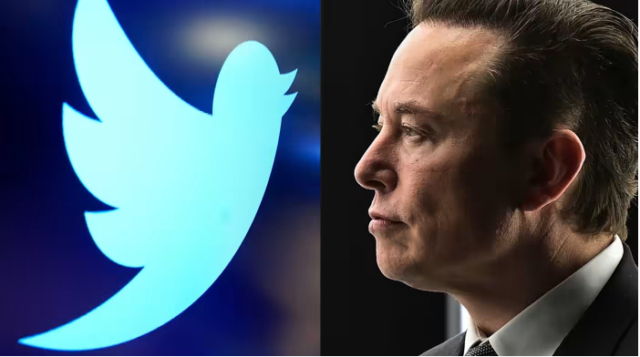 Continuing to stick his nose to U.S. politics, Elon Musk has also expressed his desire to support the 2024 GOP Presidential Nomination of Florida Governor Ron DeSantis while also taking a swipe at former President Donald Trump’s decision to run for office again.

Just like Biden, Trump retaliated by criticizing the billionaire’s decision to buy Twitter way back in July.

What Does This Development Mean For The Crypto Space?

As early as now, as Democrats are, as they say, “poised” to lose the Midterm polls, the crypto community wonders what a Republican Congress would mean for the burgeoning industry.

For starters, Republican House leader Kevin McCarthy, in recent years, has expressed his admiration of Bitcoin, saying he likes the asset and said it will continue to grow and would soon require more attention from lawmakers.

Moreover, McCarthy, who is expected to be the next House Speaker, once proposed that the U.S. government should use blockchain as it will make operations more efficient.

Finally, in February 2022, it was revealed that seven Republican members of the Congress admitted buying or selling cryptocurrencies with most of them going for Bitcoin.

Although nothing is set in stone yet, given the previous stance of Republican officials regarding the digital asset class, it would appear that the crypto community will once again have to agree with Elon Musk on his call for independent voters to side with the GOP.

Meanwhile, crypto enthusiasts on Twitter appear to be pleased by the prospect of having someone they regard as one of their own calling all the shots, despite Musk’s political posturing.

For instance, the price of Dogecoin has been on the rise in the past week, soon after the billionaire’s Twitter takover (DOGE is down 18% as of this writing, data from Coingecko show), and it’s not because of anything Musk tweeted, but rather because one of the cryptocurrency’s most vocal supporters is now at the helm.

Ethereum Loses $1,500 Grip As ETH Heads Down To Correction Phase