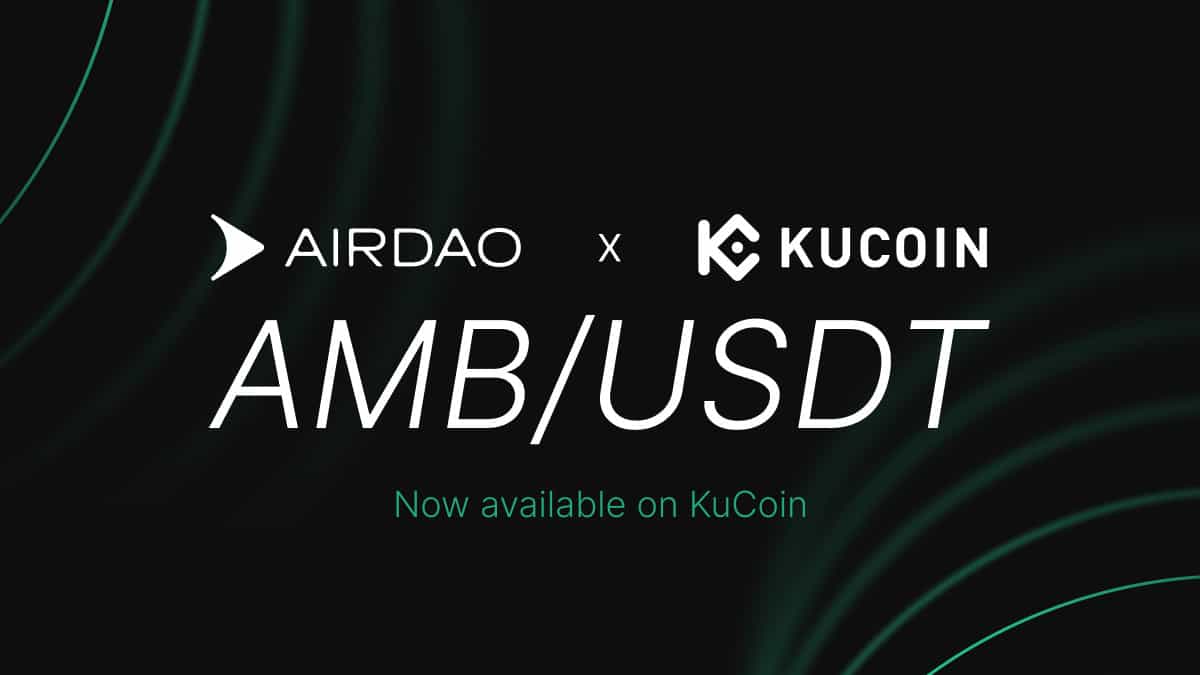 KuCoin has announced it will list AirDAO’s $AMB token with a USDT pair on November 9th.

The announcement gives KuCoin’s 25 million global users the opportunity to participate in AirDAO’s up-and-coming DeFi ecosystem, boosting its rapidly growing international community and marking another exciting exchange listing for AirDAO. KuCoin is running a Net Holding competition as part of the events surrounding the listing, with $30,000 in $AMB tokens up for grabs for participants. Also, KuCoin will launch a Twitter airdrop and a participation reward campaign to promote the listing.

Previously known as Ambrosus, AirDAO is the first DAO to govern a layer-one blockchain. The flagship AirDAO Dashboard simplifies the complexity of DeFi trading into a single intuitive interface of cutting-edge Decentralized Applications (dApps) running on the Ambrosus Network (AMB-NET) — a fast, ultra-secure, layer-one blockchain with low-cost transactions.

AirDAO’s multichain capabilities have expanded with the recent release of the Ethereum Bridge, complementing the BNB Smart Chain Bridge and enabling users to transfer crypto assets from Ethereum to AMB-NET. The Ethereum Bridge marks a giant leap towards AirDAO being an all-in-one, multichain DeFi dashboard and is a landmark update for the nascent ecosystem.

Since its founding in 2017, KuCoin has rapidly expanded from its original seven co-founders to a global team of over 1,000 employees. Along with the fast growth in the number of users and the team, the cumulative trading volume of the KuCoin platform has exceeded $2 trillion, with the highest single-day trading volume exceeding $30 billion. Kucoin leverages cutting-edge technologies to create useful services to improve accessibility to the blockchain revolution — an alignment of interests with AirDAO’s vision for a user-friendly, powerful crypto dashboard that opens Web3 to the world.