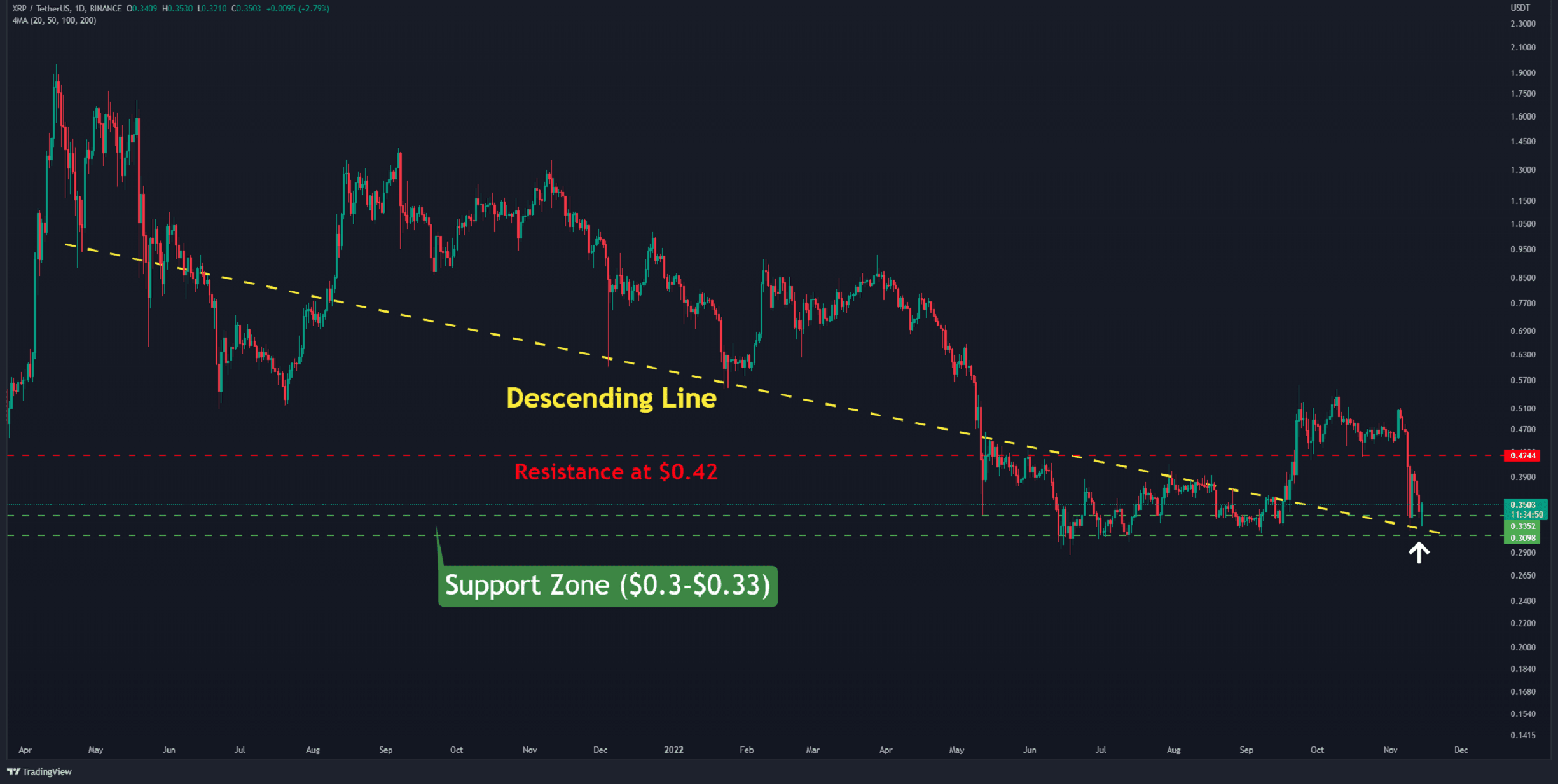 A very disheartening week in the crypto market has come to a close. Ripple saw its second-worst weekly candle since May and dropped more than a third of its market value over the last week.

On the daily chart, the negative momentum slowed marginally as the asset approached the support zone in the $0.3 to $0.33 region (in green). However, this cannot be considered the end of the downward spiral.

After 50 days, XRP hit the descending line (in yellow), which now serves as support. If the pair closes below this level, the price is anticipated to fall to around $0.24- something it has not seen since January 2021. Until the price can reclaim resistance at $0.42 (in red), it is premature to talk about the end of the downtrend.

A break and close below $0.30 would likely be accompanied by heightened selling pressure. In this circumstance, a prolonged bear market becomes very likely.

Against Bitcoin, the chart clearly shows a bearish pattern. The pair breached the horizontal level at 2200 SATs (in yellow), resulting in lower highs and lower lows.

The 100-day moving average (in white) is currently functioning as support, preventing additional dips. However, there is no evidence of the downward trend slowing.

If the price continues to fall, the next level of support will be around 1800 SATs, which coincides with the 200-day moving average (in green).

ETH Attempts a Recovery But is Another Drop to $1,000 In Play? (Ethereum Price Analysis)

Failure Of FTX: The Evil Results Of ‘Altruistic’ Intentions