Bitcoin Trading at Historic Support but is a Drop Below $16K Inevitable? (BTC Price Analysis) 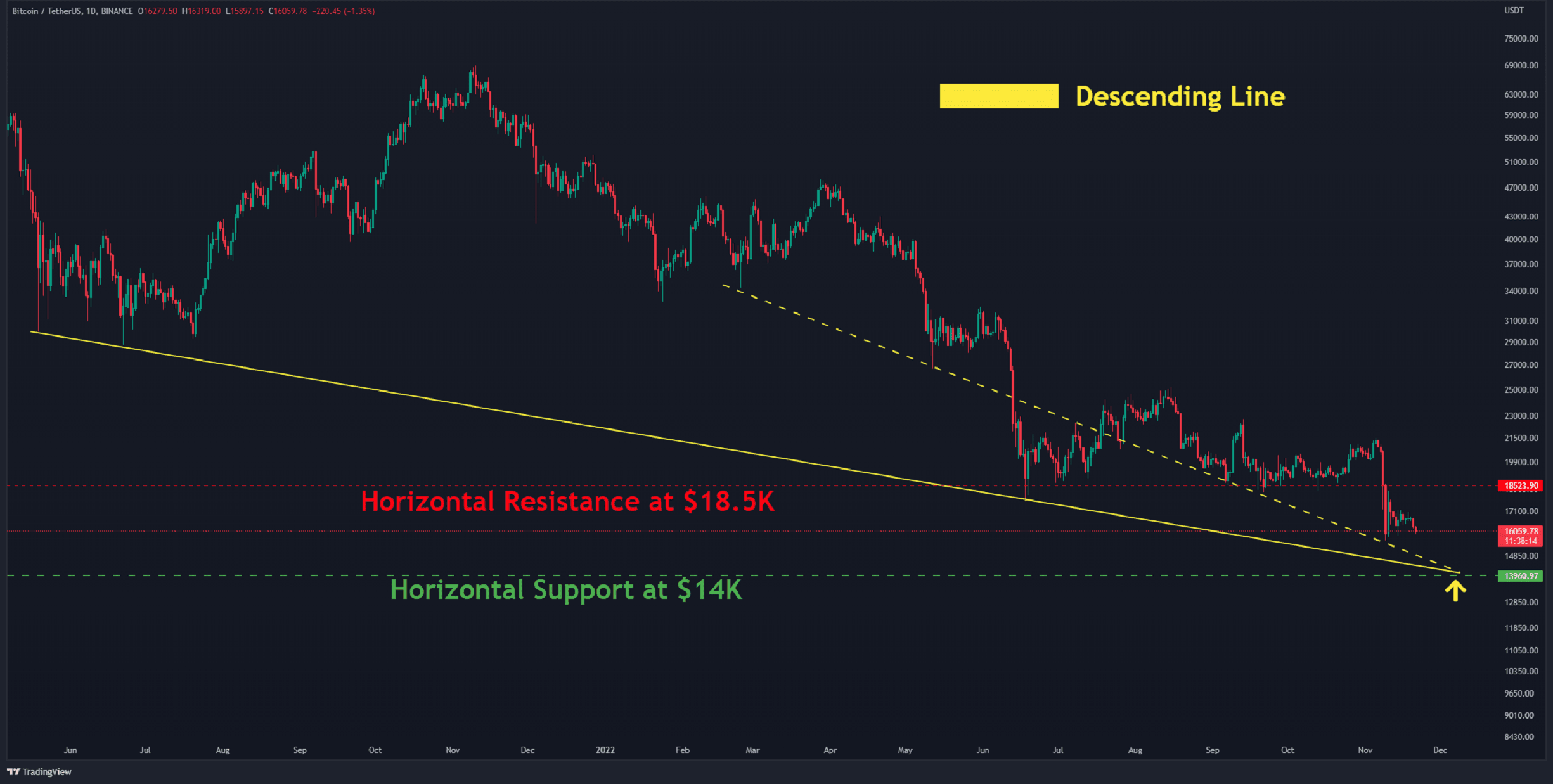 At the time of writing, Bitcoin is trading at $16,100. The following looks at the worst-case scenario in the short term, given the market’s broad pessimistic sentiment.

On the daily chart, there are still no credible positive signs, and the cryptocurrency appears to be trending lower. Since the current market is shrouded in fear and uncertainty, a further decline is not out of the cards.

If Bitcoin continues to fall, the strongest support level is sitting at $14K, which is the intersection of the two descending lines (in yellow) and the horizontal support level (in green).

However, If the asset rises beyond $18.5K, the negative scenario would be invalidated. If that happens, Bitcoin could be set to begin a short-term rally.

This week, the price has been fluctuating in a triangle (in yellow) on the lower timeframe. The two critical levels here are $17K and $15.6K. As demonstrated by the red and green hues, a break from any side followed by a small pullback can define the trend’s direction.

Technically, this pattern is frequently interpreted as a continuation. As a result, because the trend is downward, technical analysts anticipate the negative trend will continue. However, present volatility is driven more by the news. Therefore, it is preferable to pay close attention to the given horizontal levels.

of New Addresses to the Yearly Average

is slightly breaking above the yearly moving average

indicating an expansion in on-chain activity. However, typical improvement of network fundamentals and growing network utilization requires this momentum to keep rising for over 2 months.

Therefore, we should observe this metric before fully confirming the demand returning to the market.

The post Bitcoin Trading at Historic Support but is a Drop Below $16K Inevitable? (BTC Price Analysis) appeared first on CryptoPotato.