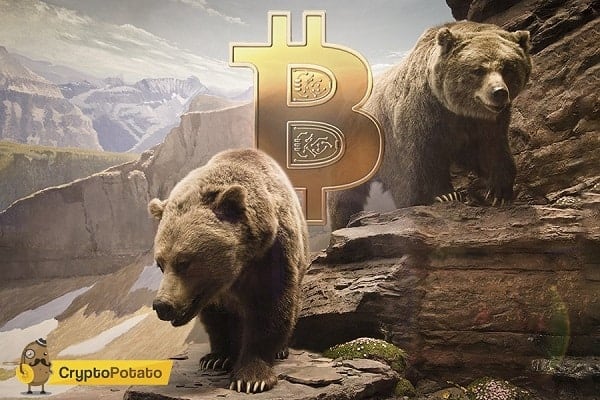 As bad news regarding FTX’s bankruptcy keep appearing in crypto (and mainstream) media, investors have rushed to bet against bitcoin and the crypto market, with bear positions hitting two-year highs.

According to the “Digital Asset Fund Flows Weekly Report” from European cryptocurrency investment firm CoinShares, a bearish sentiment took hold of the crypto market during the last week to such an extent that short positions accounted for 75% of all trades in the market.

This means that the vast majority of institutional investors are betting heavily on the fall of BTC and other cryptocurrencies, such as ETH, which registered the highest amount of shorts ($14M).

1/ What is the crypto market sentiment this week?
A deeply negative one with the largest inflows into short-investments on record.

Our Head of Research @jbutterfill shares his latest insights.
All the data can be found in our weekly report:https://t.co/mCc3kw8twn pic.twitter.com/7Z7HMf8gi9

According to James Butterfill, Head of Research at CoinShares, last week’s BTC short inflows reached $18.4M, representing an increase of more than 10% week on week.

The difference between long and short BTC positions was $4.3M, which according to the report, shows that there is still a lot of uncertainty in the market about the future of the BTC price.

In terms of total assets under management (AuM), the report found that the total of BTC short positions is over $173 million, very close to the record of $186 million.

According to CoinShares, the increase in short inflows is mainly due to the possible “fallout from the FTX collapse.” In 2022, a handful of big players have died at the hand of the brutal crypto market. Celsius, 3AC, Terra, and FTX are some of the most infamous examples.

All this growing fear on the part of investors can be reflected in the withdrawal of more than $6 million from different altcoins such as Solana, XRP, Polygon, and BNB.

According to Bloomberg, between November 6 and 13, several crypto funds withdrew more than $3.7 billion in Bitcoin (BTC) and $2.5 billion in Ethereum (ETH) from various exchanges following the panic caused by the FTX crash.

In addition, over $2 billion in altcoins were withdrawn during the same period, according to reports from CryptoQuant, a crypto analytics firm that tracks data from leading crypto exchanges.

The market’s actions follow what seems to be the market’s sentiment. The Crypto Fear & Greed Index shows that right now, traders are in a state of “extreme fear,” touching 22 points on a scale that goes from 0 to 100, with zero being a theoretical stage of absolute panic where nobody is willing to invest in an asset and 100 is a stage of absolute greed where nobody is willing to sell its assets.

How The FTX Collapse Could Leave Blockfolio Users Exposed