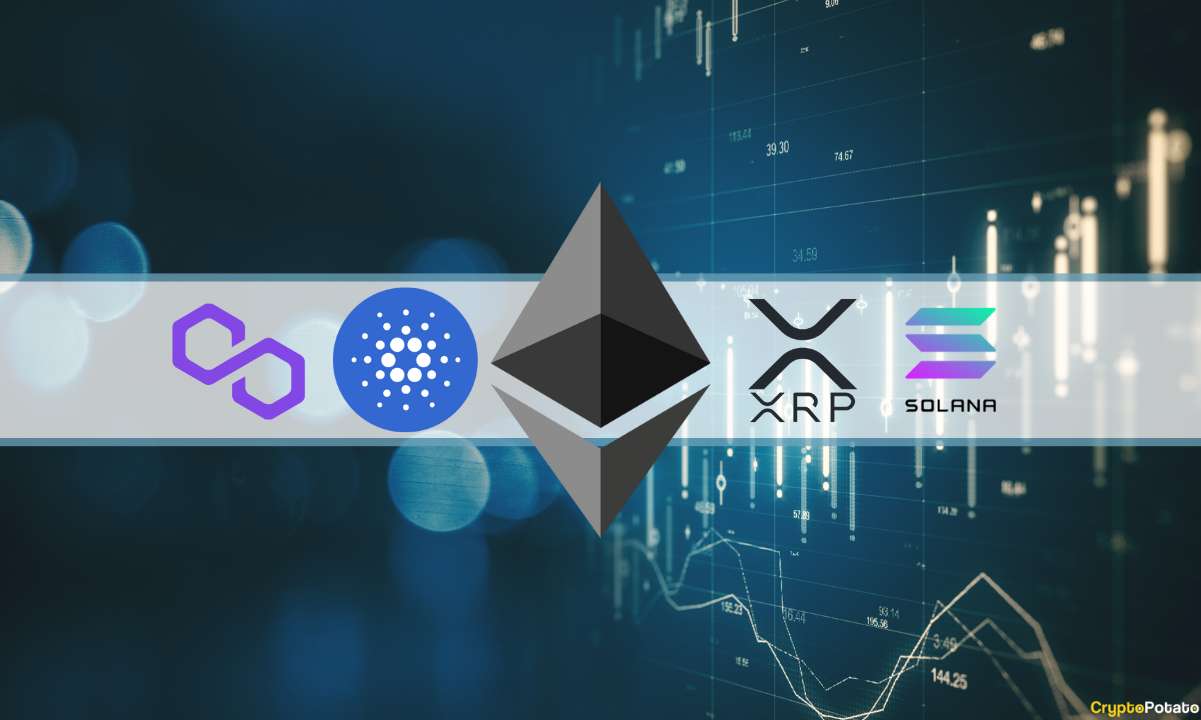 This week, we take a closer look at Ethereum, Ripple, Cardano, Polygon, and Solana

Another week has passed with little excitement for Ethereum investors as volatility was low – likely due to the Christmas holidays. However, ETH’s price did fall by 2% in the past seven days. This is a negligible move in the price, which still remains in a flat trend.

This cryptocurrency remains stuck between the key support at $1,160 and the resistance at $1,240. This channel is intact for the second half of December, and it is unlikely to be broken with the New Year celebrations around the corner.

Looking ahead, the volatility is more likely to return in January 2023. So long as the support levels above $1,000 hold, Ethereum has a chance to break away and attempt to make a higher high. The alternative would see it fall to a three-digit price.

This past week, XRP had a good attempt at breaking the key resistance at $0.36 but was swiftly rejected by the bears. For this reason, the price fell by 3.4%, and XRP is now found just above the support at $0.33.

Should buyers hold here, then it’s likely that XRP moves sideways between the key levels. However, any weakness could quickly be exploited by sellers that could push the price back to $0.30, which is a critical support that must hold.

If buyers fail to stop this downtrend, then this cryptocurrency will quickly find itself in a precarious situation, particularly if it loses the support at $0.30. That would open the path to lower lows in 2023, which would make the new year start with a bearish price action.

Cardano is about to close 2022 as one of its worst years. With a new low in 2022 at $0.24, there seems to be no stop to the current downtrend. After losing 5.7% of its valuation in the past seven days, ADA is still in search of support.

At this time, the most likely support level to stop the downtrend is found at $0.20. This key level may provide ADA with some relief because it could entice buyers to finally return after being absent for most of 2022.

Looking ahead, the outlook for this cryptocurrency remains bearish after losing more than 92% of its valuation since its all-time high at above $3. Hopefully, in 2023, ADA will be able to find support and start a sustained reversal to recover some of these most recent losses.

Polygon should consider itself lucky despite losing 4.8% of its valuation in the past week, particularly when compared to ADA or SOL. This is because, at 75 cents currently, MATIC managed to stay far away from its yearly low in June when the price fell to 32 cents.

Nevertheless, pressure is building up as buyers appear to be on the defensive again, trying to keep the cryptocurrency above the key support at $0.74. The price action also shows that a decisive move appears imminent.

Looking ahead, repeated tests of the key support at $0.74 could be interpreted as bearish. If bulls fail to hold here, it would open the way for sellers to take MATIC back toward its June levels in the first half of 2023.

Solana is one of the worst performers of 2022 after a 96% price crash since its all-time high. To make matters worst, SOL’s price also lost 22% of its valuations in the past week.

Moreover, the cryptocurrency also fell under $10 and is currently struggling to hold above $9. Considering the historical price action, it seems unlikely for Solana to find good support until $5. Such a crash in its price, after nearly reaching $260 in 2022, is stunning.

The reason for this most recent crash could be attributed to major projects and developers choosing to move away from Solana after the FTX implosion. This has shaken investors’ trust in its future, making the outlook for Solana quite grim as it enters 2023.