Ripple vs. SEC Verdict Likely As Hinman Docs Not So Important? Lawyers Argue

Probably the most pressing question for the XRP community at the moment is how the lawsuit between Ripple Labs and the US Securities and Exchange Commission will end. In addition to a ruling in favor of Ripple, the community is also hoping for a settlement that could impose a penalty on Ripple but classify all present XRP sales as non-security.

Attorney John E. Deaton, who is representing 75,000 XRP investors in the lawsuit with an amicus brief, recently put up a poll on Twitter about what outcome the community expects in 2023. Out of 18,000 votes, 59% of people said they expected a settlement between Ripple and the SEC.

Surprisingly, Deaton has changed his mind and is among the 39% who expect a verdict by Judge Analisa Torres. As the attorney explains, he originally believed that the ominous Hinman documents were “extremely valuable” to Ripple and “extremely damaging” to the SEC.

Hinman Docs Not A Bargaining Chip For Ripple?

Prior to reading the last two Ripple Briefs, I believed it was likely that XRP was referenced in the emails. Since ETH was getting a regulatory free pass, I believed it possible, if not likely, that someone in the Hinman speech email chain might’ve asked, “What about XRP?

Deaton no longer holds that view. He doesn’t believe XRP was mentioned in emails, comments, or drafts any longer. If XRP itself had been mentioned in the emails, Ripple lawyers would certainly have mentioned it in the briefs, Deaton says.

According to the attorney, it may have simply been a statement that simply owning a quantity of an asset or token is not enough to satisfy the common enterprise factor under Howey, despite the SEC’s assertion to the contrary.

Since the emails and comments are probably not as damning to SEC as originally believed, and thus would defeat its entire crypto regulatory strategy, Deaton believes a settlement is no longer the most likely outcome.

IMO, the only other reason for Gensler to settle is to avoid a ruling setting a bad precedent for the SEC as it goes against other tokens. But, tbh, I just don’t think he’s too worried about it. […]

I don’t believe he’s going to settle and publicly agree that ongoing and future XRP sales, including in the secondary market, are non-securities.

However, another XRP community lawyer, Bill Morgan, partially disagrees with Deaton. According to the Australian, it is likely that the SEC will decide the sealing issue in his favor on procedural grounds, so Ripple will not be able to use the Hinman documents as a bargaining chip for a settlement.

However, Morgan does not believe that this means there will be no settlement or that it is any less likely. According to the attorney, there is a lot at stake for the SEC if the inapplicability of the Howey test to XRP were to be determined.

There is a lot for the SEC to lose if Ripple’s arguments on the blue sky cases issue & common enterprise are accepted by Judge Torres. The stakes for both parties are high and this consideration or the risks of losing should only be more severe to both parties with the SJ motions having been fully briefed.

A defeat against Ripple would also undermine the SEC’s plan to expand its reach into the secondary market of crypto trading. That’s why Morgan believes there’s still a good chance of a settlement.

As Bitcoinist reported, January 18th is the last important date before Judge Torres works out a verdict, if no settlement agreement is announced at any time.

At press time, XRP was trading at $0.3444 after starting the Asian trading session down a whopping 12% and seeing a quick uptick again. 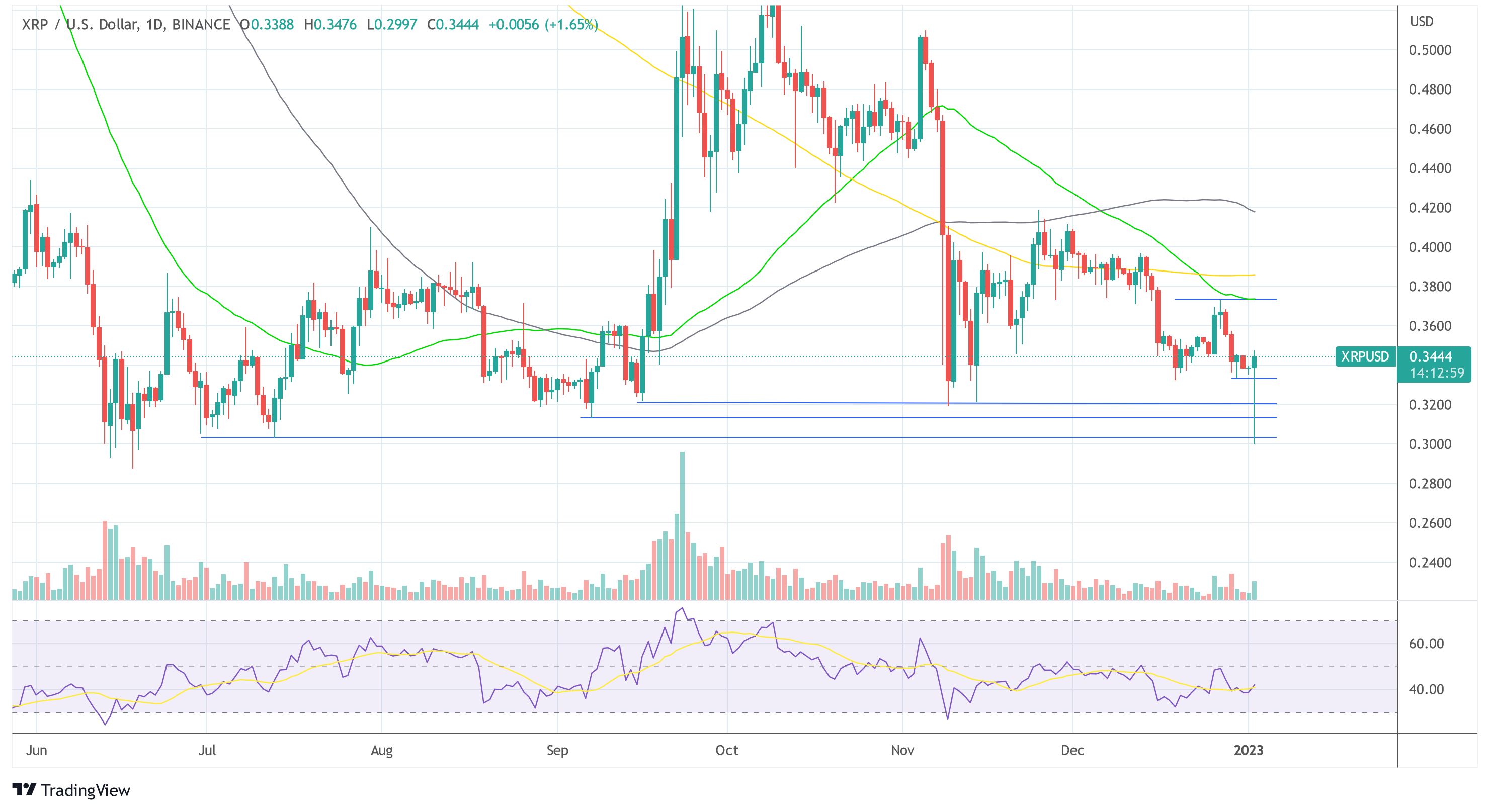 Top 5 Cryptocurrencies To Monitor This Week