As the war in Ukraine continues in its 10th month, the Russian Federation recently announced a possible increase in energy production as demand from crypto miners increased.

This increase in crypto mining can be attributed to the Federation’s push to legalize the use of crypto as a means to conduct international trade.

The Russian energy minister has admitted that the industry’s rising need for electricity may necessitate the installation of additional power plants in Siberia.

Russia has been the subject of controversy both domestic and international since the start of its “special military operation” in Ukraine.

The country, already sanctioned by the European Union and the United States, now has international assets seized and its banking system cut from the SWIFT protocol. 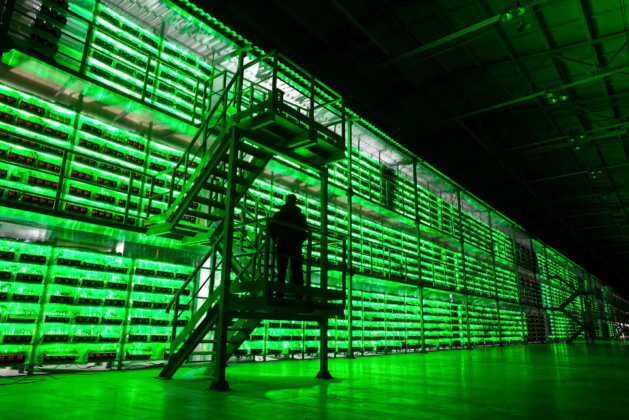 Is Crypto The Answer To Russia’s Woes?

Nikolay Shulginov, Russia’s Minister of Energy, has acknowledged the growing need for energy from cryptocurrency miners in certain regions of Siberia.

According to reports in the local press and in crypto-focused media, Shulginov is aware that more power facilities would be needed to meet their demands.

Russia has followed India in the regulation of digital assets with Moscow even considering a digital Ruble as they tend to the crypto miners’ need for energy.

This fundamental switch in sentiment from outright banning cryptocurrency to legalizing it is courtesy of the West’s sanctions on the country.

However, even though the country has experienced a mining revenue boom last year, it is still not sold on the idea of allowing its citizens to use crypto as a means for payment. Instead, the Russian Federation seeks to use crypto to “boost foreign trade.”

Russia: On War And Crypto

Shulginov pointed out that:

“The position of the Ministry of Energy has always been based on the need to create working conditions for mining.”

An increase in energy production just to cater for crypto mining will certainly have an effect on the cryptocurrency market. In January 2022, for example, the country contributed 8.7% to the total hashrate of Bitcoin.

This could mean more mineable cryptocurrencies would enter the market, driving the price downwards. But with the Federation’s outlook on crypto as a means to conduct and boost international trade, this drop could be minimal but can still be felt, especially in major cryptocurrencies like Ethereum and Bitcoin.

With both legalization and regulation of digital assets and increase in mining activity in the country, Russia might be set on becoming a hub of Web3 and DeFi once the war on Ukraine ends and the subsequent consequences attributed to it.

As 2023 marches on, only time will tell if crypto will have an effect on Russia’s beleaguered economy and how will the crypto market react to it.

Crypto is Here to Stay Despite Terrible 2022: World Economic Forum