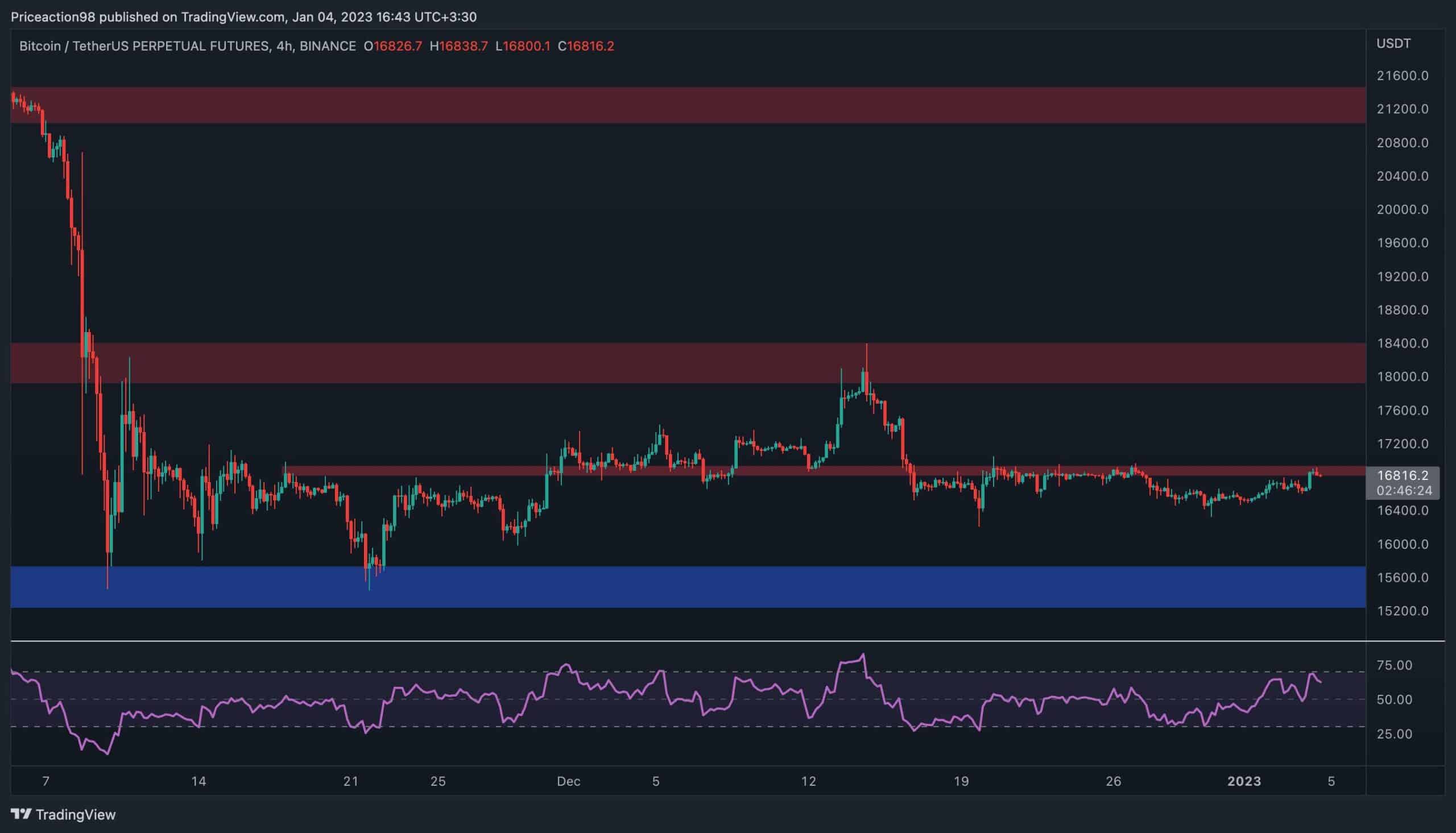 As we head into 2023, the markets are beginning to show some interesting movements, and Bitcoin is no exception. Its price is currently testing a key resistance zone, and the outcome would likely determine the short-term trend for the crypto market.

On the daily timeframe, the price seems to be closing in on finally disrupting the consolidation of the last few weeks, as the 50-day moving average is being tested once more around the $16,800 mark.

However, as the price is yet to successfully climb above the 50-day moving average, there is still a considerable chance for rejection, which could result in a drop toward the $15K support level.

Things appear trickier on the 4-hour timeframe, as the price action has been showing signs of rejection from the $16,800 level.

The RSI indicator should also be monitored closely as it is approaching the overbought zone of above 70%, a signal which could hint at rejection and a bearish reversal. In this case, the price could increase toward the $15,500 support area.

Still, it would be too soon to call it a bearish move, as the price is ranging near the resistance level and could showcase an impulsive break above it later in the day.

To summarize, the market is in a very crucial area, so the next few days, and potentially even hours, would likely decide the short-term trend based on the price’s reaction to the $16,800 area.

The following chart consists of the Exchange to Exchange Flow (Spot to Derivatives Exchanges) metric alongside Bitcoin’s price. Evidently, derivatives markets are closely correlated with both the bullish and bearish stages of the market.

An increase in the metric indicates higher activity in the derivatives markets. Typically, participants use derivatives exchanges to manage their risk and exposure to the market, and a few use the leverage option to expand their profits.

Based on the graph, the 365-day moving average of the metric surged during the Bitcoin bull markets while, conversely, it declined during the bear markets – showing a high correlation.

Currently, the metric is plummeting with significant momentum. Therefore, it might be too early for Bitcoin to start a bull market, as the metric still has room to decline.