The year 2023 is showing, at least in part, renewed investor sentiment on the Bitcoin market. According to CoinMarketCap, the total market capitalization of cryptocurrencies currently stands at $846.4 billion. Only a 1% decrease from yesterday’s $853.9 billion market cap.

This surge in market valuation can be attributed to recent bullish price actions in the market. Based on data by CoinGecko, major cryptocurrencies Bitcoin and Ethereum are all experiencing a surge in price with BTC even breaking through its $17,000 resistance level.

This rising trend in prices, however, is not continuous according to CryptoCapo. 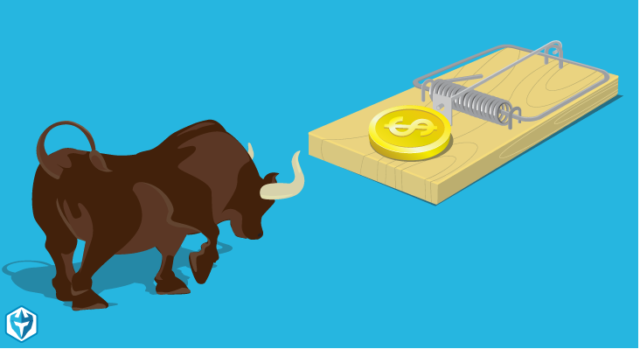 A bull trap happens when a trader or investor purchases an asset that breaches a resistance level; this is a frequent approach based on technical analysis. Despite the fact that most breakouts are followed by substantial gains, the security could swiftly make a U-turn.

Now, even when Bitcoin surpasses $17,000, the pseudonymous analyst known in the industry as Capo tweets to his 698,800 followers that he anticipates a market correction. 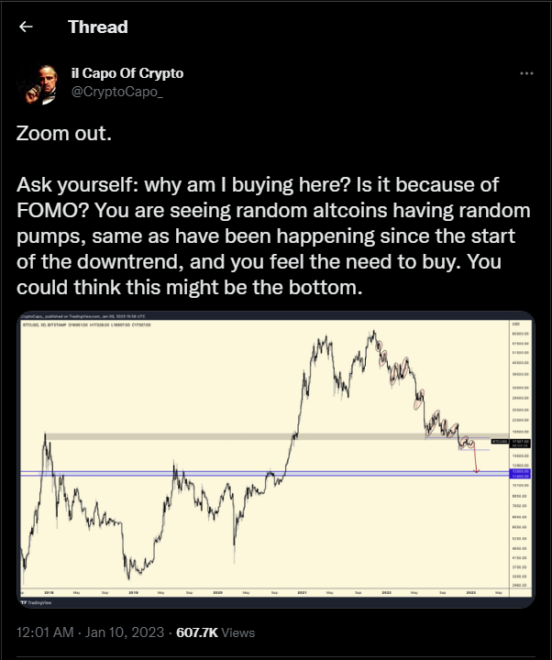 The Spotlight Is On Bitcoin

With the king crypto leading the charge, CryptoCapo’s view of Bitcoin is still bearish. His recent tweet read:

“Zoom out.  Ask yourself: why am I buying here? Is it because of FOMO? You are seeing random altcoins having random pumps, same as have been happening since the start of the downtrend, and you feel the need to buy. You could think this might be the bottom.”

However, this sentiment was met with a pushback. According to one user, Bitcoin has been following a four-year market cycle. If this cycle is not broken by BTC, this year will be the accumulation period which precedes next year’s bull market.

But then a question arises as to whether this rally led by BTC is sustainable. According to CoinGecko, all of the major gainers in the current rally are random altcoins as mentioned by CryptoCapo. But with the market anticipating a better macroeconomic situation, the rally of “random altcoins” might continue in the next couple of days.

Here’s one of Capo’s most recent tweets: 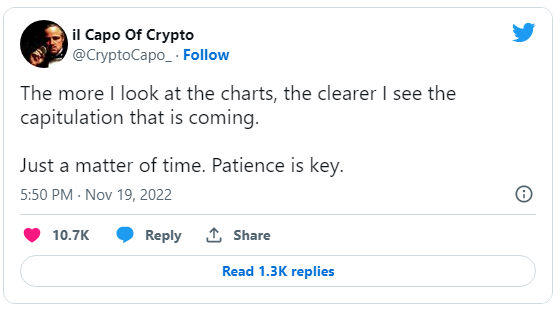 Crypto And Macro And How They’re Intertwined

Macroeconomic indicators have an effect on the cryptocurrency market. CryptoCapo, however, seems to be bearish on the macro side as he predicts that the S&P 500 would have another bearish episode before recovery.

With the Consumer Price Index (CPI) data about to be released this week, it remains to be seen whether the macros are in support of this crypto rally. But with Bitcoin facing a stronger resistance at $17,552, this rally that the entire market followed may be in danger of a massive correction.

Long-term, if BTC continues to follow its four-year market cycle, a rally led by Bitcoin would bring enormous gains for the crypto market.

Short to mid-term, however, investors should keep an eye on the CPI data being released this week as this would determine the U.S. Federal Reserve’s stance on the market.

Change of Heart: Logan Paul Apologizes to Coffeezilla Amidst Fallout Over NFT Project

Solana Moves On From FTX Calamity, Sparkles 46% In Last 7 Days