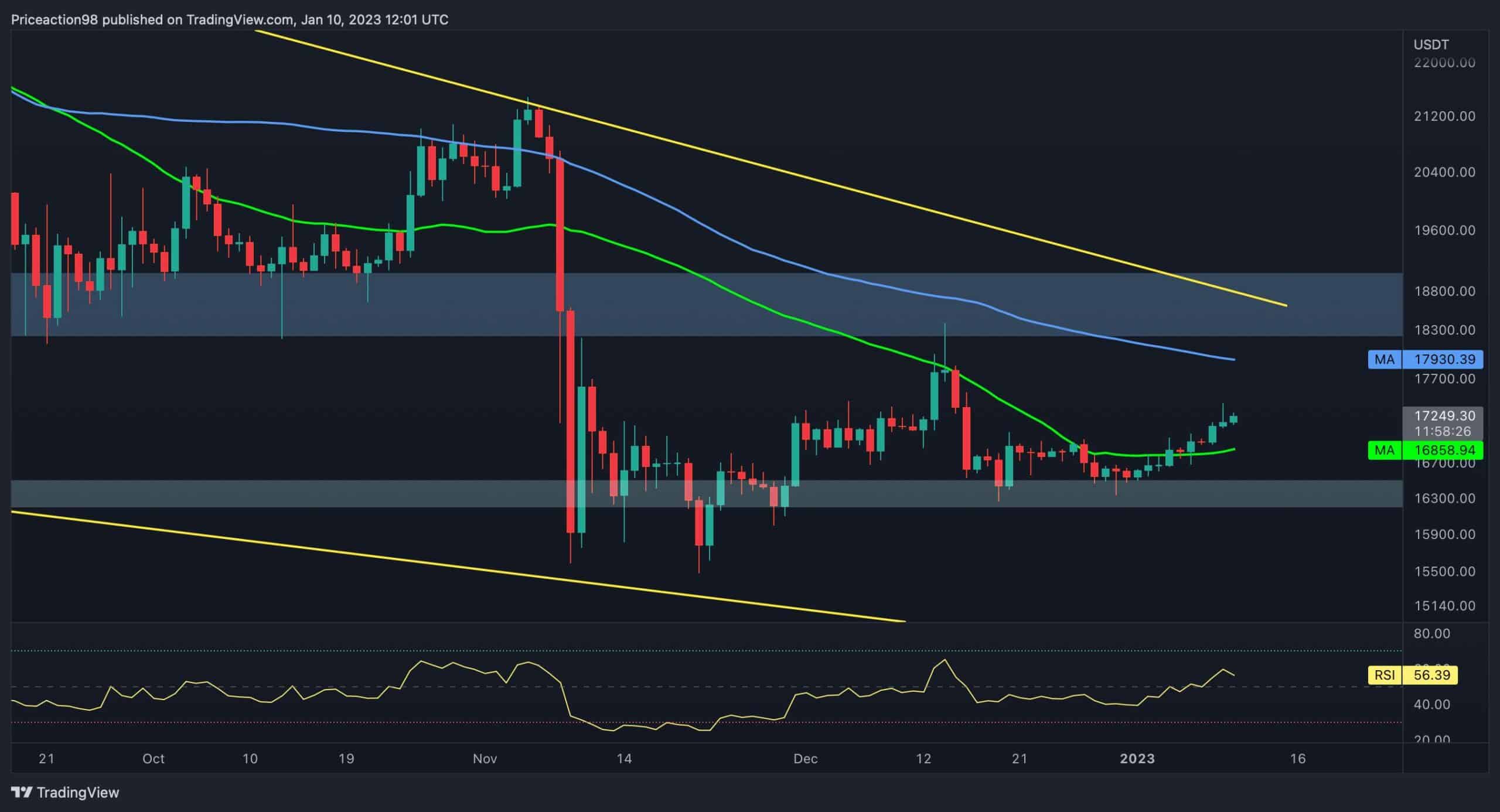 Bitcoin’s price has initiated a rally after finding solid support at around $16.5K and breaking the 50-day moving average. However, the bullish momentum has weakened as the price faces a critical resistance level.

After a short-term consolidation at the $16.5K support level, the price has finally started an uptrend and surpassed the 50-day moving average, which was serving as substantial resistance during the last few months.

It’s perhaps safe to say that this latest rally was somewhat expected as the moving average was surpassed. however, the positive momentum seems to be on a pause, and the price now faces the 100 DMA that’s located at around $17.9K as the next important target.

If Bitcoin moves beyond the aforementioned level, a move toward the multi-month descending wedge’s upper trendline becomes more likely.

In the 4-hour timeframe, a double-bottom reversal pattern can be seen at the $16.5K level. After breaking the neckline, the price has been forming higher highs and higher lows and reached the Fibonacci retracement level of 0.5. The region between the 0.5-0.618 Fibonacci levels is regarded as a significant resistance zone in the correction stages of the market. In light of this, the cryptocurrency is currently facing a vital resistance zone and is attempting to surpass it.

Yet, the bullish momentum is not very promising. A rejection followed by a short-term consolidation stage between the $16.5K support and the $17.5K resistance level could be a possible outcome.

The Exchange Reserve metric represents the total number of coins held in exchanges. A considerable surge in the metric typically indicates higher selling pressure and has been indicative of a trend reversal overall.

As the chart depicts, a slight recovery can be observed right before each substantial price crash during the recent significant bearish market stage from the $69K all-time high to the $15K low. This might signify people are sending their Bitcoins to exchanges to distribute.

The metric is recovering slightly after the price broke a vital resistance region and started increasing. The big players might consider this recent rally a selling opportunity to realize their profits before further crashes. If so, the market could potentially face another bearish leg in the mid-term.

Why The VIX Could Predict A 20% Bitcoin And Crypto Rally