Binance Says There Were Flaws In Maintaining BUSD Peg

Binance’s BUSD stablecoin is currently one of the largest in the crypto sector, but there have been concerns about the stability of the asset, especially with the collapse of the Terra UST stablecoin. Most concerns were raised around the collateral used to back the coin and Binance itself has admitted to some flaws in the way that the peg was maintained.

Raising The Issues Around BUSD Peg

Now, for those who don’t know, the first version of BUSD was created on the Ethereum blockchain in conjunction with Paxos. This version of the stablecoin is regulated and entirely backed by a dollar equivalent. However, Binance, which launched its own blockchain in 2020, began minting BUSD on BSC. 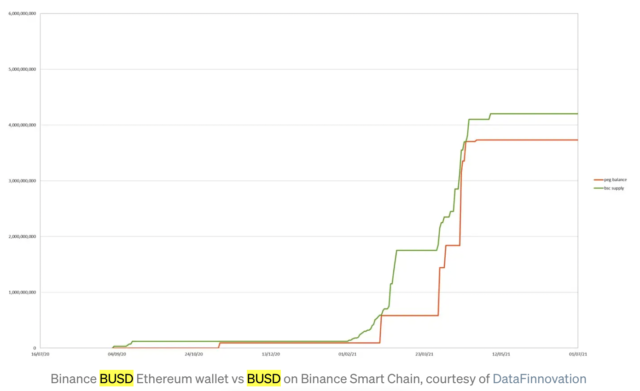 The problem arose when it was revealed that the Ethereum wallet that was supposed to hold the equivalent BUSD minted on BSC actually held less BUSD than the stablecoins circulating on the Binance Chain, and it happened more than once.

This simply meant that BUSD on BSC was not accurately collateralized at some points. And what’s more, is that someone was seemingly able to mint more BUSD tokens without having the equivalent on the ETH blockchain as collateral.

In a report, Bloomberg revealed that a Binance spokesperson confirmed that there were flaws in the way that the treasury for BUSD was managed. Apparently, the problem arose from this process involving many teams, in the end, leading to operational delays.

However, the spokesperson added that the crypto exchange has since moved to rectify these inefficiencies, reiterating that it had no impact on users and their ability to redeem their tokens. “The user will get their Binance-Peg BUSD, and the same value of BUSD is locked on Ethereum and backed by US dollars,” the spokesperson said in the email to Bloomberg.

The fears around the stability of BUSD are not unfounded given that multiple stablecoins have completely collapsed in the past year. Currently, USDD, the decentralized stablecoin of the TRON network, is trading under $1 after slipping below the peg on December 11.

Here’s the Next Target for Ethereum if $1,300 Holds (ETH Price Analysis)