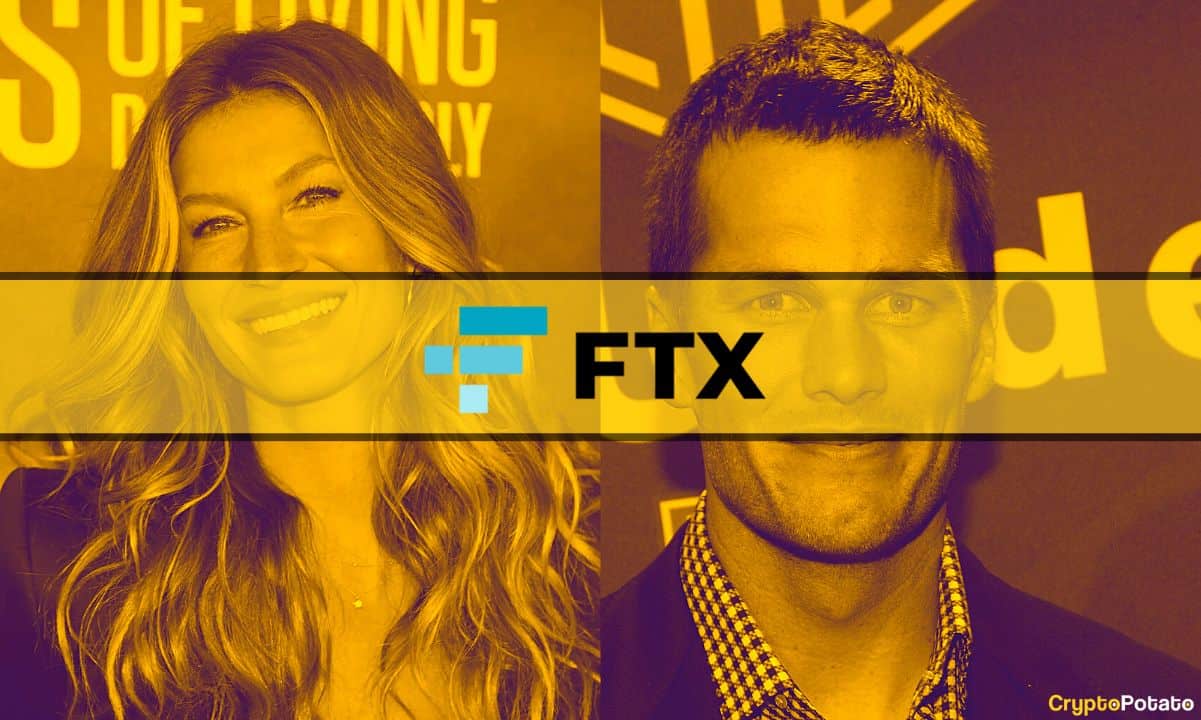 The NFL legend Tom Brady and his ex-wife Gisele Bundchen collectively own nearly 1.8 million FTX shares. Their investment will most likely be entirely wiped out due to the exchange’s demise in November.

Other prominent people and companies who invested in the former crypto giant include the likes of Kevin O’Leary, Robert Kraft, Thoma Bravo, and Sequoia Capital.

Who Has FTX Shares?

One of crypto’s most catastrophic events – the crash of FTX – caused multi-billion financial losses to numerous clients and investors. And while those who deposited money on the platform have a slight chance to receive some sort of compensation, this is highly unlikely for the individuals who purchased shares of the exchange.

The list of prominent figures who bought an equity stake in FTX spreads far and wide, and the name of Tom Brady sits at the top. Arguably the greatest NFL athlete owns over 1.1 million common shares of FTX, while his ex-spouse – Gisele Bundchen – has 686,761 stocks.

The American billionaire and owner of The New England Patriots – Robert Kraft – purchased 110,000 Series B Preferred shares of FTX Trading and 479,000 common shares.

The popular TV personality and a keen proponent of the cryptocurrency industry – Kevin O’Leary – comes next. Mr. Wonderful owns 139,000 Class A Common shares and 12,631 Series A Preferred shares of West Realm Shires (the firm that controls FTX US). Additionally, his investment platform – O’Leary Ventures – has 25,944 common shares and 6,486 Series B-1 Preferred shares of FTX Trading.

The Canadian also served as an ambassador of the platform, for which he inked a $15 million deal. He declared in October (a few weeks before the exchange’s doom) that FTX is among the safest places for investors.

Justice Instead of Reimbursement?

The former CEO of FTX – Sam Bankman-Fried (SBF) – and other executives stepped down at the same time when the trading venue filed for bankruptcy protection. The new boss John Ray, though, could not assure that customers will be refunded for their losses:

“At the end of the day, we’re not going to be able to recover all the losses here.”

Being aware that reimbursing is an arduous task, investors could at least expect some sort of justice and jail time for the people responsible for the crash.

The alleged main culprit – SBF – spent a week in the Bahamian Fox Hill Prison before the authorities deported him to the USA a few days before Christmas. He was released on a record $250 million bond and currently lives at his parents’ house.

He recently pleaded not guilty to the accusations that he knowingly defrauded investors and was involved in wire fraud and money laundering operations. His trial date is set for October 2.

On the contrary, Caroline Ellison and Gary Wang – former executives at FTX and its sister company Alameda Research – pleaded guilty that they had a connection to the exchange’s fall and the investor losses.

The post Here’s the Amount of FTX Shares Tom Brady and Gisele Bundchen Will Probably Lose appeared first on CryptoPotato.

Altcoin Volume Dominance At Highest Since Jan 2021, Trouble For Bitcoin?