Reports have emerged that the offices of crypto lender Nexo have been raided by Bulgarian authorities. The Switzerland-based company has been the subject of liquidity rumors for a few months now, but according to the reports, the cryptocurrency company is being investigated for something much more sinister.

Bulgarian Authorities Move In On Nexo

In what is said to be part of an ongoing investigation, Bulgarian authorities have moved in on Nexo offices in the country. The crypto company, which is currently being investigated for financial crimes such as money laundering saw significant police presence in its offices on Thursday.

The company had first come under the radar of authorities for allegedly circumventing Russian sanctions. Additionally, it is suspected that the founders of the company had misappropriated user funds, and are said to be involved in financial crimes.

Nexo, which promised yield on all deposited bitcoin and cryptocurrencies operates primarily out of its Bulgarian offices. The raid was carried out by the Prosecutor’s Office and the Ministry of Internal Affairs as part of the ongoing investigation. 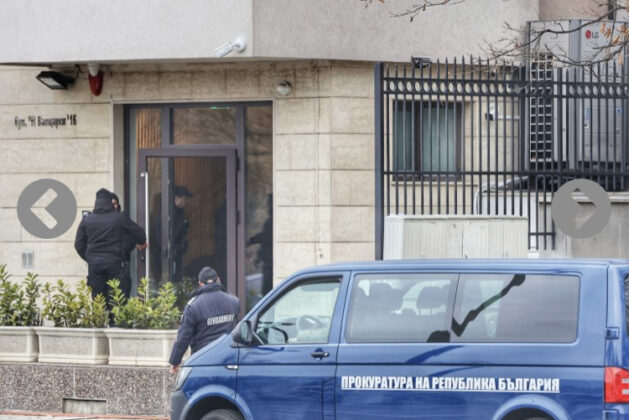 The New York prosecutor’s office has previously sued the company because it circumvented Russian sanctions placed by the United States, as well as sanctions from the United Kingdom and the European Union. Nexo has also been under an international investigation for a few months now.

Currently, there are actions to investigate and question witnesses at the National Investigation Service. On the territory of the capital, there are massive actions to investigate, with aim of neutralizing the illegal and criminal activity of the crypto bank Nexo. This bank has created and maintains a multinational platform for trade and lending cryptocurrency. Pre-trial proceedings have been filed, alleging that the main organizers of the activity are Bulgarian citizens and its main activity is carried out from the territory of Bulgaria.

The task force working on the Nexo case consists of over 300 agents, according to Mileva, and the company is accused of running an organized crime group to carry out financial crimes.

Nexo responded to the raid after images of the raid went viral on social media, saying that the company maintains “very stringent anti-money laundering and know-your-customer policies.”

Unfortunately, with the recent regulatory crackdown on crypto, some regulators have recently adopted the kick first, ask questions later approach. In corrupt countries, it is bordering with racketeering, but that too shall pass. 6/

“We are always cooperating with the relevant authorities and regulators, and we are hopeful that we will have some exciting news in the weeks to come,” the company said.