Reserve Bank of India Governor Shaktikanta Das has no love for crypto. In fact, he wants to get rid of it through an outright ban, saying that these “are nothing but gambling.”

Das said in his speech at a conference on Friday that RBI’s stance on cryptocurrency remains unchanged.

The bank official disclosed that digital currencies cannot be considered as a financial product and must be treated like “gambling activities.”

The RBI has been vocal about its opposition to such currencies and also took a lead over other central banks by launching its own central bank digital currency (CBDC) late last October. 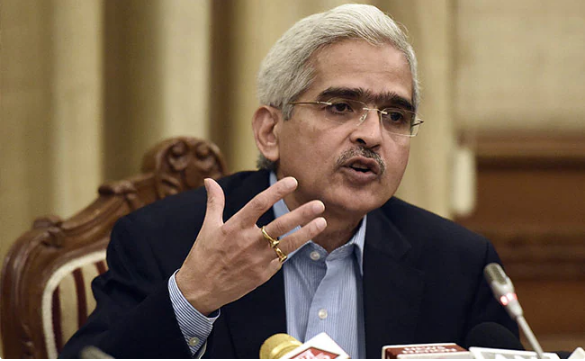 Why RBI Governor Wants To Get Rid Of Crypto

Das explained further why he wants an outright ban on cryptocurrencies. He said that besides the commonly known danger of terror funding associated with these asset types, their definition is very unclear.

“Some people call it as an asset, while others call it as a financial product and if that be the case, it has to have some underline,” he said. “In the case of crypto, there is no underline.”

Bitcoin is a hot topic in India, but the government isn’t taking it lightly. In a recent statement, the RBI said:

The RBI’s official stance on bitcoin comes after reports that the system implemented by the now-defunct exchange FTX has failed. The report also mentioned that there are rumors about the RBI’s plans to ban digital currency in India.

However, on the macro-level, the RBI governor said:

“Cryptocurrencies have the potential to become a means of exchange for doing a transaction. Most of it is dollar denominated and if one allows it to grow, which means 20 percent of the transactions is happening through crypto, that means it is not happening by the central bank and it is issued by private companies all over the world.”

If this happens and people start using crypto instead of dollars —and they do — then RBI will lose control over the money supply in the economy.

On Bitcoin & The US Dollar’s Influence

Some analysts say that if bitcoin were truly a financial product, then there would be specific rules for it. And that’s simply not the case.

In fact, most digital currencies are dollar-denominated. That means they’re used to make transactions with fiat currency, which means they’re not issued by central banks and they’re not used to control money supply in the economy. And that means that the RBI has lost control over it.

Meanwhile, warning that legalizing bitcoin will increase dollarization of the economy, Das stated that the claim that digital assets disguised as a financial product or financial asset is utterly wrong.

-Featured image by The Youth