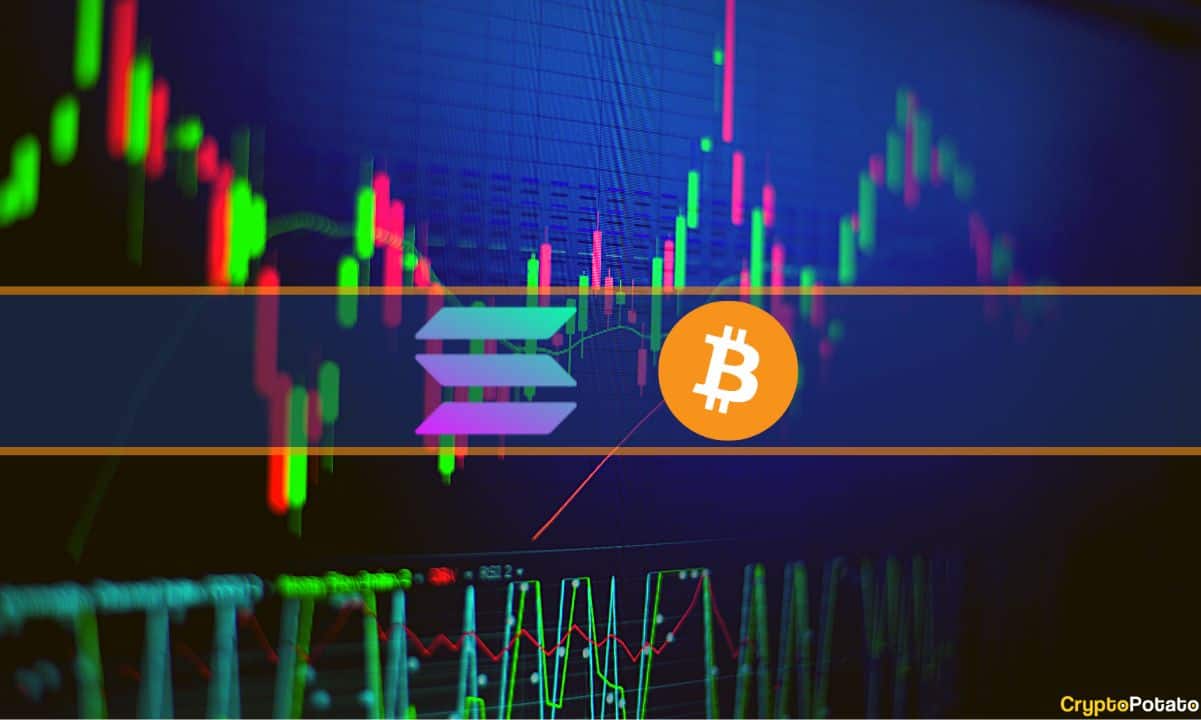 Following a minor correction on Sunday, bitcoin went on the offensive once more hours later and tapped a new 10-week high above $21,000.

Solana and Shiba Inu lead the altcoin charge with notable gains, followed by CRO, APT, NEAR, and others.

Saturday morning saw another massive surge, this time to just over $21,000. The bears tried to intervene on Sunday and pushed the cryptocurrency to inches below that level.

However, the bulls stepped up once more on Monday morning and drove BTC north to $21,430 (on Bitstamp). Bitcoin has not been this high since before the FTX meltdown, which started to unfold in early November.

Despite retracing slightly since this local peak, BTC is still in the green on a daily scale. Its market capitalization topped $400 billion earlier, and its dominance over the altcoins is at 41%.

The altcoins registered impressive gains in the past two weeks as well. Solana has been at the forefront of the offensive, almost tripling its value in this timeframe.

The past 24 hours brought another notable price surge for SOL. This resulted in exceeding $24 to chart a multi-month high of its own.

Shiba Inu is up by 5% as the team behind the project provided more details on the upcoming Shibarium.

Ethereum, which turned deflationary today once again, is north of $1,500 following a minor daily increase.

Crypto.com’s native cryptocurrency has exploded by 10% and trades above $0.08. APT and MANA are up by double digits to $8 and $0.7, respectively.

The cumulative market capitalization has added around $10 billion daily, but it’s still not able to touch $1 trillion on CoinMarketCap, even though it did so on CoinGecko during the weekend.

FTX’s FTT Token Spikes 43%, A Revival In The Works?